Some residents object to exhibition space, arguing that the artist’s work is pornographic 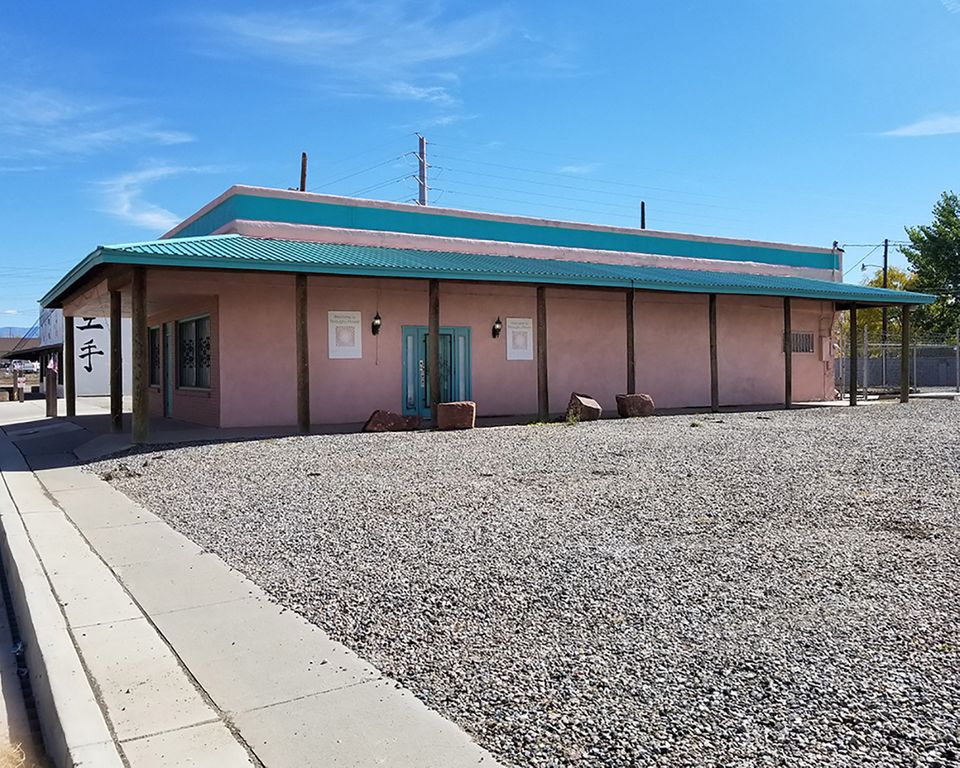 A building in Belen, New Mexico where a Judy Chicago museum was proposed Courtesy of Through the Flower

A proposed museum housing works by Judy Chicago and her husband has divided the artist’s hometown in New Mexico, echoing the controversy that greeted her groundbreaking feminist installation The Dinner Party four decades ago.

Chicago and her husband, the photographer Donald Woodman, have lived in the town, Belen, since 1996. Last summer they were approached by Jerah Cordova, Belen’s mayor, about opening a museum in a local building owned by Through the Flower, a nonprofit organisation that was established by Chicago in 1978 largely to fund and maintain The Dinner Party (1975-79), which today resides at the Brooklyn Museum in New York.

Chicago had hosted public programs in the building, but it had been inactive in recent years while she worked on numerous projects. It is cater-cornered to the old Belen Hotel, a two-story brick building on a downtown street corner that Chicago and Woodman renovated long ago for use as their home and studios.

“We've always tried to be good citizens in the town.” Chicago says. “We agreed to reopen TTF and work with them to create a permanent exhibition about our lives in Belen and a changing exhibition of some of our work.” The proposal called for a minimal investment of a half-time position to be funded by the town; Chicago’s organisation would cover the rest. “We also wanted some help from the local librarian to help turn TTF's collection of art books into a library that locals could use,” the artist says.

When the museum proposal was discussed at a local City Council meeting in October, objections arose from some church leaders and city councilmen, who described Chicago’s feminist art as pornographic. For the artist, it brought back memories of 1979, when The Dinner Party, a triangular banquet table with plates featuring vulvar and butterfly motifs, was first displayed and generated controversy. As one detractor in Belen put it, the opponents are averse to “vaginas on plates”, despite the fact that none of the work associated with The Dinner Party was available for the museum space.

After further objections arose at another City Council meeting this month, the board of Through the Flower issued a statement backing away from a collaboration with the town. “Although we deeply appreciate the support and good intentions of many in our community, after watching the proceedings of the City Council meeting and some of the uninformed and insulting” comments on Facebook, “the board of Through the Flower has decided that it does not wish to partner with the city,” it read. “Please do not proceed any further.”

In an email conversation with The Art Newspaper, Chicago said she had realised that the museum proposal had “become a lightning rod for many other issues that have nothing to do with art”.

Some residents of Belen warmly supported the proposal. Paula Castillo, a sculptor and Belen native, gave a presentation at this month's meeting on the beneficial effects of the arts on the economy, referring to various studies outlining how they can revitalise communities.

“The pastors say, ‘We are not against art. We are just against this art,” says Castillo. “But you need a prominent anchor” like the proposed museum–“not a ladies league painting trucks and flowers.”

Chicago was not in town for either meeting. She was in Miami to deliver the opening remarks at a gala at the city’s Institute of Contemporary Art gala and to put the finishing touches on Judy Chicago: A Reckoning, a survey of her work opening there on 4 December during the Art Basel Miami Beach fair. Another show in Miami, Atmospheres, which opened 18 November at the Nina Johnson gallery, consists of images documenting her landscape installations and performances from 1968 to 1974.

At 79, Chicago is hard at work and highly focussed on her legacy. She is preparing work for a survey show at the National Museum of Women in the Arts (NMWA) In Washington planned for June 2019. Also in the works is the Judy Chicago Portal, a collaboration by the Schlesinger Library on the History of Women in America at Harvard University, which houses the artist’s papers; Penn State, where she deposited her art education archives; and the NMWA, to which she donated her visual archive.

In January, Chicago plans to meet with the board of Through the Flower to discuss the Belen project, with the idea of moving forward independently and creating an art space rather than a museum. In the meantime the organisation has started a GoFundMe campaign to finance the effort.

The artist’s feelings remain raw. “The Belen Brouhaha seems to mirror some of the larger issues at play in America today,” says Chicago. “We were heartened by the outpouring of support by people in the community but shocked, hurt and disheartened by some of the ignorant, uninformed and bigoted comments by the religious community of the town."