Alexei Kuzmich, who is known for performances critiquing the regime of Belarusian dictator Alexander Lukashenko, warned France is also “slipping into fascism” and accused president Emmanuel Macron of punishing dissenters 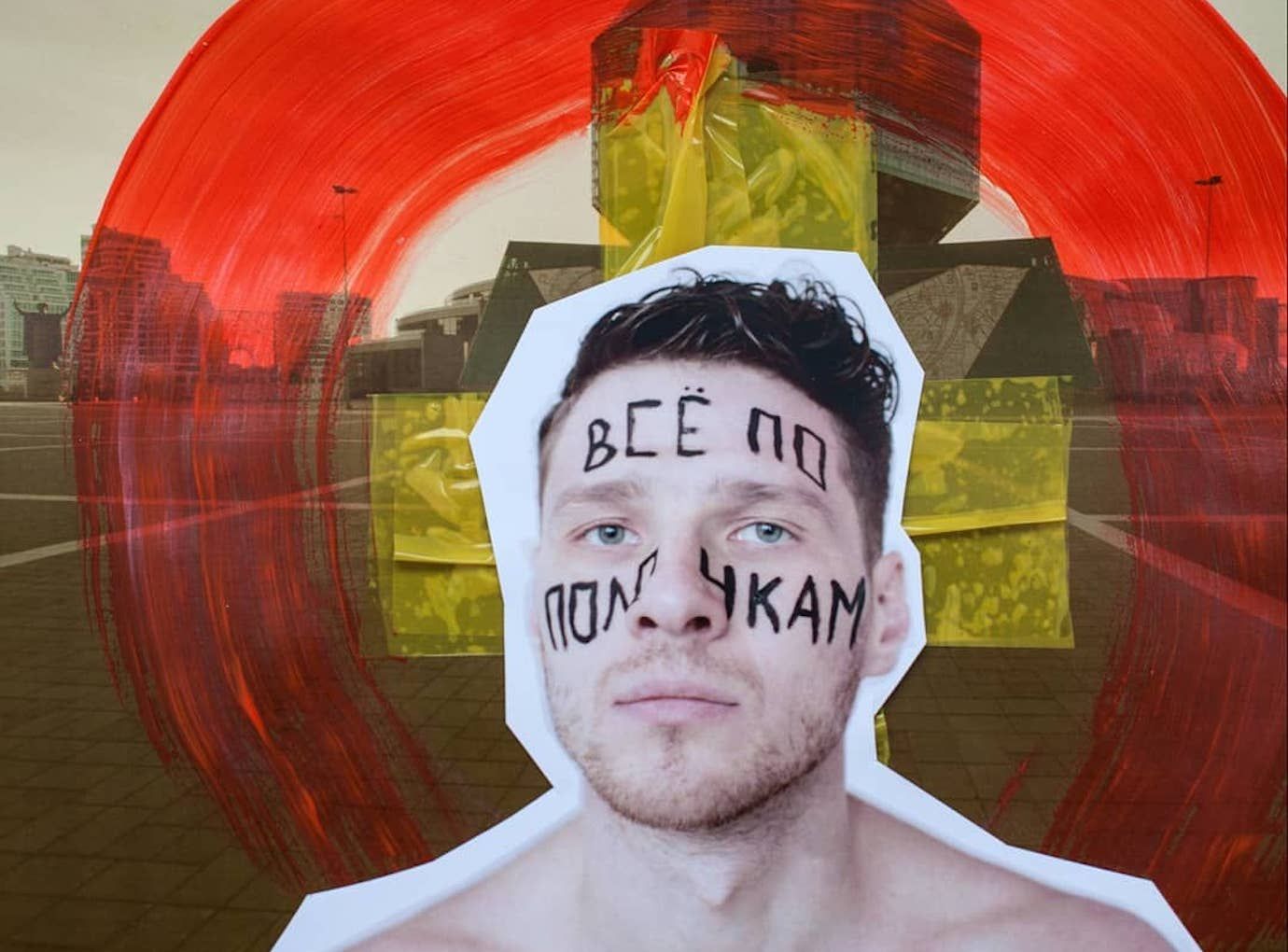 A man identified as Belarusian protest artist Alexei Kuzmich was taken into custody in Paris on Thursday night, 1 April for trying to scale the gate of the Elysee Palace—the residence of French President Emmanuel Macron—with a bottle resembling a Molotov cocktail.

He was taken into custody along with two accomplices who were photographing and filming him, Le Figaro reported. A social media photo posted on the Belarusian opposition site Tut.by shows Kuzmich handcuffed on the ground. According to a preliminary prosecutor’s report cited by AFP: “A man presented himself Thursday evening in front of the Elysee, holding in his hand a bottle containing a liquid (identified as not being a hydrocarbon) and a piece of fabric that had been ignited beforehand.”

Explaining his actions, Kuzmich posted a letter to Macron in Russian on his Facebook page, and a French-language version on Instagram, saying: “Today I have come to carry out a revolution”. The artist equated the French leader to the Belarusian dictator Alexander Lukashenko, who has crushed protests following a contested election last August.

“France—a former example of democracy—is slipping into fascism, becoming like my homeland Belarus,” Kuzmich wrote. “Having monopolised the right to violence, you and your accomplice Lukashenko punish those who dissent. Each on his own stomping ground.”

In a comment to his Facebook post, he also posted a video “dedicated to victims of peaceful revolutions, who have died in vain,” depicting a bottle of breast milk exploding like a Molotov cocktail on white-red-white flag that has become the symbol of resistance to Lukashenko.

Kuzmich, who became known for performances in Belarus that pointedly critique Lukashenko’s regime, might be following the trajectory of Russian artist Pyotr Pavlensky. In Russia, Pavlensky was arrested multiple times for his protest performances against the rule of Vladimir Putin, which included setting fire to a doorway of the Federal Security Service (FSB) headquarters on Lubyanka Square. After being granted asylum in France, he landed in jail after setting fire to the façade of a Bank of France building and was later implicated in a political sex tape scandal.