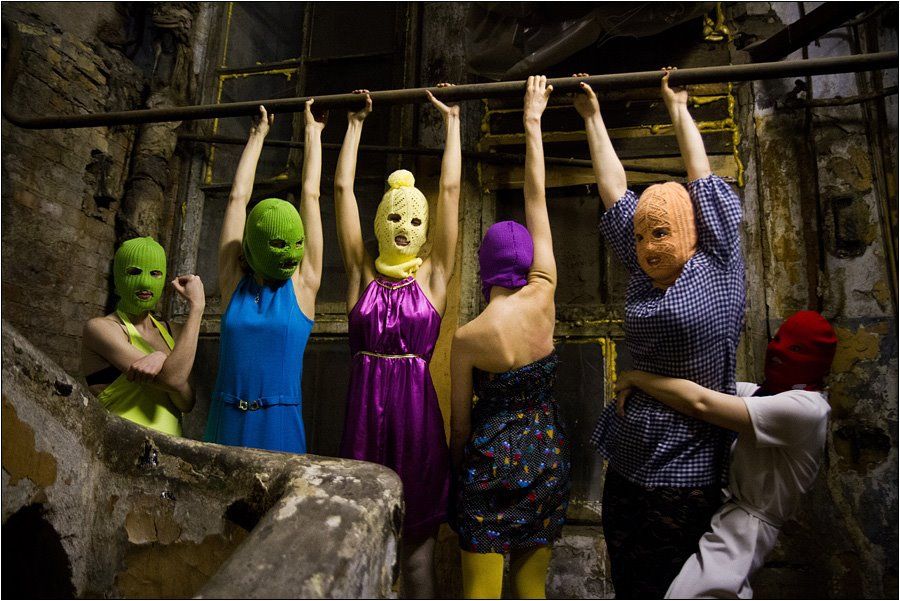 Pussy Riot member Rita Flores was arrested “for no damn reason”, she says

A Moscow court ruled on Monday that Rita Flores, a Pussy Riot member who was diagnosed with Covid-19 while serving one of a string of recent jail sentences in Moscow against members of the feminist political protest collective, will have to return to prison after being released from hospital.

The judge ruled that Flores’s sentence is suspended for her hospitalisation, but she will have to serve another five days and 21 hours, her lawyer told the official Tass news agency. Flores (a pseudonym for Margarita Konovalova), was jailed on 22 July for disobeying a police officer, a day after being detained while on her way to visit Pussy Riot’s Masha Alekhina, who was in a detention centre serving the second of consecutive 15-day sentences.

In a tweet, Pussy Riot described Flores’s arrest as being “for no damn reason” and said that three members of the collective—Alexander Sofeyev, Anna Kuzminykh and Veronika Nikulshina—had left Russia “to take a break from constant arrests for a second”.

Nikulshina, who burst onto the pitch in a police uniform during the 2018 World Cup final attended by President Vladimir Putin, was arrested in May and June, on suspicion that she might disrupt a military parade in Moscow and the Euro 2020 football championship in St Petersburg. Pussy Riot tweeted that the departures are temporary.

Analysts say that the Kremlin is clearing the field before parliamentary elections scheduled for 19 September.

Pussy Riot first gained international fame in 2012 for a “punk prayer” against Putin, corruption and church-state symbiosis led by Alekhina and Nadya Tolokonnikova at Moscow's Christ the Savior Cathedral near the Kremlin. After their release from nearly two years in prison, Alekhina and Tolokonnikova founded Mediazona, a news site devoted to prisoners’ rights. They are also funding their activism via NFTs.

Alekhina and Lucy Shteyn, another Pussy Riot member subjected to repeat arrest in recent months, are accused along with other top opposition activists of “violating sanitary-epidemiological norms” against Covid-19 spread at protests on 23 January in support of jailed opposition leader Aleksei Navalny. Alekhina has been under house arrest since last winter. (Her summer arrests were in addition to that.) On 23 July, a Moscow court extended her house arrest until 8 January 2022.

In an Instagram post several days ago, Shteyn said she had also contracted Covid-19 during her latest prison sentence.

“I came down with covid right at the start of the trial on incitement to covid infection at a rally (finally there is at least someone who actually got infected in the case, but bad luck, it’s not a crime victim, but a defendant),” Shteyn wrote. “It looks like the virus is making its way through the special detention centre; several people have already fallen ill there or after their release. Guess what measures the state, so concerned about sanitary standards, takes before putting everyone in a common cell? Correct, none. But they did not forget to institute criminal proceedings. That is, in fact, they infected me, and I am being tried for it.”