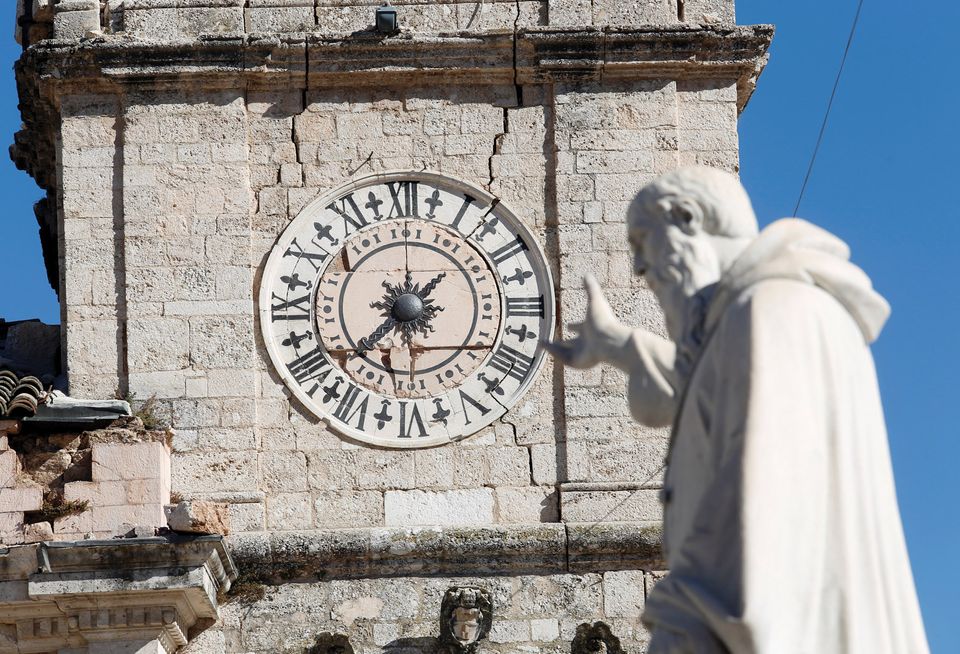 The Basilica of St Benedict in Norcia was largely destroyed after a 6.6-magnitude earthquake struck central Italy in October 2016. Antonio Paolucci, the former director of the Vatican Museums, who, in his capacity as government commissioner oversaw the restoration of the Basilica of St Francis of Assisi after the quake of 1997, will lead a commission for the reconstruction of the 13th-century church in Norcia.

The appointment was a key component of an agreement signed on 13 February by Paola De Micheli, the special earthquake commissioner and cabinet undersecretary who won back her parliamentary seat for the Democratic Party in the Italian elections in March. The pact confirmed €28m in EU funding and up to €10m from the regional government of Umbria towards the reconstruction.

Paolucci, who served as Italy’s culture minister (1995-96) and the superintendent of Florence’s museums (1988-2006) before heading the Vatican Museums (2007-17), told our Italian sister newspaper, Il Giornale dell’Arte, that it was too soon to comment on the Norcia commission. But according to the archbishop of Spoleto-Norcia, Renato Boccardo, an international design competition will be launched to rebuild the Basilica in a “marriage between ancient and modern” styles. The proposal has drawn criticism from local residents.

The first task of the commission, however, will be to remove the remaining rubble of the church, for which the cultural superintendent of Umbria has pledged €1m. The public tender for the project, which could take several months, must take into account the delicate state of the ruins.

An architect for the Umbria superintendency, who wished to remain anonymous, says the façade, apse and what remains of the bell tower and part of the left transept have been secured, while part of the roof was removed because it was at risk of collapse. Workers supported by Rome’s Superior Institute for Conservation and Restoration have salvaged as many stones as possible from the portico side of the church. The crypt has collapsed and an interior wall that adjoins the Benedictine monastery is in a precarious condition.