As debate rages around controversial US monuments, New York park invites artists to make their own 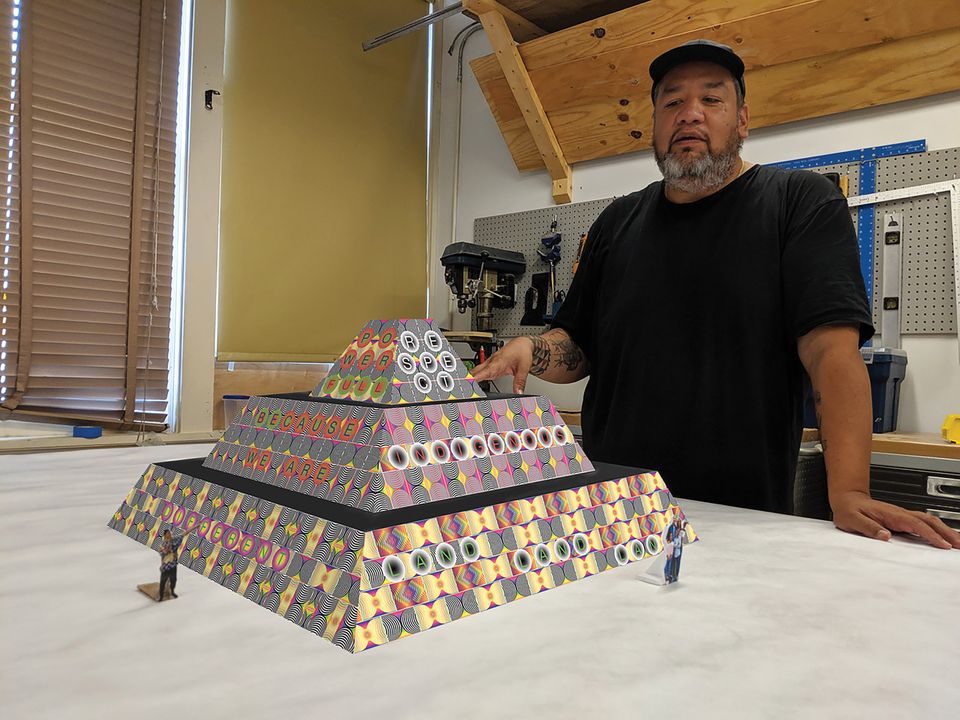 As the debate around public monuments continues to evolve, the Socrates Sculpture Park in Queens is due to dedicate its annual autumn exhibition to contemporary memorials for overlooked figures and histories. The year-long programme Monuments Now aims to “evaluate ideas around effective monuments in the public sphere”, says Jess Wilcox, the director and curator of the organisation.

An exhibition in the waterfront park in Long Island City will open in May, with work by the artists Jeffrey Gibson, Xaviera Simmons and Paul Ramírez Jonas. In September, it will expand to include work by around ten artists selected through an open-call competition, and in October, a group of students participating in the park’s arts education programme will debut their own monuments. All phases of the exhibition will remain on view at the park through 2021.

One of the opening works will be by the Choctaw-Cherokee artist and sculptor Jeffrey Gibson, who plans to create a vibrant ziggurat-like structure from plywood, scaffolding and patterned wheat-pasted graphics. Called Because Once You Enter My House It Becomes Our House (2020), the piece aims to evoke the earth-mound architecture built by the Mississippian culture, which existed in the Americas from 700 AD. Such sites “serve as evidence that there were realised and flourishing civilisations before European contact”, the artist says.

The structure’s wheat-pasted exterior is meant to be altered by the artist and by visitors. Traditional monuments “often celebrate a single perspective and are heralded by individuals and audiences that agree” with that view, the artist says. “I see the work as a platform for voices from individuals and communities outside of the mainstream to project themselves.” Throughout the exhibition, the work will double as a performance space for musicians and dancers.

Most of America [has] monuments to a single narrative Xaviera Simmons, artist

Paul Ramírez Jonas is due to create a piece that functions as a “communal grill”, with “stations where people will cook together, and where the smoke will be filtered through an obelisk”, according to Wilcox. The work, which “evokes cultures and traditions of cooking and the trope of the eternal flame”, the curator adds, will be activated by the artist at the opening of the exhibition.

And Xaviera Simmons will create a series of conceptual works that “reflect on promises that were made to certain communities but have not been fulfilled”, the artist says. One text-based piece incorporates excerpts of documents from the foundation of the US, while others will be more abstract, but they will all be large-scale to make an impact. Simmons recalls a plaque she came across in New York dedicated to the orator and abolitionist Frederick Douglass that was “just a plaque”, she says. “To really spark change, you have to work to scale.”

“Most of America—the buildings, the landscape, the architecture—are monuments to a single narrative. There are few monuments dedicated to cultures other than the culture of whiteness, so you have to think about all the monuments that are not there,” Simmons adds. “It’s important in 2020 that art organisations and artists—whether black, white, Asian or indigenous—begin to engage in all the logistics of culture so that things ­creatively start to vibrate at a higher level than they have been.”

about 7 hours ago
Snap! Tourist takes a selfie on a 19th-century Canova sculpture—and breaks off two toes