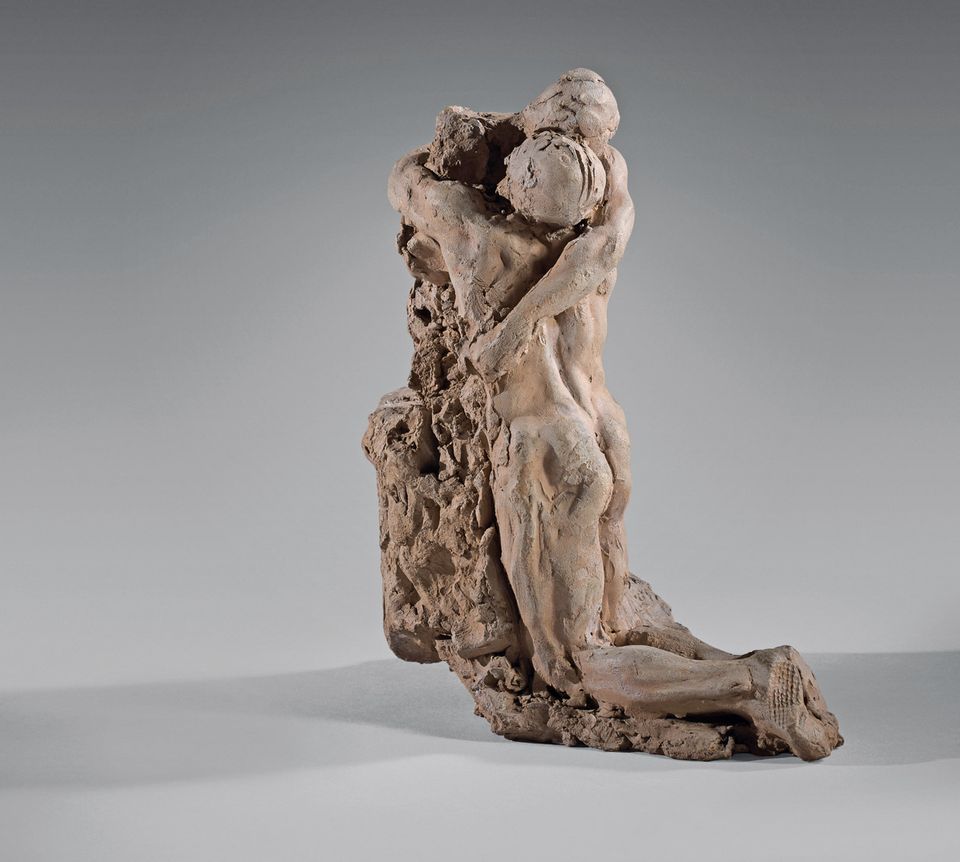 Eleven sculptures by the artist Camille Claudel, who was also Rodin’s muse and mistress, have gone on show at the Musée d’Orsay in Paris after six major French museums stepped in and acquired the works at auction last November. The pieces were consigned by Claudel’s family and heirs to a sale held at Artcurial auction house; out of 20 lots, 12 items were acquired under French law, whereby the state is entitled to “pre-empt” the sale of an object of national importance by matching the sale price (with buyer’s premium).

The Claudel display at the Musée d’Orsay (9 January-11 February) includes two preparatory works in terracotta, studies for Sakountala (around 1886), which were acquired by the Musée Rodin and Musée d’Orsay (€65,000 and €467,800 respectively, with buyer’s premium; the latter sum is a record auction price for a terracotta by Claudel).

Another work on display is a bust of Paul Claudel, aged 37 (study, 1905; €23,400) which has been loaned by the Musée Sainte-Croix in Poitiers. The piece depicts Claudel’s younger brother, a writer and diplomat, who was based in China. Other lending institutions include La Piscine-musée d'art et d'industrie André Diligent in Roubaix and Maison Camille et Paul Claudel in Villeneuve-sur-Fère.

A work on paper acquired at the auction by the Musée Camille Claudel in Nogent-sur-Seine—Portrait of Louise Claudel (Madame de Massary, around 1887)—is not included because it is undergoing restoration.

Claudel, who was largely forgotten as an artist until the late 1970s, was appointed as Rodin’s assistant in 1884. “The exact nature of the tasks with which she was entrusted remains uncertain, but she apparently spent most of her time on difficult pieces, such as the hands and feet of figures for monumental sculptures (notably The Gates of Hell),” says a statement on the website of the Musée Rodin. In 1913, she was committed to the Ville-Evrard asylum near Avignon where she remained until her death in 1943.