How will his views on audiences and exhibition-making shape the 2019 Venice Biennale? 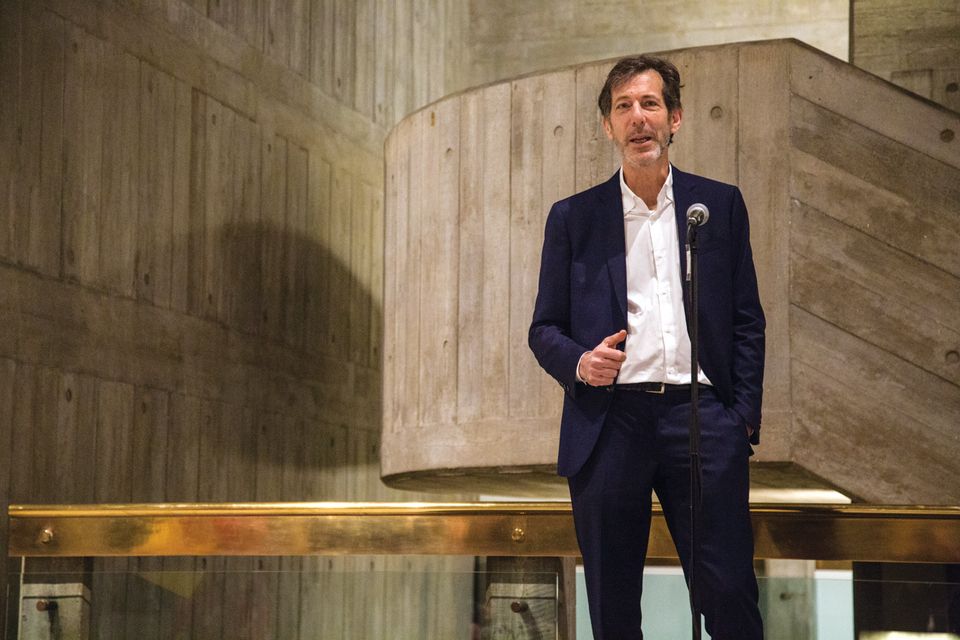 On 9 July 1968, the Queen inaugurated the Hayward Gallery, one of a group of concrete buildings that make up a sprawling arts district on the south bank of the river Thames. The gallery opened with the first Matisse retrospective to be shown in London. The launch embodied the optimism of 1960s Britain, when the government was willing to inject large amounts of public money into bold, forward-looking cultural projects.

Opinions on the Brutalist architecture have fluctuated in the 50 years since, but not those of the Hayward’s director, Ralph Rugoff. When the gallery reopened this January after a two-year renovation, “it looked like it was in 1968 again”, he says. “It felt like it still has a radical vision.” He describes that vision as “democratic, connected to the outside world, adventurous”.

After the Matisse show, the gallery grew in confidence. The 1971 exhibition Eleven Los Angeles Artists, for instance, introduced Larry Bell, Robert Irwin, Ed Ruscha and Bruce Nauman at an early stage of their careers. The programme signalled “a new Britain”, Rugoff says, even if “some people hated it because… it wasn’t ‘traditional England’”.

Rugoff is thoughtful and mildly spoken, with a left-field sense of humour that has emerged in a number of his shows. A native New Yorker with a major in semiotics from Brown University, he moved to Los Angeles in the 1980s. He became increasingly interested in art as a journalist, writing for mainstream newspapers as well as Artforum and Parkett. Catalogue essays, books and lecturing followed.

The move to curating was gradual, but in 2000 he was appointed the director of the California College of the Arts Wattis Institute. The call to head the Hayward came in 2006, where Rugoff found unexpected parallels with Hollywood. “Dennis Crompton, the last of the architects alive, said the model wasn’t a museum but a movie studio, where you could cleanly change from one show to another,” he says.

The galleries have had an impact, however, on what can be programmed. Two painters have turned down solo shows. “Both felt the building was too much competition for their work,” Rugoff says. “I think they were wrong. Painting can look great in here, but you get the most with artists who enjoy responding to the building.” Andreas Gursky, Martin Creed and the Korean sculptor Lee Bul, who is the subject of the Hayward’s current show, were all, he says, inspired rather than intimidated by the concrete interiors.

A bigger problem, in the eyes of some curators, is the difficulty in creating a linear route through the open-plan spaces. For Rugoff, that means the visitors can choose their own way through. “The audience needs to know they are part of the conversation,” he says. “In too many museums, the tone starts with the wall text. People are given the official meaning and the only room for them in this experience is to give a thumbs-up or down.”

If museums and galleries are “stuck in very formal modes of presentation”, independent curating comes with its own pitfalls. “If you aren’t attached to an institution, your relationship often ends up with the artists you work with,” Rugoff says. There is a risk of making “the sort of exhibitions curators make for artists and themselves—they don’t engage the audience, and it becomes very closed”.

“The Hayward Gallery still has a radical vision—democratic, connected to the outside world, adventurous” Ralph Rugoff

Since Rugoff’s appointment, the Hayward has acquired a reputation for large-scale experiential shows such as Psycho Buildings (2008) and Walking in My Mind (2009). But a closer inspection of the programme tells a more nuanced story. There have been monographic surveys for Annette Messager (2009) and Ana Mendieta (2013) and a strand of semi-anarchic concept exhibitions such as Invisible: Art about the Unseen (2012). Others have been unconventional takes on core art-historical concerns: the relationship between painting and photography (The Painting of Modern Life, 2007) and sculpture and the body (The Human Factor, 2014).

The gallery retains a light touch in interpretation, favouring artists’ quotes on the walls over didactic statements. (Its catalogues, by contrast, contain scholarly essays, some by Rugoff himself.) Duchamp famously said that the viewer completes the work of art, and Rugoff agrees. “You want people to get excited about the thought process kicked off by what they are encountering,” he says. “That is the other half of the work of art. And the word ‘work’ is important: it is work, but it’s fun work.”

The way Rugoff approaches contemporary art has gained extra currency with his appointment as the next artistic director of the Venice Biennale, the most scrutinised curatorial job in the art world. What he can say about the 2019 exhibition is circumscribed, but some personal preferences are clear.

He likes exhibitions made by artists, more than curators, citing Jim Shaw and the late Mike Kelley in 1990s Los Angeles as well as recent shows by Jeremy Deller and Mark Leckey. “Artists are free from the more academic concerns that curators feel compelled to address,” Rugoff says. “And for the most part they are thinking how objects make sense together visually.”

He admires curators who, like him, write and can articulate an argument “through the works in the exhibition rather than the accompanying rhetoric”. He likes directors who challenge the biennial form, as Francesco Bonami and his 12 co-curators (some of them artists) did in Venice in 2003. “The way forward for the Biennale is to think about the format and the structure, not the theme,” Rugoff says.

The most frustrating thing about taking on Venice, he says, is that his research throws up ideas for the Hayward that must be put on hold while “I’ve got this deadline looming”. Nevertheless, he has plans for more off-site projects, a greater emphasis on work by women and more diverse programming in general, an acknowledgment of historic Hayward shows such as Africa Remix (2005).

History, as much as the future, is on his mind. The gallery is working with the Google Cultural Institute to post materials from 50 of its most important shows online. Rugoff has edited Fifty Years of Great Art Writing, a compendium of the Hayward’s best catalogue essays. And, in a neat loop, this autumn’s Space Shifters exhibition will return to two of those 11 Los Angeles artists, now veteran household names. The show is also a response to the gallery’s Brutalist design. “When I look back,” Rugoff says, “the core vision for the programme is right there, in the founding aspirations of the gallery”. 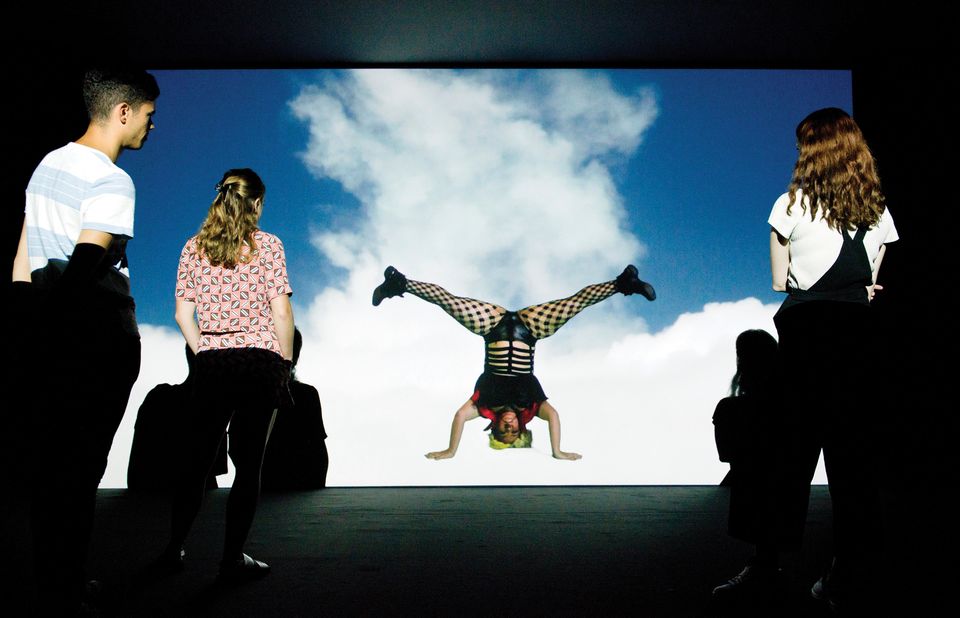 Venturing beyond the gallery

The Hayward Gallery’s two-year closure for a £50m revamp in 2015 encouraged Rugoff to team up with the independent music producers The Vinyl Factory to create one of the institution’s most exciting exhibitions, The Infinite Mix (2016). It brought together ten large-scale videos in a disused concrete office block and drew a younger, broader audience (among almost 80,000 visitors). “It was great to see people come to a space they didn’t know,” Rugoff says. “That kind of adventure is ideally what you want in the gallery too.” He hopes to do more off-site projects, including an exhibition devoted to sound and architecture, which he envisages at the Hayward and another, still-secret, location.