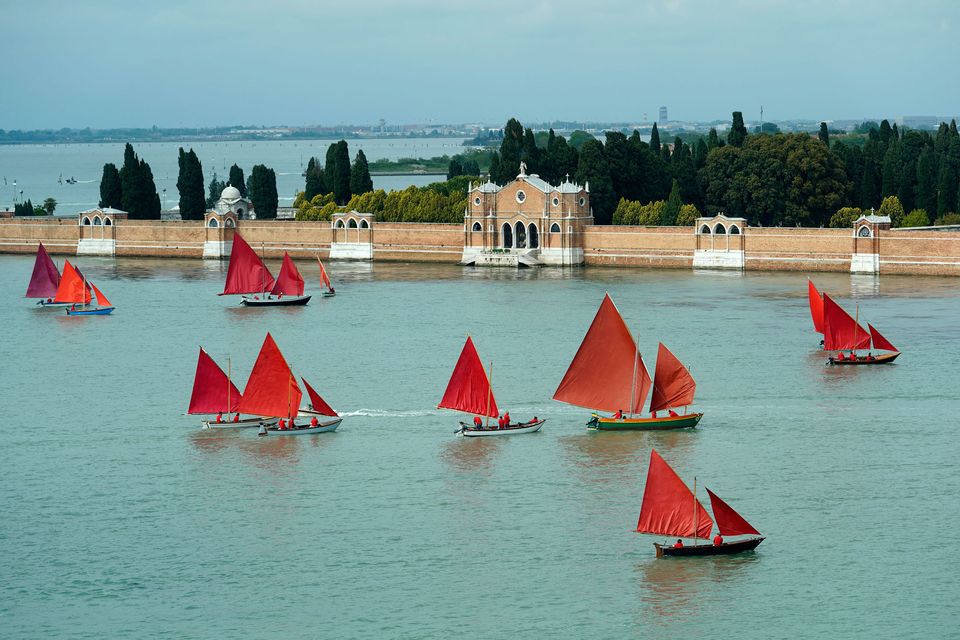 Ephemeral art projects fill the museums, churches and palazzi of Venice during Biennale season, but Melissa McGill might just be the only artist using the lagoon itself as her canvas. Under the midday sun on Sunday 30 June, the US artist will choreograph Red Regatta, a two-hour public art event in which 52 traditional Venetian boats will sail a loop between the islands of San Servolo and Poveglia. Viewers can watch from the bank of the Giardiani della Biennale park and along the Lido waterfront.

It is the second in a quartet of regattas that McGill is staging in collaboration with the Associazione Vela al Terzo Venezia, a sailing club for enthusiasts of Venice’s vela al terzo boats. Designed with a removable mast for passing under low bridges and a flat bottom to navigate shallow water, these wooden vessels have been a feature of lagoon life for centuries. But as Venice is eroded by depopulation and, quite literally, by the damaging impact of motor boats, the vela al terzo is also a symbol for McGill of the stark changes she has observed in the city since she first lived there almost 30 years ago.

The concept grows out of McGill’s chance encounter with the boat club’s president, Giorgio Righetti, during her last project in Venice, The Campi (2017), a sound installation inspired by the city’s main public squares. In an interview with The Art Newspaper in May, ahead of the preview event of Red Regatta, the artist remembered being “so taken by the [maritime] tradition”, but also galvanised by the “accelerated environmental changes to the city”, including the rise of mass tourism and the looming threat of climate change. 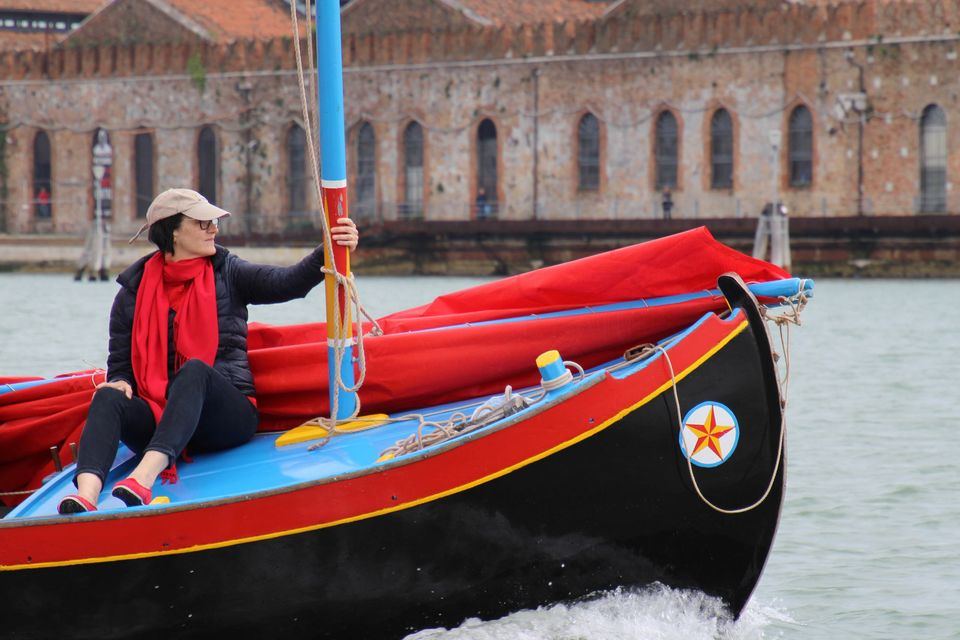 The US artist Melissa McGill describes Red Regatta as her most ambitious public art project to date Photo: Yuko Gherardi

Righetti and the members of the Associazione Vela al Terzo quickly welcomed her proposal to collaborate. They have volunteered their own boats to participate in Red Regatta, and helped to hand-paint 104 red sails in 52 custom shades mixed by McGill in her upstate New York studio. (The sails would traditionally be in earthy colours, bearing a family crest or symbol.) The boat club also devised feasible sailing routes based on its own racing regattas for the four dates of the project—11 May, 30 June, 1 September and 15 September.

“We were all really respectful of each other,” McGill says. “The best thing for me is the pride and the excitement that the collaborators have in the work, so it’s this incredible shared experience.” She is planning to produce a book combining her photographic portraits of each sailor with their written testimonials. “I also want the Associazione Vela al Terzo to have more visibility… With the dwindling numbers of Venetians in the city, it’s important to show that they’re here.”

The reds of the sails were chosen to represent “life force and passion, but also alarm and warning”, McGill says, as well as for the colour’s rich associations with Venetian history. “It’s the bricks and the pigment trade here and all the incredible reds in [paintings by] Titian and Tintoretto. Rosso veneziano.”

Involving more than 250 local partners over two years, Red Regatta is McGill’s most ambitious work yet. The project, which is independent of the Venice Biennale and backed by the New York-based Magazzino Italian Art Foundation, also required approval from the municipality of Venice. Alongside the curator, Chiara Spangaro, was the seasoned project manager Marcella Ferrari, who co-ordinated Christo and Jeanne-Claude’s Floating Piers on Italy’s Lake Iseo in 2016.

According to Righetti, the participation of so many Venetians helped McGill’s project to overcome the biggest hurdle: clinching permission from the city authorities. The team was even invited to inaugurate the Regatta Storica on 1 September—the biggest boating event in Venice’s calendar, when the Grand Canal is closed off to normal water traffic. “This is the first art performance in the context of the Biennale that speaks to true Venetian identity,” Righetti says.

• Red Regatta will take place at 12pm-2pm on 30 June between San Servolo and Poveglia; 12pm-2pm in Giudecca Canal, St Mark’s Basin and the Grand Canal; and 2-4pm between Burano and Torcello