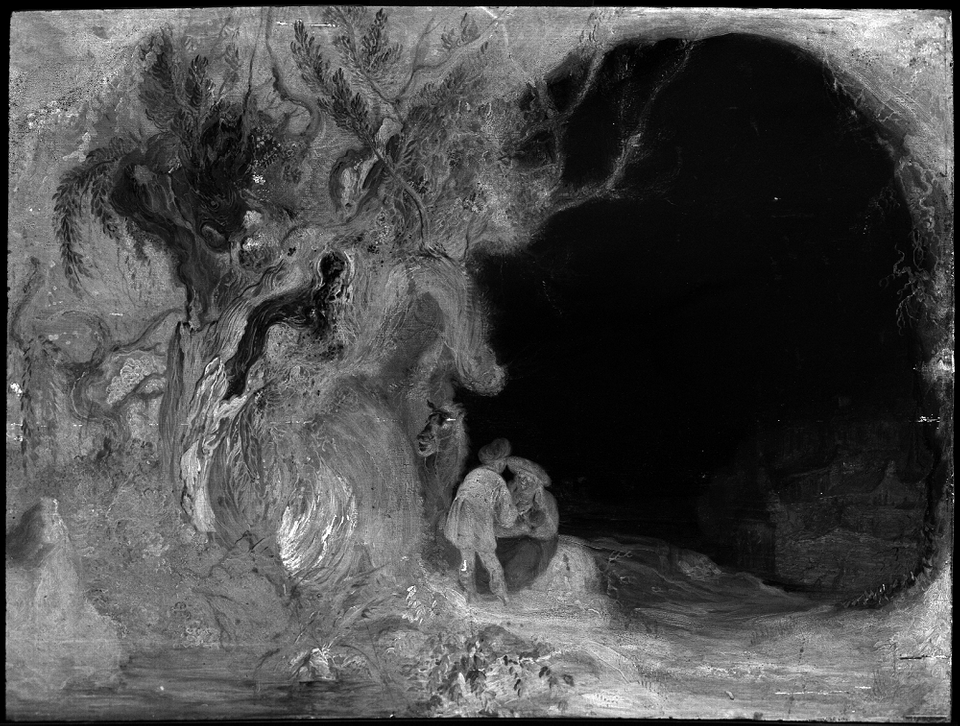 A clay pot excavated from the cesspit below Rembrandt van Rijn’s Amsterdam house has been declared as one of only two “true Rembrandt relics” by Leonore van Sloten, the curator of the Rembrandt House Museum. Tests have shown that the pot contains a deposit which includes quartz (sand), a material that the artist used to prepare the ground for his canvases. No other Dutch Golden Age artist employed a quartz-based ground, so the pot and its contents must have belonged personally to Rembrandt.

The pot has just gone on display in an exhibition on Rembrandt’s Laboratory: Rembrandt’s Technique Unravelled (until 16 February 2020). The show, part of the year-long programming around the 350th anniversary of Rembrandt's death, is set up like a laboratory to show new insights into the artists’s paintings, prints and drawings.

The glazed cooking pot was discovered with another in 1997 during an archaeological excavation of a former cesspit beneath the courtyard. Although examined at the time, more recent techniques have now made it possible to determine the contents of the vessels. 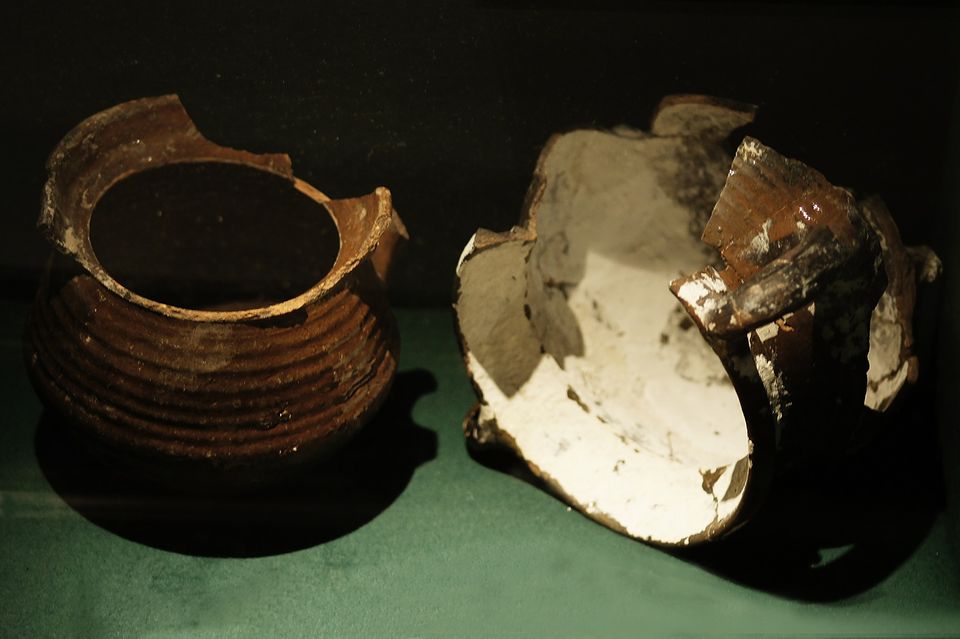 The two stoneware pots that were found in 1997 in Rembrandt’s cess-pit, with remnants of painting materials on the inside Courtesy of Amsterdam, Archeologische Dienst and the Rembrandt House Museum

One pot, with a white deposit, was found to contain a chalky substance that was widely used by artists to prepare wooden panels. The other, with a beige deposit, held a substance used to prepare the grounds for canvases, using a mixture of quartz, earth pigments, chalk and traces of lead.

The Rembrandt researcher Karin Groen had already found that the artist appears to be the only Dutch 17th-century painter to have used this mixture to create a ground. She believes that this makes it virtually certain that the cesspit pot came from Rembrandt’s studio.

Rembrandt probably used a quartz ground because it was not only a cheaper surface than conventional red ochre and grey layers, but it also kept the canvas more flexible, which was useful for very large works. The quartz mixture from the pot corresponds closely with the ground used on Rembrandt’s Night Watch, which is about to undergo conservation at the Rijksmuseum.