Following the opening of its new building this weekend, the Swiss museum will show the abstract artist’s figurative work

The Kunstmuseum Basel, which reopens on Sunday, 17 April, after a year-long renovation, is planning an unorthodox blockbuster this autumn: an exhibition of figurative works by Jackson Pollock. The show is a rare major European presentation of Pollock’s work; the last two were at the Tate Gallery (now Tate Britain) in London in 1999 and at Tate Liverpool last year. Loans of the American Abstract Expressionist’s work are “very difficult to negotiate”, says the museum’s deputy director Nina Zimmer, who is organising the show.

Zimmer challenges the notion that Pollock, who is famous for his drip paintings, was primarily innovative as an abstract artist. “For some scholars in the US, this is a conservative reading, [because] going back to the model of figuration is going backwards from the radical breakthrough Pollock made,” she says. She feels the idea would have been difficult to pull off at a US museum.

The Figurative Pollock (2 October-22 January 2017) brings together around 100 works—including 50 paintings on loan from institutions including the Metropolitan Museum of Art and the Museum of Modern Art in New York—to show “the dialogue between figuration and abstraction”. Zimmer’s “long-term dream” was made possible by extra funding for the exhibition from Credit Suisse and the Foundation for the Kunstmuseum Basel. 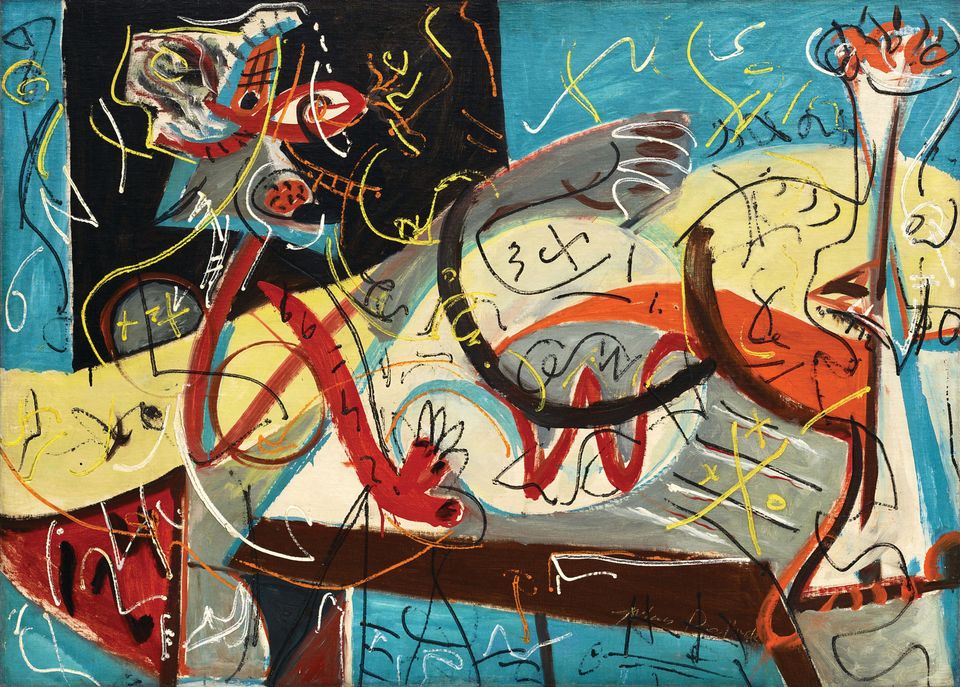 The show will occupy a new building that is opening this weekend as part of a SFr100m ($103m) revamp of the Kunstmuseum. The facility adds 2,500 sq. m of exhibition space, an increase of around a third. “[The architect’s] job was to create a space that would make just as good a backdrop for the art of the Renaissance and of the 17th, 18th and 19th centuries,” says the museum’s director, Bernhard Mendes Bürgi.

The Kunstmuseum houses one of the oldest collections in Europe, from the world’s largest group of paintings by the Holbein family to Modern works by Cy Twombly. The main building, completed in 1936, was intended to present these holdings. But over the past decade, as the collection has grown and curators have organised more ambitious exhibitions, the museum has found its infrastructure lacking.

The Swiss billionaire Maja Oeri donated the funds to purchase a plot of land opposite the Kunstmuseum’s main building in 2008. While this created a unique opportunity to build an extension, it also created a challenge: connecting two buildings separated by a busy street in the city centre.

The Basel-based architecture firm Christ & Gantenbein won the commission over more established names, including Tadao Ando and Jean Nouvel. The firm proposed a wide illuminated underpass that includes a large foyer and an exhibition space. The project was co-funded by the city of Basel and Oeri’s Laurenz Foundation, which also funds the Schaulager on the outskirts of the city.

The new building is a swansong for Bürgi, who is stepping down from his post this year. Josef Helfenstein, the former director of the Menil Collection and Foundation in Houston, Texas, will begin the role on 1 September—just in time for the Pollock show.