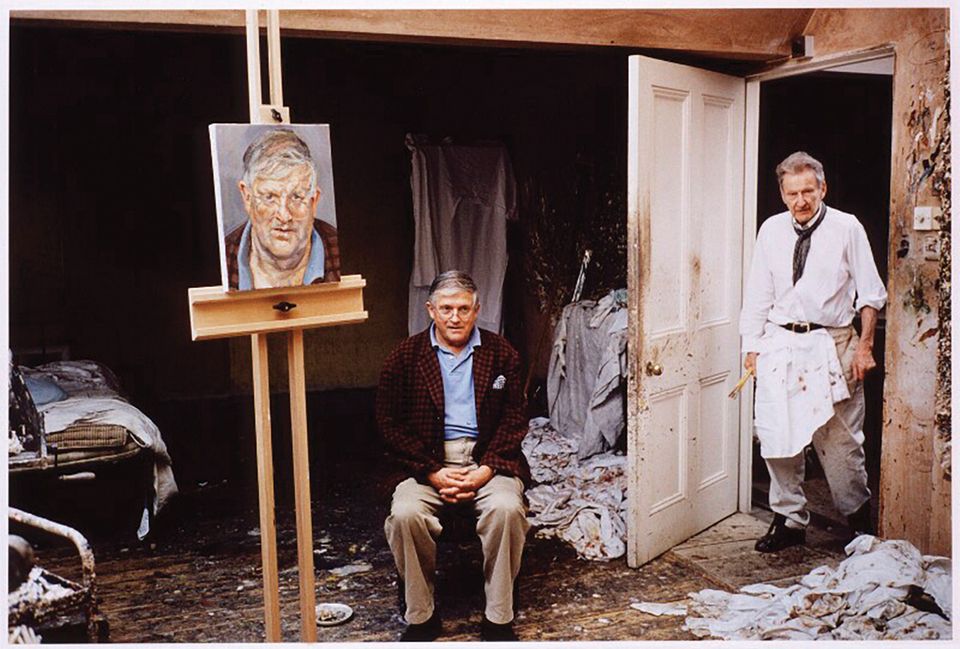 David Dawson's photograph of the artists David Hockney and Lucian Freud. The pair have been among the most popular in London this millennium © David Dawson

As the art world descends on London for the annual art bonanza that is Frieze Week, we take a moment to look at which contemporary artists have dominated the city’s cultural landscape with the most exhibitions in its public museums and galleries this millennium.

Although London is arguably one of the world’s most international cities, the list has a decidedly British feel: Lucian Freud comes out on top with ten shows, followed by David Hockney with eight, Tacita Dean and Andy Warhol joint third with seven, and Jake & Dinos Chapman and Cornelia Parker tied with six.

While Warhol is only non-British artist in the top six, the list is more international than first appearances with Freud having been born in Berlin, Hockney famously upping sticks and moving to California in his late 20s, and Dean spending much of her career living abroad.

Freud will add one more show to his tally when an exhibition on his self-portraiture opens at London’s Royal Academy of Arts (RA) (27 October-26 January 2020). Although “considered one of the greatest figurative painters of the 20th century,” says the exhibition’s co-curator Andrea Tarsia, “his first institutional solo exhibition only happened when he was in his 50s”.

Meanwhile, Hockney’s popularity with curators is perhaps surpassed only by public admiration. According to The Art Newspaper’s annual visitor attendance survey, Art’s Most Popular, more than one million people saw his landscapes show at the RA in 2012 and his retrospective at Tate Britain in 2017: the two most popular ticketed exhibitions by a contemporary artist in London this century. Warhol’s 2002 Tate Modern show is the fourth most popular, while Freud’s 2012 survey at the National Portrait Gallery (NPG) comes in ninth place.

Neither Parker nor Dean featured in the top 50 most popular shows this millennium. This may be partly because “Parker is [usually] commissioned to make responsive works”, says Hettie Judah, the i’s art critic and author of the new guidebook Art London. “Dean is a much more audacious artist to commission”, she adds. Last year Dean was the subject of three concurrent shows at the National Gallery, NPG and the RA, which the NPG director Nicholas Cullinan describes as an “unprecedented collaboration”. Dean is also the only artist in our top six to feature in the “Best Art of the 21st Century” poll, recently published by the Guardian.

“The presence of Dean and Parker in the top six is encouraging because while both are represented by a leading blue-chip gallery, you wouldn’t consider them to be ‘market’ artists,” says Ben Luke, the Evening Standard art critic and The Art Newspaper’s review editor.

The bulk of Dean and Parker’s exhibitions have taken place in the past few years, indicating that change may be afoot. But with Freud’s RA show opening soon and major shows for both Hockney and Warhol planned for London next year, it looks like the popularity of the blue-chip big boys is set to continue.

• Methodology: The list of most exhibited artists was drawn from The Art Newspaper’s listings database, and includes solo shows and focused group exhibitions of contemporary artists only