Revealed: the plans to show Salvator Mundi at the Louvre This exclusive photograph shows where the Salvator Mundi was supposed to hang at the Louvre's Leonardo show © The Art Newspaper, all rights reserved

A photograph sent to The Art Newspaper of the original Louvre ground plan for the Leonardo exhibition graphically illustrates that the Salvator Mundi was intended to be part of the show. The plan was removed from the Louvre's exhibition hall at the last minute on Friday, the day of the advance press preview.

The plan also shows the key role that the Salvator Mundi was intended to play in the exhibition. It is given pride of place in the final room, shown as part of a concluding triumvirate of great works—along with the Louvre's St Anne and the National Gallery Cartoon of St Anne—on the adjacent wall to the Ganay version of the Salvator Mundi and the two Windsor studies.

Just how late in the day the news came that the Salvator Mundi would not arrive in time for the press viewings is unknown. Intriguingly, at the viewing on 18 October the wall where it was intended to hang was briefly adorned with just three picture hooks: the Louvre’s St John the Baptist, sans label, was then hung in its place at the last minute. 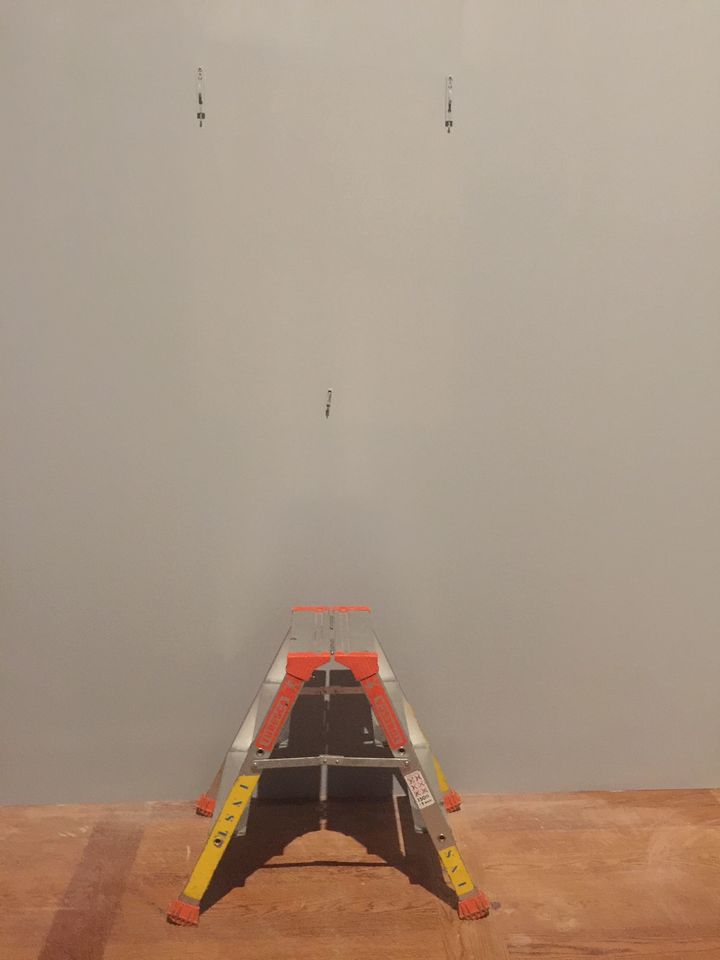 Yesterday we reported that a missing catalogue entry occurs between Cat 156—one of the Windsor studies for the Salvator Mundi—and Cat 158, the Ganay version of the subject. A Louvre official told The Art Newspaper that two versions of the catalogue were produced as negotiations for the painting’s inclusion continued: one to be used if the picture arrived in time, the other if it did not. It is possible that the late omission or delay could be due to bureaucratic logistics or the state of cultural diplomatic relations between France and Saudi Arabia, whose Ministry of Culture is rumoured to be the current owner of the painting. It looks as if the logistics were in place for the picture to travel to Paris, but something occurred between 27 September and the advance exhibition preview on 18 October to make the picture’s timely arrival less likely. The full photograph of the Louvre's plan © The Art Newspaper