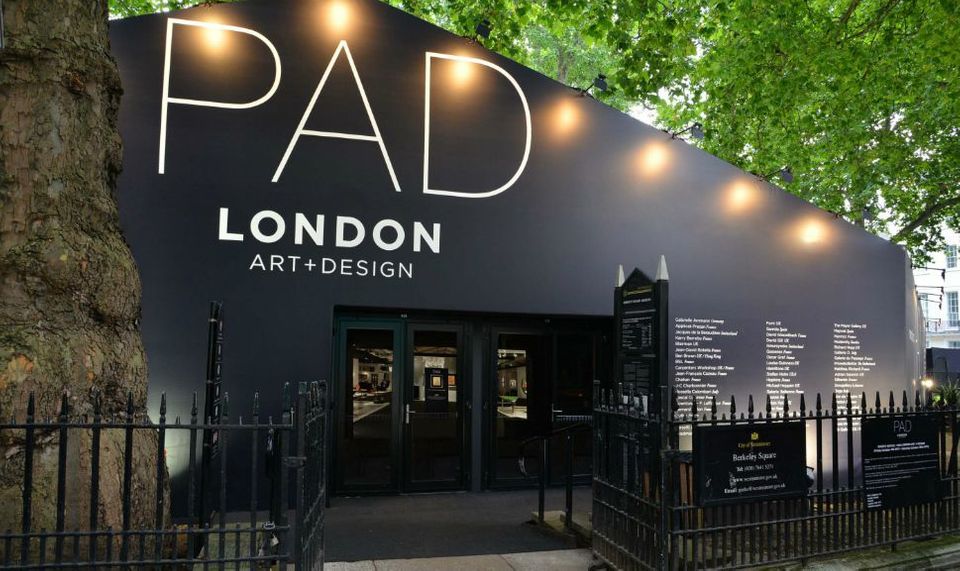 This Frieze week in London, Modern design is having a moment alongside the post-war and contemporary art that typically dominates. On 3 October, Christie’s will hold an evening sale of Modern design and photography, and on 6 October, Sotheby’s is hosting a dedicated Bauhaus sale, including furniture.

Meanwhile, PAD London (2-8 October) in Berkeley Square, Mayfair, has been catering to a growing appetite for design since it started in 2007. The younger sibling to PAD Paris, launched in 1997 by the Parisian dealer Patrick Perrin, this stylish event has a strong Gallic flavour. It is the calmer, softly lit alternative to the .

What started as a pure design fair has since diversified organically to cover Modern and contemporary art, jewellery, tribal art and antiquities, reflecting the London market’s eclectic tastes. But this year’s 68 exhibitors—12 of whom are new—are still largely design focused. One first-timer is Dimore Gallery from Milan, which collaborated with the Italian post-war gallery Mazzoleni for an exhibition, (Un)Comfort Zone, during the London Design Festival in September. At PAD, Dimore will mix lighting designs from its contemporary studio with Modernist works by Pierre Guariche, Angelo Lelli and Ico Parisi. Another PAD London newcomer is the Milanese gallerist Rossana Orlandi, whose eclectic gallery-cum-design shop, housed in a former tie-factory in the Magenta district, is a bustling hub of Milan Design Week every April. At PAD, Orlandi will exhibit new pieces by Nacho Carbonell, Guglielmo Poletti and Fernando Mastrangelo, adding to a rich mix of contemporary design commissions at the fair. Orlandi and Dimore join PAD regular Nilufar, grande dame of the Milan design community, showing works by Osanna Visconti di Modrone, Bethan Laura Wood and Jorge Zalszupin. Classic Scandinavian is the forte of regular exhibitor Modernity, of Stockholm, by mid-century Danish designers such as Finn Juhl, Poul Henningsen and Ib Kofod-Larsen, the latter fond of rich rosewood, teak and leather as exemplified in his Elizabeth Chair (1956). French masters including Jean Prouvé, Pierre Jeanneret and Charlotte Perriand feature on the stand of Jousse Entreprise of Paris. A regular feature at PAD is the long-established London firm H. Blairman & Sons’ selection of European decorative arts, this time focused on 1930s designs in plywood, including the Isokon chaise by Marcel Breuer and Gerald Summers’s Megaw chair. Mirroring the current vogue for Brazilian artists around town is the mid-century Brazilian furniture on the stand of Galerie Le Beau, from Brussels. Less well-known globally than their European counterparts, South American designers have lately become more prominent on the international market, for example at Design Miami. In July 2016, the Parisian auction house Piasa held the first European sale devoted to Brazilian design, in which the top lot was a Tripod chair with compass feet (1947) by Joaquim Tenreiro, perhaps the best-known Brazilian Modernist; it sold for €198,300. Le Beau’s stand will feature pieces by Tenreiro, alongside examples from Zalszupin and Carlos Millan, which trace the influence of Bauhaus and Scandinavia on Brazil’s mid-century designers.