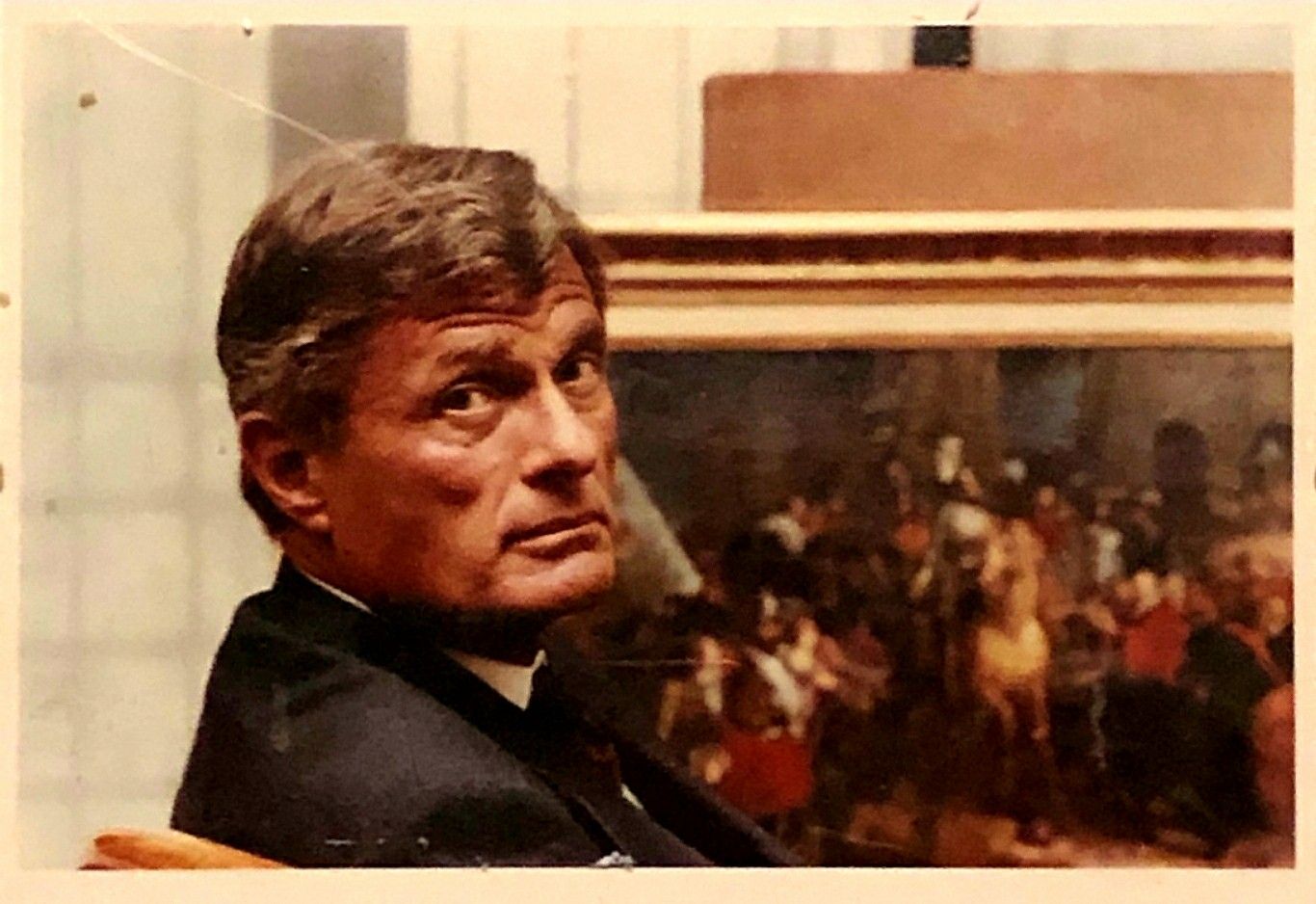 The influential New York-based dealer and connoisseur Richard Feigen, known especially for championing and leading the Old Masters market, has died, aged 90. According to a notice in the New York Times, he died in his sleep after a brief illness with Covid-19 pneumonia.

Feigen opened his first gallery in Chicago in 1957, later expanding to New York. From 1965 to 1973, he showed works by artists such as Max Beckmann, Joseph Cornell, Joseph Beuys, and John Baldessari at his gallery in SoHo (he also gave Francis Bacon his first US show in 1959). In 1969, Feigen launched a new gallery on Manhattan’s Upper East Side.

Here, Max Hollein, the director of the Metropolitan Museum of Art, pays tribute to Feigen and outlines the role of his father, Hans, in developing that space and his lifelong links and friendship with the late dealer and collector.

"Richard commissioned my father [Hans Hollein] to design his gallery on East 79th Street in 1966. You have to put this in context—my father had built one shop in Vienna and Richard didn’t know him. I understand that he saw an article that my father had published in some obscure architectural magazine in the US, in which he discussed his ideas about art and museums. Richard tried to contact him but tracking down an unknown Viennese architect was difficult at the time, as you can imagine.

He commissioned my father without really seeing his work. But he liked his intellectual thinking and the ideas expressed in the essay he wrote. That speaks volumes about Richard; he immediately recognised my father’s qualities but was also a risk-taker. It was an unusual move for him to commission Hans Hollein for his ambitious Upper East Side gallery; almost certainly Hans Hollein would have been unknown to his clientele. Both the interior and the exterior became an extraordinary, important architectural manifestation. Richard eventually moved out of that gallery which launched in 1969 but my father stayed friends with him for his entire life; that’s also how we’re connected.

Richard was considered the ultimate dealer of Old Master paintings and an excellent connoisseur of art throughout all centuries from the early Italian Renaissance to Poussin, Turner, Joseph Cornell or Max Beckmann. But he was also one of the first gallerists to work with the [US artist] Peter Saul who recently had a retrospective at the New Museum in New York. He supported Ray Johnson throughout his career and significantly, he worked with Jim Rosenquist. He went in all these different directions.

He was very open and opinionated but I found this fascinating. I phoned him up and said I planned to do a Saul show in Frankfurt, pointing out to him that he was the first person to show his works. He also had a keen love for Max Beckmann; he came to Frankfurt quite often to see the Beckmann shows I put on there [as director of the Städel Museum].

He was generally a very curious, knowledgeable, interested and certainly also opinionated person, and loved to bridge different areas. In his apartment, one could see the full span of his collection. I always loved seeing Italian masters there [along with] the Beckmanns and the Cornell boxes but he had also a great Peter Saul painting hanging by his desk. Richard’s eye was extremely trained and he was very good at hunting paintings down. His booth was always one of the epicentres of Maastricht (Tefaf) and it was a pleasure to hear from him what else he saw at the fair that he liked or also did not like, which he certainly also shared freely but with sophistication.

Crucially, he wrote a biography called Tales from the Art Crypt: The Painters, the Museums, the Curators, the Collectors, the Auctions, the Art (2000); it’s a great book, insightful, funny, accessible and very candid. He shares his knowledge, experience, opinion but also his insights, giving a level of transparency about the art world and its machinations like few other publications. I like that book very much for all of that but especially also for its candour. Again, that was certainly a risk of his, doing that.

Richard gave the Met a highly important, major painting by Carlo Saraceni to mark the museum’s 150th anniversary in 2019 [The Dormition of the Virgin, around 1612]. It was a most generous gesture and much to my surprise when the papers for the gift came in I noticed that he gifted it in my honour. Richard knew me since I was born, followed my career throughout with great interest and was always supportive—an extraordinary collector, dealer, arts enthusiast, patron and friend."