Citing an earlier case they won, the artist and his dealer argue Rastafarian Instagram screenprints are transformative

The artist Richard Prince and his dealer Larry Gagosian filed a motion on Friday to dismiss a lawsuit brought against them by the Los Angeles photographer Donald Graham. Graham alleges his copyright was infringed when Prince enlarged an Instagram-styled screenprint of the photograph Rastafarian Smoking a Joint and showed it at Gagosian Gallery in 2014, in the exhibition New Portraits.

The same defendants were also sued by Patrick Cariou, when his photographs were used in Prince’s Canal Zone series of collaged paintings, also shown at Gagosian Gallery. An appellate court ruled in 2013 that Prince had not violated Cariou’s copyright because the works were “transformative” and therefore fell under fair use. 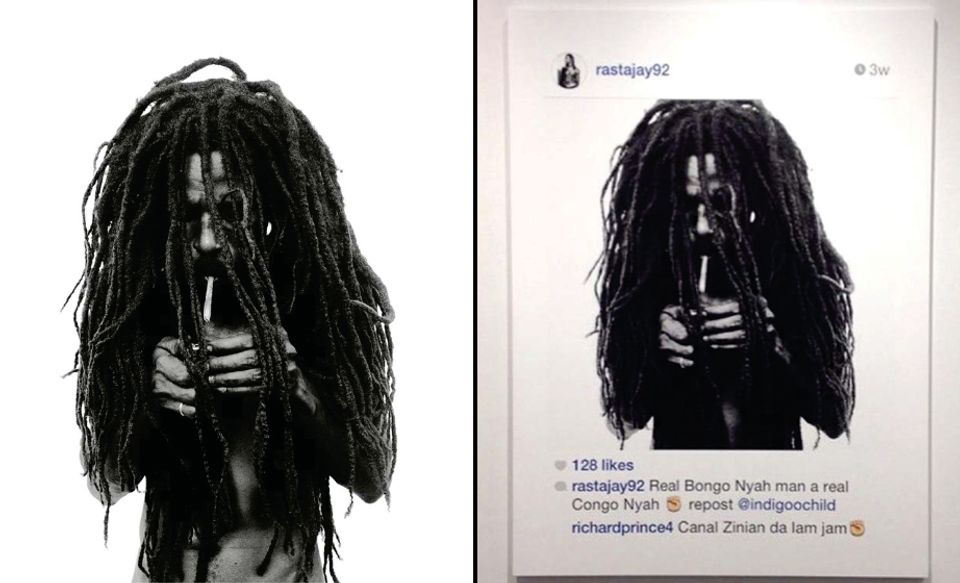 “This lawsuit reflects an attempt to essentially re-litigate Cariou”, the defendants argue, adding that Prince’s enlarged Instagram image is similarly transformative. Graham’s photograph conveys the gravitas of its Rastafarian subject, they say, but Prince’s work, with its Instagram graphics, is “a commentary on the power of social media to broadly disseminate others’ work, or as a condemnation of the vanity of social media, its pervasiveness and sexualized nature, and people’s need to receive ‘likes’ and ‘comments’.”

In a statement issued by the public relations firm Rubenstein Communications, Prince describes his digital technique in creating the New Portraits series as “using electronic scissors”.