Richard Prince denounces exhibition of early Joke paintings at Skarstedt gallery. Or does he?

US artist says he has “nothing to do with the show”, the first to focus on this body of work in the UK

The US artist Richard Prince has distanced himself from an exhibition of early monochromatic Joke paintings opening at Skarstedt gallery in London next month. The show is billed as the first in the UK dedicated to this body of work.

Writing on Twitter yesterday (30 May), Prince said he had “nothing to do with this show” and that he was “never asked”. He continued: “I can’t stop someone from showing my work. But you could at least wait till I die.” 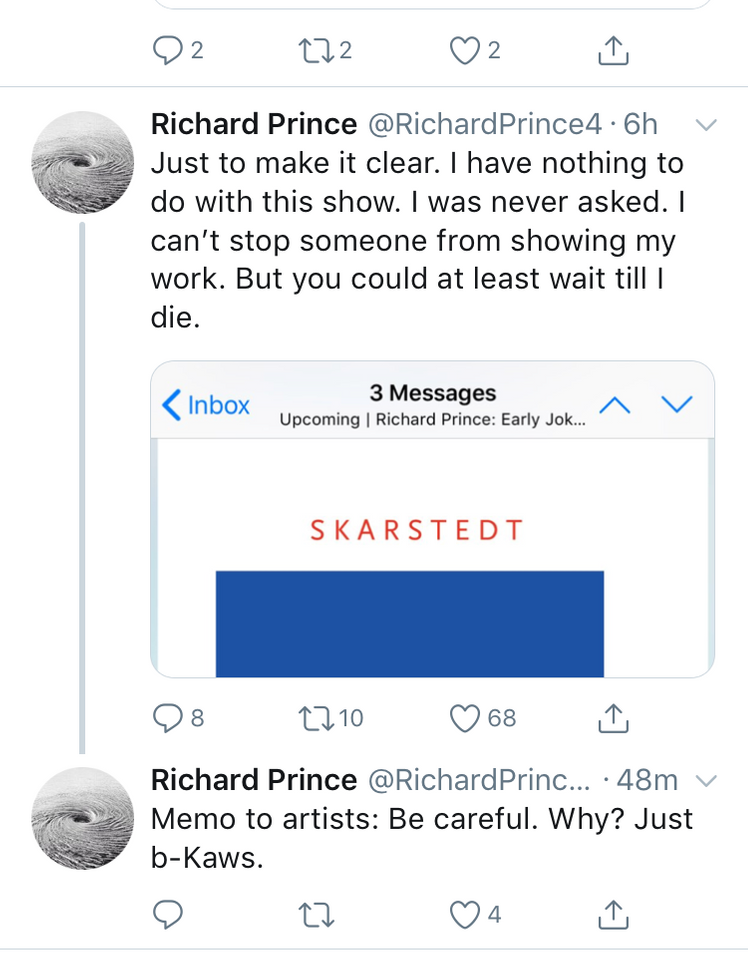 In the comments below his original Tweet, Prince quipped: “Memo to artists: Be careful. Why? Just b-Kaws.” Skarstedt recently announced its representation of Kaws, a former graffiti artist based in New York. The gallery declined to comment on Prince’s Tweets.

Richard Prince: Early Joke Paintings (26 June-3 August) will be Skarstedt’s fifth solo exhibition of the artist’s work. It will focus on the years 1988 to 1992–the period during which Prince went from writing one-liners on pieces of paper to mechanically reproducing jokes on monochrome canvases. The auction record for a Joke painting stands at $4.8m, made at Christie’s, New York in 2016.

The exhibition will also include key works from Prince’s White Paintings series, created during the early 1990s.