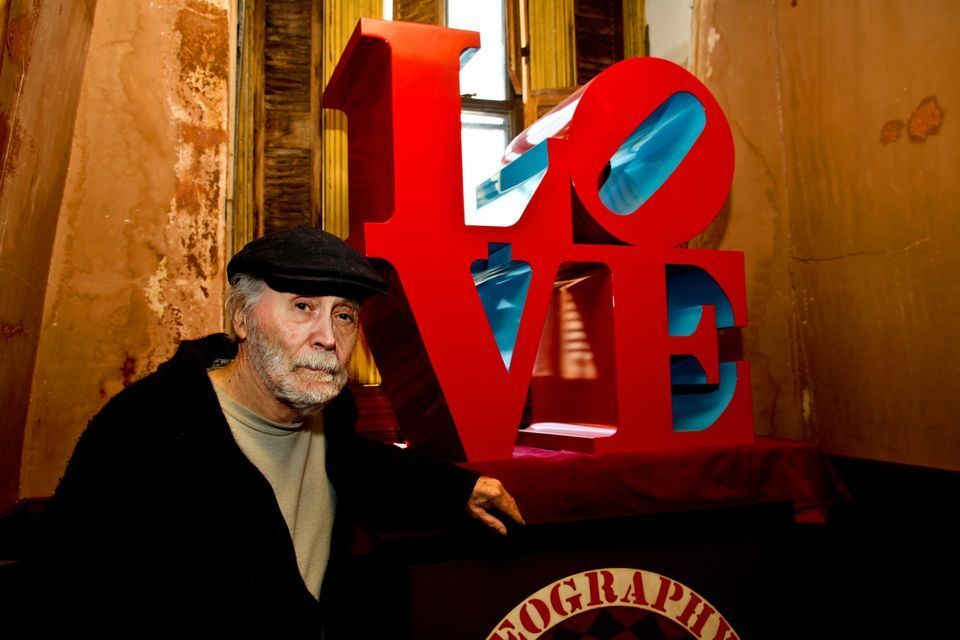 Robert Indian with one of his LOVE works at his home in Vinalhaven, Maine © Joel Greenberg

Who owns LOVE? That has been the burning question at the heart of an acrimonious legal dispute over the rights to Robert Indiana’s works, first filed by the Morgan Art Foundation in May 2018, a day before the artist died.

Now, Michael McKenzie, the founder of the New York-based publishing firm American Image Art and defendant in that case, has filed fresh counterclaims accusing the Morgan of “one of the most massive art frauds in history”.

In a letter sent to judge Analisa Torres on 23 April, McKenzie claims that LOVE has been in the public domain since it was created in 1964 and that the Morgan has since “fraudulently affixed” copyright to more than 1,000 sculptures with a “total retail value believed to be well above $100m”. A further one million items “representing at least $50m in retail sales” are also alleged to have been fraudulently licensed, McKenzie says.

The Morgan Art Foundation has also registered two federal trademarks for the design and reproduction of LOVE, which McKenzie is now seeking to cancel, alleging they were “obtained by fraud, and are invalid”. He adds: “All intellectual property rights were abandoned by Indiana decades ago […] There is no doubt that LOVE is in public domain.”

Indiana first sketched the unmistakable design for LOVE in 1964, the four letters arranged in a square with the “O” tilting to the right. It was published a year later, on a Christmas card for the Museum of Modern Art, but “no copyright [was] served”, McKenzie says. The publisher also notes how, in 1966, Indiana argued against applying copyright to a LOVE poster for his Stable Gallery exhibition, “mainly indicating he didn’t like the way a copyright symbol looked on his art,” McKenzie claims.

Indiana’s LOVE design has since been reproduced on everything from coffee mugs to number plates and paper weights—although the artist barely profited from sales in his lifetime. As Indiana told The Art Newspaper in a rare interview at his home on the remote island of Vinalhaven off the coast of Maine in 2012: “LOVE cinched my whole career, it put me on the map. But, it has also caused me grief and unhappiness, rip-offs and endless unpleasantness.”

McKenzie estimates that the number of LOVE objects and other works “created under public domain” is likely to exceed 100. Furthermore, McKenzie alleges that the “false or fraudulent” registering of LOVE has “improperly inflated” its value, creating “direct and unfair competition with American Image Art’s HOPE art work”, which McKenzie started producing with Indiana in 2008.

The Morgan, meanwhile, maintains it has two agreements with Indiana dating back to 1999: one that gives the foundation the copyright and trademark to all images and sculptures that Indiana produced between 1960 and 2004 and the exclusive right to reproduce and sell the images. The other claims that the foundation has the exclusive right to fabricate and sell certain sculptures, including LOVE.

Luke Nikas, a partner at the law firm Quinn Emanuel Urquhart & Sullivan who is representing the Morgan, describes McKenzie’s latest filing as “legally incoherent and reflects his desperate effort to distract from the serious claims against him”.

The Morgan’s original lawsuit accuses Indiana’s former caretaker, Jamie Thomas, of isolating the artist in his final years to allow McKenzie to forge and sell multiple works falsely attributed to Indiana worth at least $30m.

Nikas says: “[The] Morgan’s complaint describes extensive video and documentary evidence to support its claims—from a video in which McKenzie’s studio assistant uses an automatic signature machine to sign Indiana’s art, to a video in which Robert Indiana himself said that McKenzie is mischievous and out of control.” Thomas and McKenzie have denied all claims.

In July 2019, Judge Torres dismissed several other counterclaims made by McKenzie and Indiana’s estate, including that the Morgan had not properly compensated Indiana for the sales of his work and had unfairly interfered with its business.