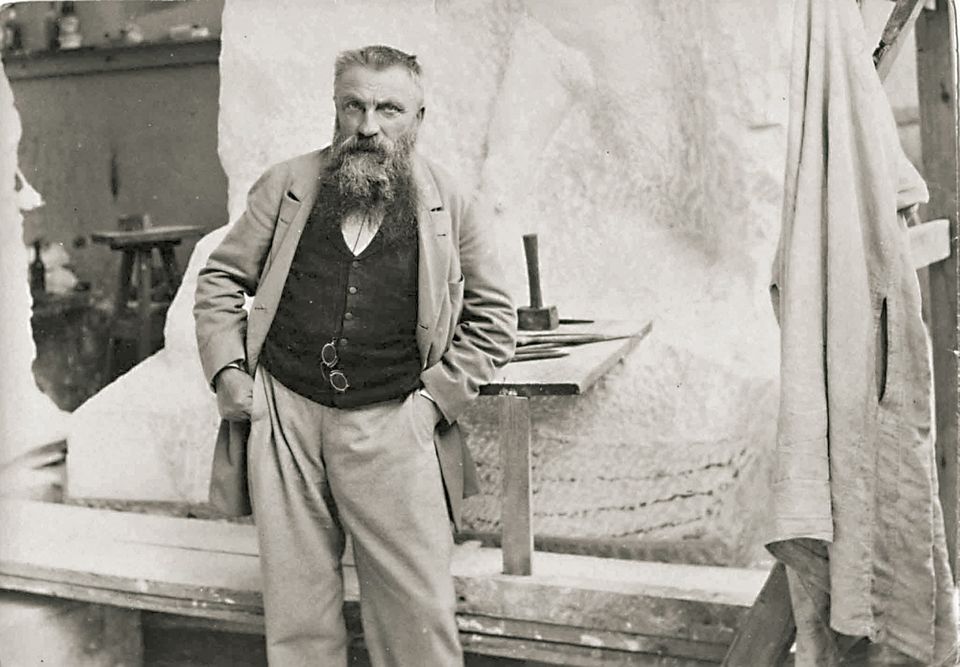 The artist in his studio in 1898 Paul François Arnold Cardon

Rodin’s love of the sculptures from the Parthenon is to be the subject of a major exhibition at the British Museum next April. The Art Newspaper can reveal that the show will assemble around 100 works by the French artist, which will be presented alongside a dozen Parthenon sculptures from the museum’s collection.

Ian Jenkins, the lead curator, wants visitors to “see the Parthenon sculptures through Rodin’s eyes”. Rodin, the greatest sculptor of the late 19th and early 20th centuries, travelled to London on 15 occasions, probably visiting the British Museum every time to sketch and seek inspiration.

The young Rodin, like most art students of his time, drew from casts, and he copied replicas of the Parthenon sculptures in Paris in the 1860s, when in his early 20s. Some of these drawings will be exhibited in next year’s show. Rodin also acquired several reduced-size Parthenon casts.

Rodin’s first visit to London was in 1881, when his discovery of the British Museum’s collection proved to be a revelation. In 1902, he said that “I simply haunt the British Museum”. Rodin continued to visit the museum until shortly before his death in 1917.

The museum’s show will be in the Sainsbury Exhibitions Gallery, and around a dozen of the Parthenon sculptures (438-432BC) will be moved there from their usual home in the Duveen Gallery. This has only happened on two previous occasions: the West Pediment figure of Ilissos was lent to the State Hermitage Museum in St Petersburg in 2014 and six sculptures were shown in the British Museum’s 2015 exhibition Defining Beauty: the Body in Ancient Greek Art.

The precise number of Parthenon sculptures going into the Rodin show will be finalised early next year, depending on which Rodin works are confirmed for the display. Visitors will have an unusual opportunity to focus on the sculptures as individual works rather than as part of an ensemble. Although the Greeks continue to lay claim to the Parthenon sculptures in London, the show will provide tangible evidence of the impact they have had on modern European art. 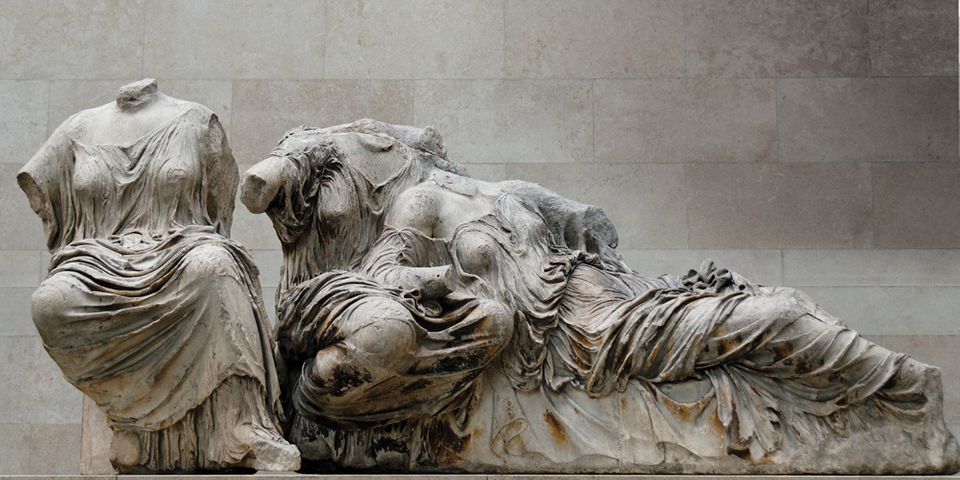 A sculpture, possibly of Hestia, Dione and Aphrodite, from the Parthenon in the British Museum Marie-Lan Nguyen

The loan list has not yet been finalised, but the British Museum hopes to include all the 13 surviving sketches that Rodin made of the sculptures. These are now all in the Musée Rodin in Paris. Many are quick sketches, such as those done on the notepaper of the artist’s hotel, the Thackeray in Great Russell Street, across the road from the British Museum.

Along with the sketches, there will be around 80 Rodin sculptures, including versions of many of his most important works. Most loans will come from the Musée Rodin, but pieces will also come from other collections. 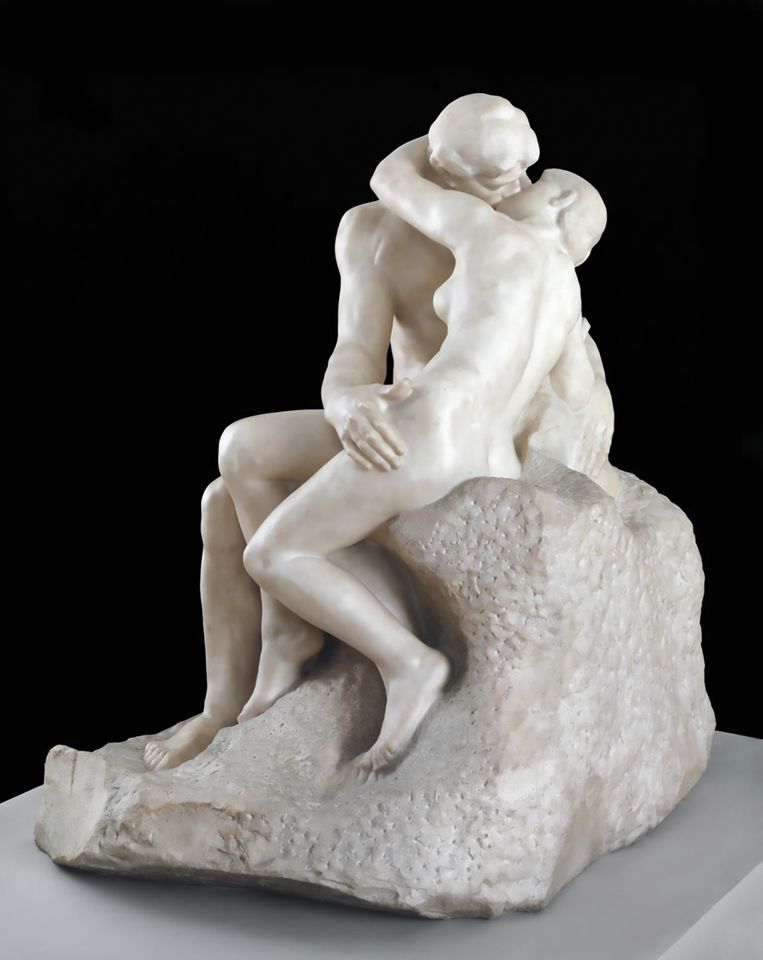 Celeste Farge, the exhibition’s project curator, says that Rodin was fascinated by the damaged headless and limbless bodies of the Parthenon sculptures. They “carried a power of expression that he tried to emulate in his own work”.

The British Museum also hopes to borrow The Burghers of Calais (1908) from Victoria Tower Gardens in Westminster, which is cared for by Royal Parks. It will be exhibited with the Procession of Cattle from the South Frieze of the Parthenon. Both sculptures emphasise the inevitability of death.

Rodin never visited Greece, so he missed out on the opportunity to view the half of the sculptures that remained behind in Athens, at that time still on the Parthenon. Had he gone, they would have been high up on the temple, making it impossible to see the powerful details that proved such an inspiration in London (the sculptures were removed for conservation reasons in the 20th century and are now in the Acropolis Museum, which opened in Athens in 2009). But why did Rodin, who was so obsessed with Classical art, never visit Athens? Jenkins believes that Rodin has his own vision and inspiration from ancient Greece and “preferred these dreams to reality”. 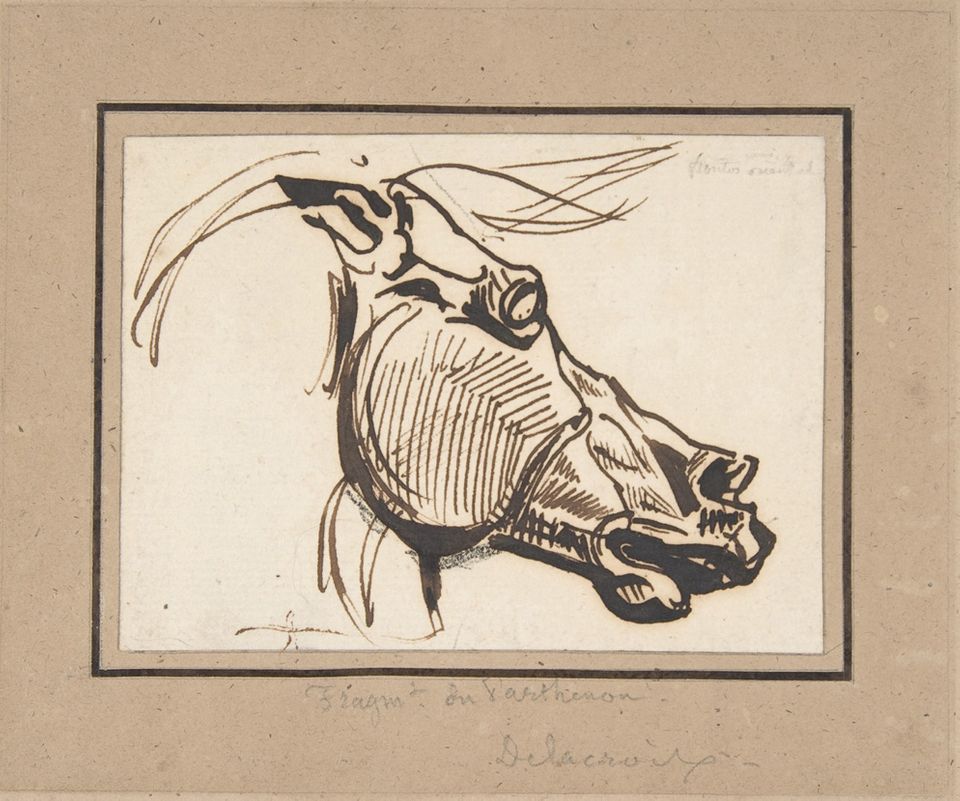 Rodin was only one of a host of French artists who were inspired by the Parthenon sculptures (either in the British Museum’s collection or, more often, in the form of casts). Eugène Delacroix sketched the horse of Selene from the East Pediment (around 1825, Metropolitan Museum of Art, New York). Edgar Degas drew a horse from the North Frieze (around 1854, Harvard Art Museums). The horse of Selene also appears in a painting attributed to Paul Gauguin (around 1886, Bridgestone Museum of Art, Tokyo).

In 1902, Rodin described the British Museum as the “rendezvous of all artists”. It was not just the Parthenon sculptures which attracted them, but also Egyptian sculptures, Assyrian reliefs and Roman statues. In the early years of the 20th century, avant-garde artists began to explore the non-European collections of the British Museum such as African and Oceanic art.