Rothko and Rauschenberg to lead Christie’s London auction in March

Post-war American art has taken centre stage in London in the past months thanks to blockbuster exhibitions at the Royal Academy (Abstract Expressionism, which closed on 2 January) and at Tate Modern (Robert Rauschenberg, which closes on 2 April). Now the market is following suit, with a work by each of these artists leading Christie’s Post-war and contemporary evening sale in London on 7 March.

Mark Rothko’s warm and vibrant No.1 (1949), estimated at £8m-£12m, is part of a series of 12 works that were first shown at the artist’s landmark solo exhibition at New York’s Betty Parson’s Gallery, in 1950. Nine of these are in US museums, including MoMA and the National Gallery of Art in Washington, DC., while one belongs to Christopher Rothko, the artist’s son, and the other is in a private collection. “This was one of the first times that Rothko used this composition, which marks the start of Abstract Expressionism and the beginning of the key cultural shift for America,” says Francis Outred, the chairman of Post-war and contemporary art Europe. The work has never been to auction before, and Rothko kept hold of it until his death. It is now being consigned by a European collector. 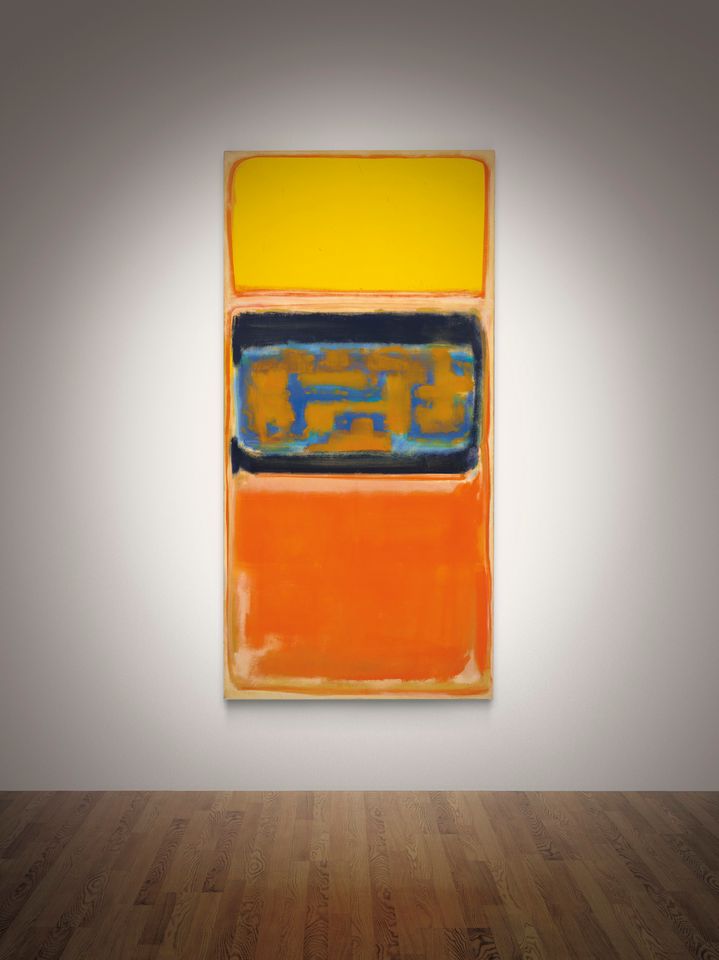 Robert Rauschenberg’s Transom (1963), estimated at £4m-£6m, is part of the silkscreen series that he painted around the time that he won the grand prize for painting at the Venice Biennale in 1964, and that portion of his work has been given its own room in the ongoing Tate Modern retrospective. The work went unsold in at Sotheby’s New York in 2009 with an estimate of $4m-$6m, though it sold privately after the sale to the current consigner. “That year was particularly hard for the market,” Outred says, “but since then we’ve seen substantial growth for major Post-war artists in general but also specifically for Rauschenberg’s work.”

Both works might usually be expected to find a wider audience in the New York sales, but the success of the two museum shows encouraged both consigners to sell the works on this side of the pond, according to Outred. “We also saw quite a strong growth of American and Asian bidding in the London sales in October last year, which was partly to do with the fall of the value of the pound after Brexit,” he adds. As of yesterday (16 January) the Pound has dropped to its lowest level against the dollar since October last year, after UK's Prime Minister Theresa May hinted at a possible exit from the EU single market. With news headlines influencing exchange rates on a daily basis, however, the value of the pound on auction night is anybody’s guess.