Royal Academy launches new £34,000 postgraduate course. But who can afford it?

The institution is entering the lucrative world of branded education 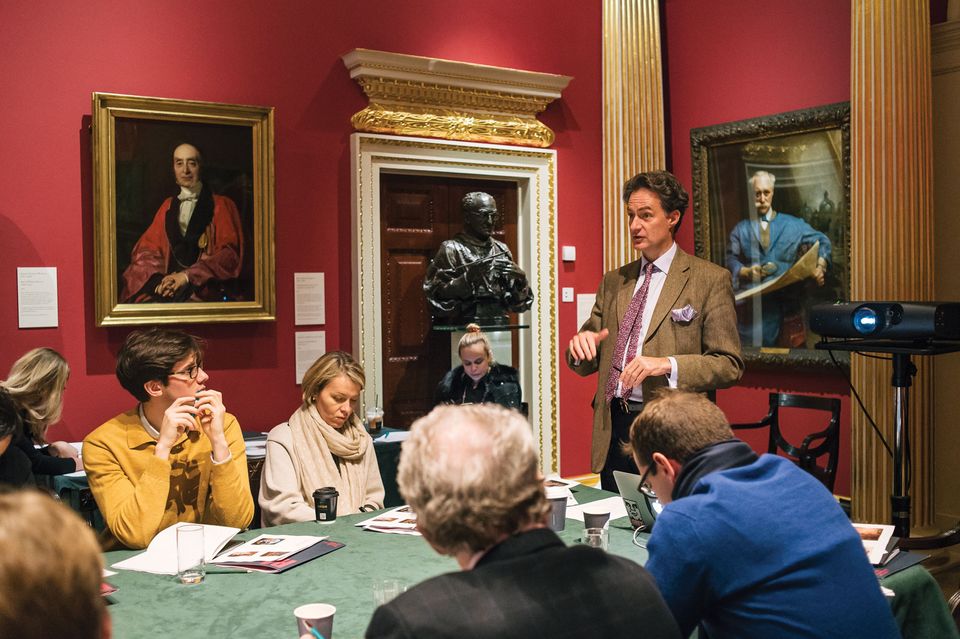 An art evaluation course held at the RA. The new programme will bring together art and business Justine Trickett

The Royal Academy of Arts is launching its first postgraduate degree in collaboration with Maastricht University. The new course, an Executive Master in Cultural Leadership, begins in October and is priced at £34,000 ($47,700), putting it firmly out of reach of those working in the poorly-paid cultural sector in the UK.

Instead, the RA is pitching the degree at prospective students “looking for a career change”, or those whose professional life has brought them into contact with the art world, such as lawyers, but “who may not know a lot about it”, says Anna Dempster, the course’s co-director and head of academic programmes at the RA.

The masters, which will accept around 20 students, will include modules on art business, finance, art law, technology, collections management and exhibitions. There will also be “personal leadership development tailored to each student’s ambitions and goals”, according to the RA website. In London, the teaching will focus on “dialogue with professionals and fellow students and analysing real case studies”, Dempster says, while in Maastricht, where part of the degree will be taught, students will have “a full university experience”.

While the cost of the degree may seem steep, it is “reasonably priced compared to any executive level programme in any top business school”, Dempster says. It is also comparable to postgraduate programmes run by Christie’s Education (owned by the eponymous auction house) and Sotheby’s Institute (part of Cambridge Information Group). Also, the RA is “working really hard on finding a corporate partner to offer as many scholarships as we can”, Dempster says.

The idea to launch a masters degree was first proposed by the RA’s former chief finance officer Jonathan Cornaby, who had worked as the finance director at the Guardian newspaper. The inspiration was the lucrative masterclasses run by the Guardian. These short courses, many led by the newspaper’s own reporters and critics, cover topics ranging from “column-writing” and “writing authentic crime fiction” to “your guide to finding true work happiness”.

“We wanted to explore the area of public education, which is revenue engendering as well as socially valuable,” says Charles Saumarez Smith, the RA’s secretary and chief executive. The organisation, which is a private institution and receives no government funding, duly recruited Dempster, who previously worked at Sotheby’s Institute, where she restructured the masters degree in Arts Business. “The RA realised it had a fantastic brand and was looking for ways to leverage it. It is known for its world-class exhibitions so launching a masters degree allows it to use that visibility to generate income,” says one museum education professional who asked not to be named.

The gambit is likely to pay off. Institutions and numerous publications have launched initiatives capitalising on the prestige of their name. Condé Nast runs a college of fashion and design in London while the School of the New York Times offers courses in New York for high-school students and sells online courses consisting of videos presented by the newspaper’s journalists and other materials. The latter is owned by Cambridge Education Group, the same firm that owns Sotheby’s Institute.

Who will take it?

The student intake for the MA in Arts Business at Sotheby’s Institute is “typically 30% to 40% North American, including Canada, 30% to 40% from the EU and the remaining from emerging economies and art markets in places such as Latin America, Russia and China where the middle class is growing”, says David Bellingham, the programme director. At the RA, Dempster says she is seeking a balance of nationalities and professional backgrounds for her masters course. Asked if she would welcome students from cash-rich countries such as Saudi Arabia, the Gulf States and Qatar, where several cultural institutions have recently opened, or are planned or under construction, she says: “That would be amazing. We would love to internationalise the knowledge we have.” 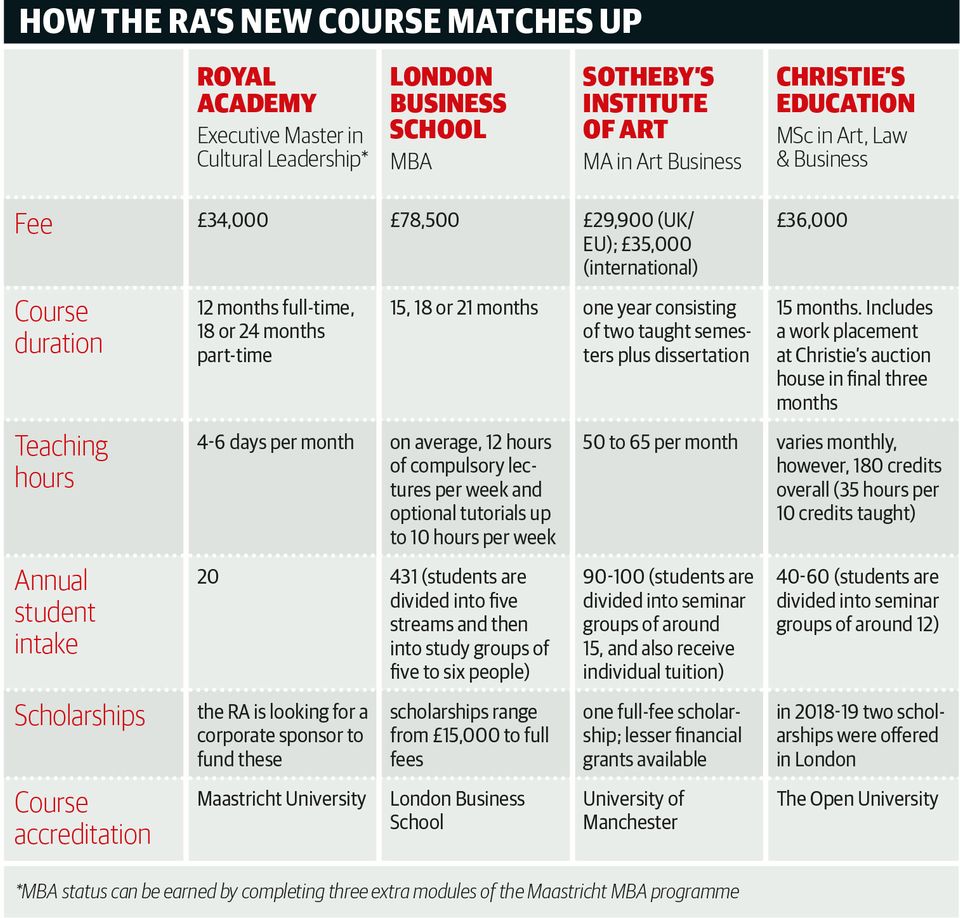