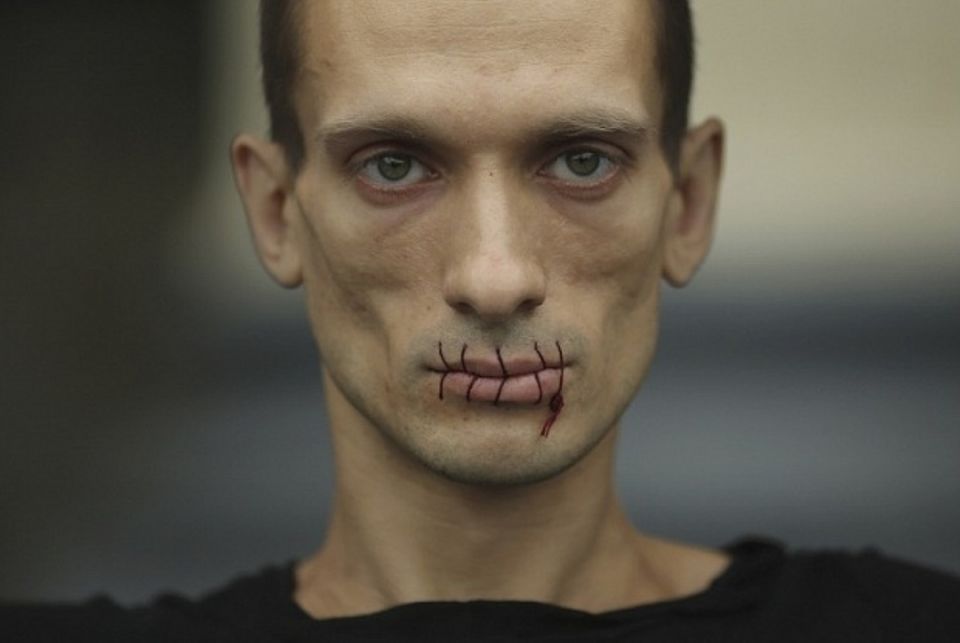 In one of his earliest performances in 2012, Pavlensky sewed his lips shut in protest against the jailing of members of the feminist punk band Pussy Riot courtesy the artist

A Russian performance artist who gained notoriety by nailing his scrotum to Red Square in 2013 is embroiled in a new controversy after posting online a sex tape featuring a candidate running for Paris mayor.

Pyotr Pavlensky says he released the alleged video of Benjamin Griveaux, who belongs to President Emmanuel Macron’s La République en Marche party, to expose “political hypocrisy”. Griveaux was expected to stand against the current incumbent Anne Hidalgo in the mayoral election next month but has since dropped out.

Pavlensky says he obtained the explicit video from a “source” who had a consensual relationship with Griveaux. In an interview posted on the France 24 website, Pavlensky says: “[Griveaux] despises his constituents. He was the only candidate to use his family to promote a political image. He told a big lie; he began his campaign with a big lie.”

Pavlensky has since been arrested but according to the BBC is not being held over the video; the artist is instead being investigated over an alleged brawl in Paris on 31 December involving “wilful violence with a weapon”. He could not be reached for comment.

Griveaux, a father of three, told Agence-France Presse: "A website and social networks have launched vile attacks concerning my private life. My family does not deserve this. No one should ever be subjected to such abuse. For more than a year, my family and I have been subjected to defamatory remarks, lies, rumours, anonymous attacks, the revelation of stolen private conversations and death threats.” Richard Malka, Griveaux’s lawyer, dismissed as “preposterous” Pavlensky’s claim that he was exposing political deceit and hypocrisy.

In May 2017, the French government granted Pavlensky political asylum. Later that year, he set fire to an entrance of a Bank of France building in Paris, condemning bankers as the new monarchs in his latest act of political performance art in France.

Last January, a French court found Pavlensky guilty of setting fire to the state bank facade and handed down a three-year sentence with two years suspended, but released him immediately due to time served in pre-trial detention.

UPDATE (18 February): According to Le Monde, Pavlensky and his partner Alexandra de Taddeo have been indicted for "invasion of privacy" and "dissemination without the consent of the person [involved] of sexual images". He has not been charged in a second judicial investigation relating to an act of violence with a weapon allegedly committed on 31 December.