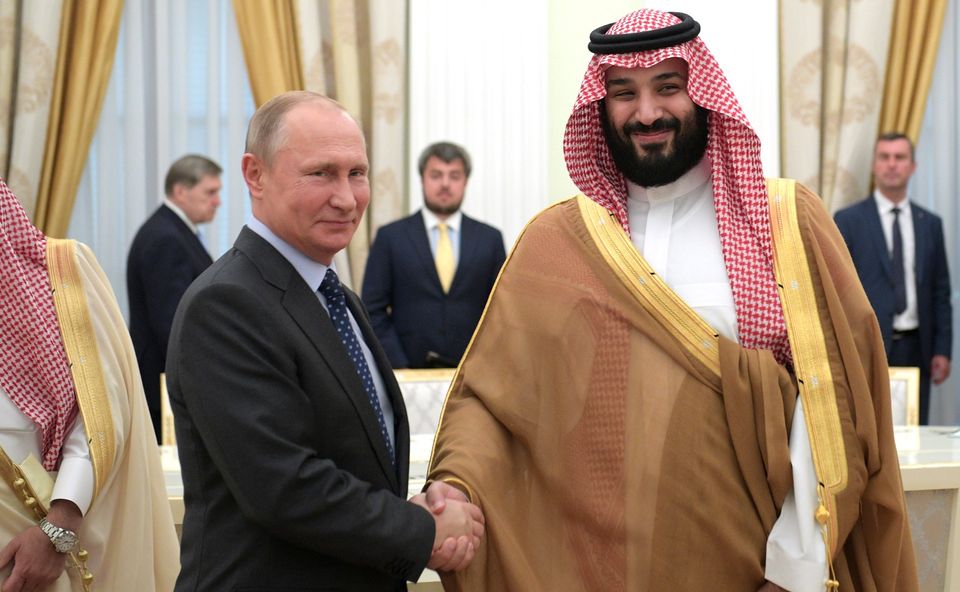 “As part of the forum, RDIF, in cooperation with the Russian Museum, will present an exhibition of works by great 20th-century Russian artists, Wassily Kandinsky and Pavel Filonov,” the fund says in a news release. It notes that the fund recently joined with the oil company Saudi Aramco in organising a concert in Saudi Arabia by the Russian Mariinsky Orchestra that was conducted by the maestro Valery Gergiev.

The announcement comes as executives and government officials from other countries continue to pull out of the conference in Riyadh as evidence mounts of a high-level Saudi role in the slaying of the dissident journalist Jamal Khashoggi at the Saudi consulate in Istanbul this month.

RDIF’s chief executive, Kirill Dmitriev, cites “rapidly developing” relations between Russia and Saudi Arabia. He asserts that Saudi Arabia “is carrying out a reform process that is important not only for the Middle East region, but the whole world”. The conference, nicknamed Davos in the Desert, runs 23-25 October.

Earlier this week Mikhail Piotrovsky, director of the Hermitage Museum in St. Petersburg, was quoted by the Kommersant newspaper that he planned to attend the conference as well.

The announcement by RDIF was made a day after Russia’s president, Vladimir Putin, said that Russia lacks enough information on Khashoggi’s death to risk a rupture of ties with Saudi Arabia. Speaking at a discussion forum in Sochi, Russia, he also said that the United States bore some responsibility for Khashoggi’s well-being.

“He did not live in Russia, but in the US,” Putin said. “And in this respect, of course, the US bears certain responsibility for what happened to him. This goes without saying. He chose the United States as his country of asylum.”

“First, we must await the results of the investigation,” he continued. “How can we, Russia, begin to spoil relations with Saudi Arabia, without knowing what really happened there?”

Crown Prince Mohammed bin Salman met with Putin in June when he came to Moscow for the opening of the 2018 FIFA World Cup. In 2017, the crown prince’s father, King Salman, made the first visit to Russia by a Saudi monarch. A Saudi culture week was held in Moscow to coincide with the visit.