Sacklers in talks over multibillion-dollar settlement of opioid crisis lawsuits 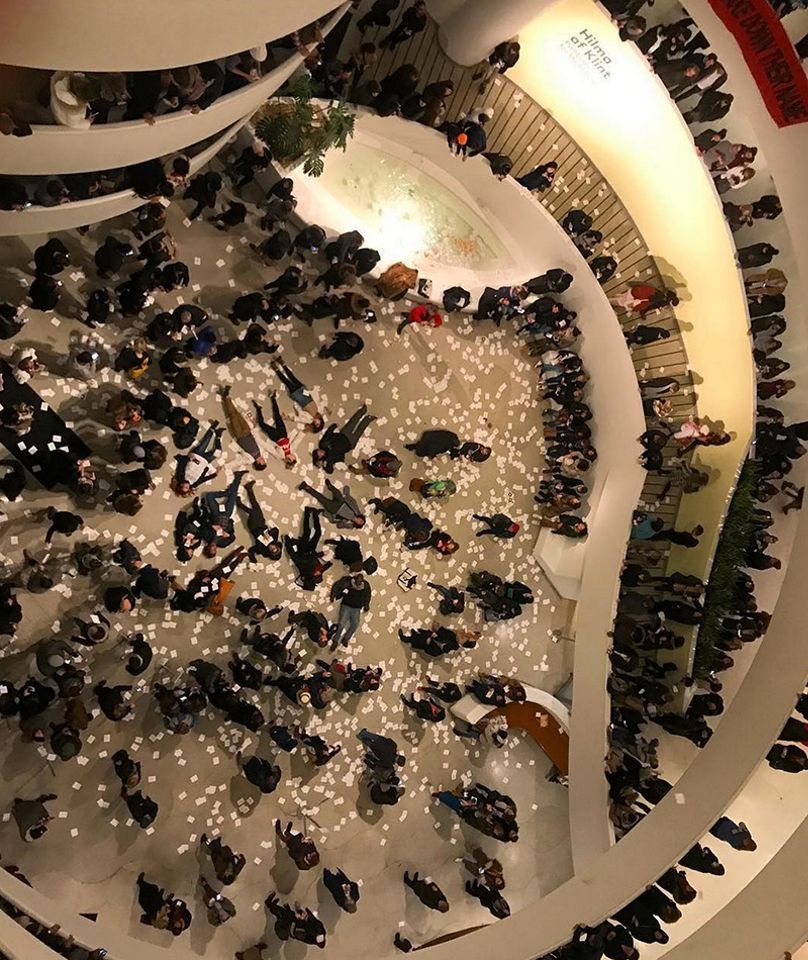 The Sackler family, which owns the drug maker Purdue Pharma, is said to be in talks over a multibillion-dollar agreement to settle thousands of federal and state lawsuits related to the US opioid epidemic.

NBC News reported on Tuesday that the proposed settlement totalled $10bn to $12bn. Included in that sum would be $3bn paid by the Sackler family, which would give up ownership of the company, according to The New York Times.

According to several media reports, the bulk of the money would come from a bankruptcy filing that would convert Purdue Pharma from a private company into a public trust. The trust would funnel all the profits from drug sales, including the opioid painkiller OxyContin, to the states, cities and other entities that have sued the company over an opioid addiction crisis that has laid waste to entire communities.

The drug maker is accused of aggressively marketing OxyContin while minimising the risk of addiction.

The controversy has sent ripples through the art world because of the Sackler family’s role as major arts philanthropists. The artist Nan Goldin and her activist group Pain (Prescription Addiction Intervention Now) have held protests at several museums that have been beneficiaries of Sackler money, calling on those institutions to cut all ties with the family. Several institutions, including the Metropolitan Museum of Art and the Solomon R. Guggenheim Museum in New York and the Tate in the UK, have announced that they will accept no further donations from the Sackler family members who control Purdue Pharma.

In a statement, Purdue Pharma said today that discussions on a potential “resolution” were continuing. “While Purdue Pharma is prepared to defend itself vigorously in the opioid litigation, the company has made clear that it sees little good coming from years of wasteful litigation and appeals,” it said.

“The people and communities affected by the opioid crisis need help now. Purdue believes a constructive global resolution is the best path forward, and the company is actively working with the state attorneys general and other plaintiffs to achieve this outcome.”