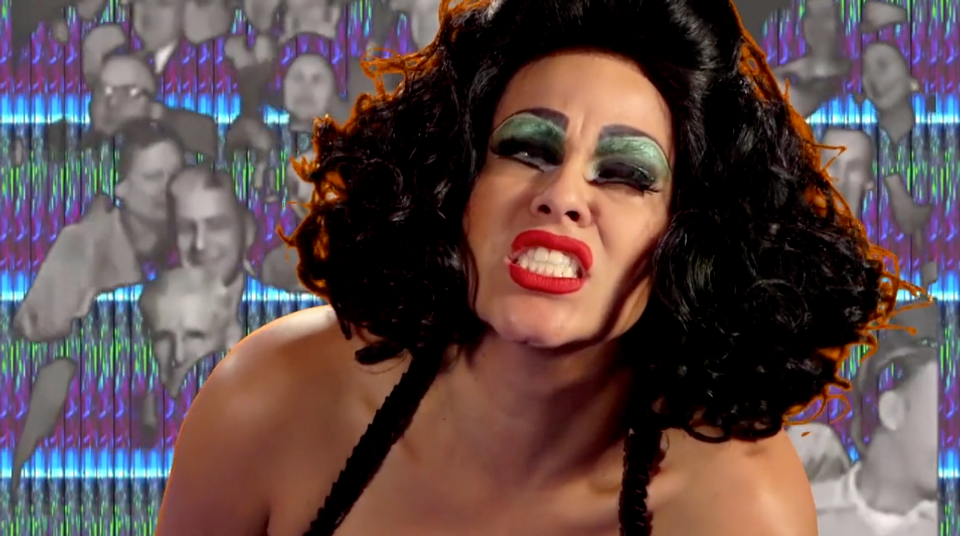 A video work by the Oakland-based artist Xandra Ibarra was removed from a group exhibition at the Centro de Artes in San Antonio after officials declared that it violated a Texas statute prohibiting “obscene content”.

XicanX: New Visions, an exhibition curated by Suzy González and Michael Menchaca that aims to celebrate Chicano art and is on view until 28 June, included Ibarra’s work Spictacle II: La Tortillera (2014, and created from a 2004 performance). In the work, the artist “makes tacos with her panties and ‘spreads her seed’ onto tacos with her Tapatio cock” while dressed as a minstrel Mexican housewife, the curators write in a petition to restore the work.

Ibarra’s work was removed from the show before it opened on 13 February. The artist tells The Art Newspaper she “not was surprised” at the decision, but that it’s not the first time her work has been pulled from an exhibition.

The piece is part of a series of “strip tease” videos that deal with gender and Mexican stereotypes. It was shown—along with the strap-on hot sauce bottle, which is its own work called Spic Jouissance Bottle (Tapatio Cock) (2014)—at the Knockdown Center last year in the exhibition Forever Sidepiece.

The National Coalition Against Censorship has sent a letter to the mayor of San Antonio challenging the removal of Barra’s video from the show, writing that the work does not meet the legal definition of obscenity, which exempts works of art with “serious literary, artistic, political or scientific value”. The letter adds that “allowing public officials to remove anything having sexual references or content is likely to violate First Amendment principles and generate—as in this case—decisions based on subjective interpretation”.

My parodic video Spictacle II: La Tortillera (2014) has been legally determined as “obscene content” by City Attorney Andrew Segovia and has been censored by the city of San Antonio’s Department of Art and Culture. ? On February 13, 2020, my work was removed preceding the opening of a group exhibition entitled XicanX: New Visions curated by Suzy Gonzales and Michael Menchaca at Centro de Artes. According to the @ncacensorship National Coalition Against Censorship, The City of San Antonio’s censorship violates the civil right to freedom of speech & expression, a right granted by the U.S. Constitution. Sign the petition written by the curators @dos_mestizx , link in bio. #censorship @ncacensorship #xandraibarra #tapatiocock #lesbianart #lachicaboom #fml

The centre is owned and funded by San Antonio’s department of arts and culture, which could not be reached for comment at the time of this writing.