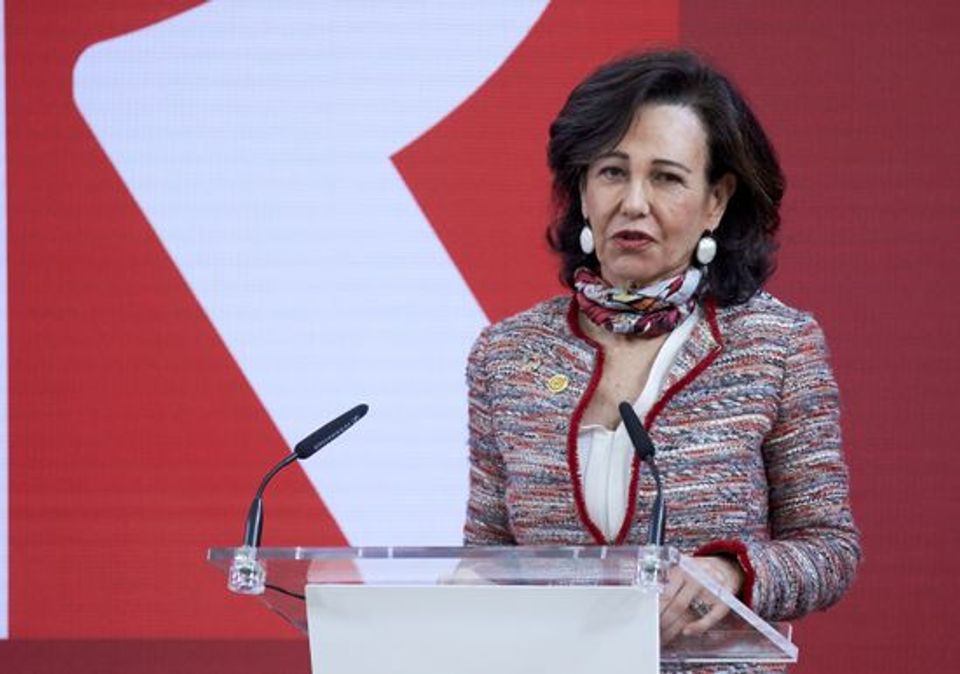 Ana Botín at the eighth edition of the Honorary Brand Ambassadors for Spain ceremony in Madrid on 3 March, just before the coronavirus outbreak hit the country. Angel Naval/Marina Press/Shutterstock

Kristalina Georgieva, the managing director of the International Monetary Fund (IMF), has appointed a new external advisory board of 12 members from around the world, including Ana Patricia Botín, the chairman of Santander bank and part of Spain’s most important family of art collectors.

Also appointed to the committee, announced on Friday, is Scott Minerd, the chief investment officer of Guggenheim Partners, a financial company formed in 2000 with $30m of Guggenheim family money. Minerd is the largest private collector of Peanuts comic strip creator Charles Schulz’s art.

The board has been established in response to the challenges the world is facing due to coronavirus (Covid-19) and its economic impact. The IMF now anticipates the worst fallout since the Great Depression, with the crisis hitting emerging markets and developing countries the hardest.

“Even before the spread of Covid-19 and the dramatic health, economic, and financial disruptions it has brought, IMF members confronted a rapidly evolving world and complex policy issues," Georgieva says in a statement. “To serve our membership well in this context, we need top-notch input and expertise from the widest range of sources, inside and outside the fund. I am proud that an exceptional and diverse group of eminent individuals with high-level policy, market and private sector experience has agreed to serve on my external advisory group.”

Other members of the board include Nyaradzayi Gumbonzvanda, the chair of ActionAid International; Kevin Rudd, Australia’s former prime minister; and Kristin Forbes, a professor at the Massachusetts Institute of Technology.

Botín, who succeeded her father Emilio as the head of Santander in 2014, has called for a Europe-wide action to the pandemic. Writing in the Financial Times on 7 April, she praised the European Central Bank for buying public and private debt and the European Commission for creating a shared €100bn fund to safeguard employment.

But, she says, “these steps are sadly the exceptions to the rule”. She adds: “All too often, national interest has trumped the need for Europe-wide action. Nation states have defaulted to their traditional positions, exposing the political fault lines across the continent.”

EU finance ministers must agree on a common plan, Botín says, and “those countries with the broadest shoulders should carry more of the burden”.

The Botín family's foundation began collecting art in 1993 and in 2017 they opened the Centro Botín, a 33,000-sq. ft private museum, in Santander, northern Spain. The collection specialises in contemporary art and includes works by international artists such as Joan Jonas, Carlos Garaicoa, Mona Hatoum, Jannis Kounellis and Gabriel Orozco.

In January, a Madrid court sentenced the Spanish businessman Jaime Botín, uncle to Ana Patricia, to 18 months in jail for smuggling Picasso's Head of a Young Woman (1906) out of Spain four years ago; the work has been seized by the state and Botín will be required to pay a €52.4m fine.

Also an avid art collector, Minerd told CSQ magazine that his penchant for Peanuts stems from Schultz's ability to “take on a lot of serious issues, whether they were social causes or life issues or even issues of faith”. For his part, the Guggenheim Partners executive has been outspoken about the US Federal Reserve’s efforts to stimulate financial markets, calling for a $2tr package on a par with the bailout extended to banks during the 2008-09 credit crunch.

Meanwhile, speaking recently on Bloomberg TV, Minerd says government subsidisation of airlines is a “political nightmare”. He points out that over the past ten years, since the global financial crisis, airlines have purchased back $45bn-worth of stock. “Today they are asking for approximately $50bn-worth of aid to bail them out. I think that is a political nightmare […] I’m an avowed capitalist, but there are situations where you have to allow the people who are getting a return for the risk to actually take the risk and not have the government bail them out.”