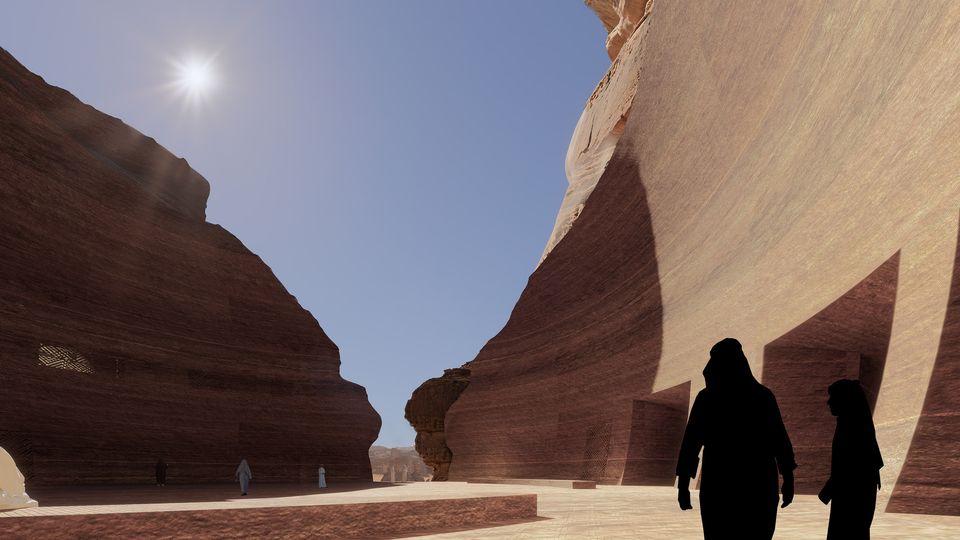 Saudi Arabia’s relentless drive to reposition itself as a cultural destination continues apace with the unveiling of the French architect Jean Nouvel’s design for a subterranean hotel cut into the sandstone landscape in the northwestern AlUla desert. The Sharaan resort, reportedly due for completion by 2024, will include 40 rooms and three resort villas, with balconies looking out across the ancient landscape. Meanwhile, the Japanese architect Kengo Kuma and Foster+ Partners of London are designing a tourism development on an archipelago of 90 Saudi Arabian islands in the Red Sea on the west coast.

These ambitious new luxury initiatives are part of a drive to promote the cultural credentials of Saudi Arabia, helping to diversify the economy and deliver a more “open” image of the country, in line with the government’s Vision 2030 plan. The Middle Eastern state’s vision for arts and culture is expected to take centre stage at the forthcoming G20 summit to be held in Riyadh later this month (21-22 November). The country’s culture minister recently argued that policymakers “should bring the cultural economy… to the forefront of the global economic discussion”. 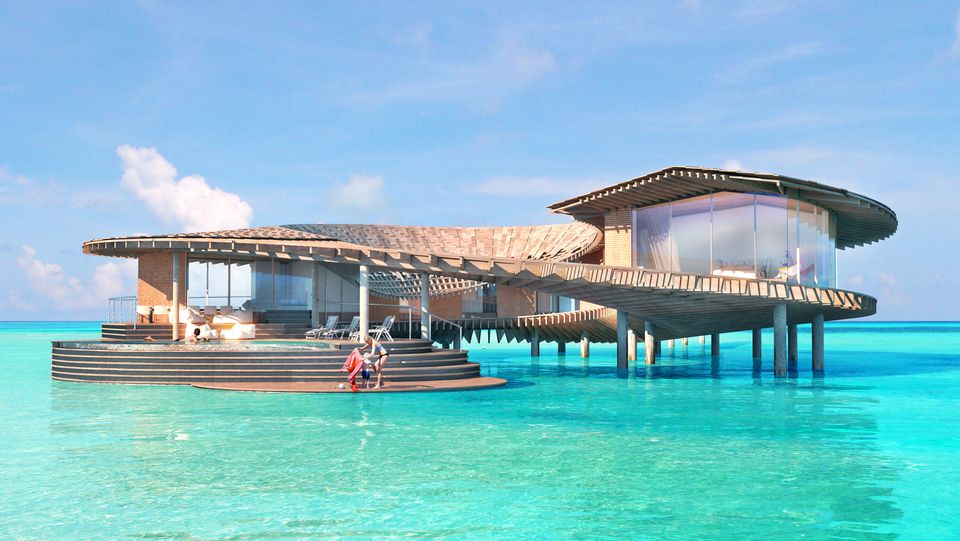 But earlier this year, the launch of the Desert X site-specific contemporary art exhibition in AlUla (Desert X AlUla) sparked controversy. The move prompted the resignation of three members of Desert X’s board of directors. These included the art historian Yael Lipschutz who said that the project was “about striking a deal with a national government… that is completely undemocratic”.

A spokeswoman for Desert X says that “the majority of the Desert X Board voted in favour of Desert X AlUla, reinforcing the organisation’s mission to facilitate cultural exchange and open dialogue through art. The exhibition was a great success and a pioneering step forward, connecting artists from around the world and local and global communities.”

The kingdom's human rights record was the subject of global condemnation following the killing of the Washington Post journalist Jamal Khashoggi at the Saudi consulate in Turkey in October 2018. Meanwhile, Nouvel’s resort announcement comes on the back of a ten-year agreement signed early 2018 between France and Saudi Arabia to develop the AlUla region into a cultural tourism destination.

Under the contract, France will help create a blueprint for museums, archaeological digs and conservation in the region—home to the country’s first Unesco world heritage site (Hegra)—as well as develop transport, hotels, crafts, education and training, urban planning and other infrastructure projects. The state-backed body, Royal Commission for AlUla, is responsible for “preserving and developing” the 2,000-year-old historical site. 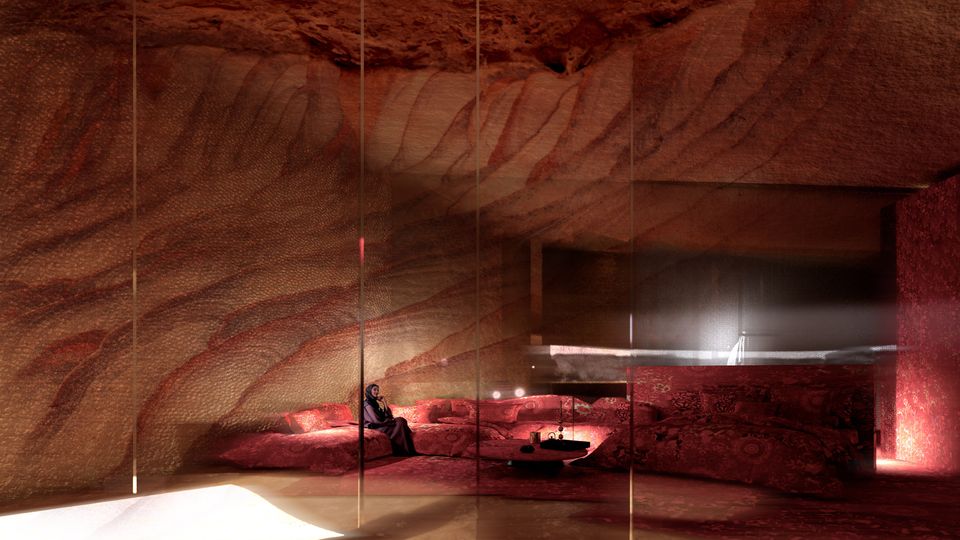 The Nabataeans, whose kingdom existed from around the fourth century BC to the first century AD in the wealthy city of Petra in southern Jordan, left impressive monuments cut directly into sandstone cliff faces in Mada’in Saleh, an archaeological site in AlUla. Nouvel’s designs will draw “on the nearby Nabataean wonders of Hegra”, incorporating a circular courtyard that will also be cut into the cliff face. “From here a series of rooms will be arranged around a central 80-metre high lift shaft,” says the design website Dezeen.

“Our project should not jeopardise what humanity and time have consecrated,” says Nouvel in a statement. “Our project is celebrating the Nabataean's spirit without caricaturing it. This creation genuinely becomes a cultural act.” 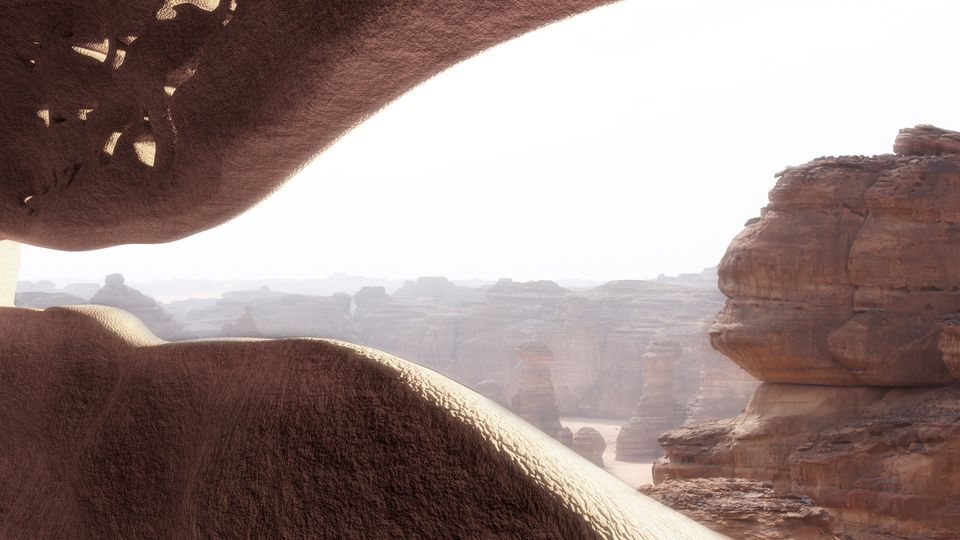 The KSA Mission for Unesco—Saudi Arabia’s representation on the world heritage body—has endorsed the scheme, saying on Twitter that the Sharaan resort by Jean Nouvel is a “unique structure, complementing the location’s surrounding monuments and history”. A statement from the Royal Commission for AlUla addresses the issue of conservation risks, saying: “This level of luxury will not be at the cost of the natural landscape, as the new resort will draw on emission-free power and new standards in sustainability.”

Meanwhile, the Red Sea project involving Kuma and Foster falls under the Vision 2030 plan outlined by the government. The initiative is backed by the Public Investment Fund of Saudi Arabia, a sovereign wealth fund headed by the Crown Prince Mohammad bin Salman Al-Saud. Kuma will design 100 holiday villas on Ummahat al Shaykh Island while Foster will oversee the Red Sea project’s own dedicated airport.

The planned resorts follow other high-profile cultural ventures such as the launch of teamLab’s new digital art museum planned for Jeddah by 2023. In June, the Saudi government also announced plans to launch a new contemporary art biennial at the historic Ad Diriyah city located on the outskirts of Riyadh.

UPDATE (6 November): This article was amended to include comments from Desert X.