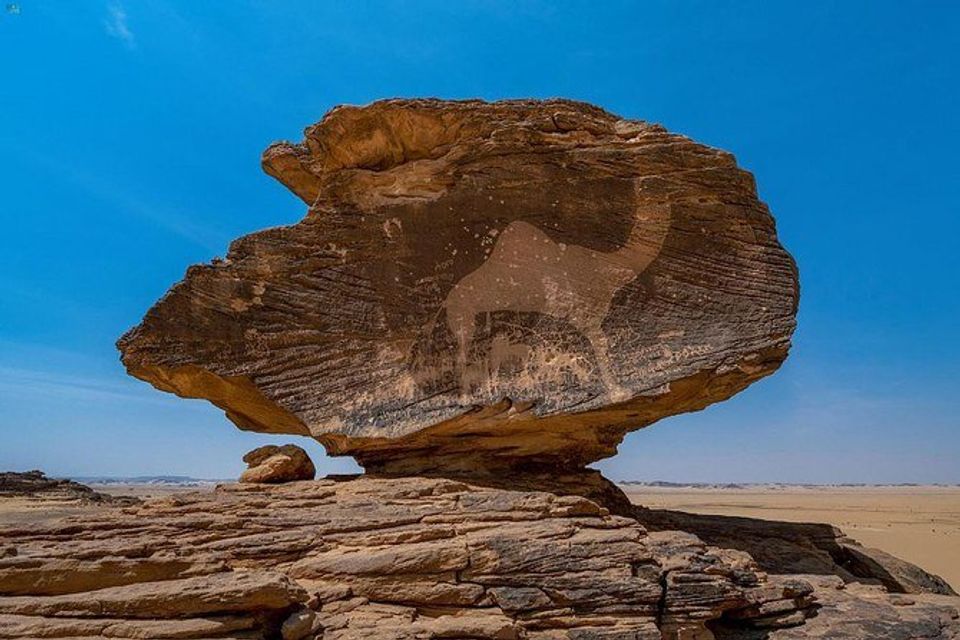 A petroglyph of a camel in Hima Photo: Flickr

Saudi Arabia’s cultural credentials have been boosted further by the inclusion of Hima, one of the largest rock art complexes in the world, on Unesco’s World Heritage list. The site is the sixth to be enlisted in the country, joining the At-Turaif district in ad-Dir’iyah north-west of Riyadh and Hegra in Al-Ula, the sandstone landscape in the northwestern desert.

Unesco says online that Hima is “located in an arid, mountainous area of southwest Saudi Arabia, on one of the Arabian Peninsula’s ancient caravan routes, Ḥimā Cultural Area contains a substantial collection of rock art images depicting hunting, fauna, flora and lifestyles in a cultural continuity of 7,000 years.” Inscriptions are in different scripts, including Musnad, Aramaic-Nabatean, South-Arabian, Thamudic, Greek and Arabic.

Unesco’s decision boosts the Saudi government’s aim to deliver a more “open” image of the country in line with the government’s Vision 2030 plan. One contributor on Twitter comments: “This proves the hard work of the minister of culture has paid off.”

Other new additions to the Unesco world heritage list include the Darmstadt Artists’ Colony on Mathildenhöhe, Germany, and the Lighthouse of Cordouan at the mouth of the Gironde estuary in France. The Great Spa Towns of Europe—including Baden-Baden (Germany), Montecatini Terme (Italy) and Bath (United Kingdom)—have also been included as a grouping on the world heritage list.

Meanwhile, Unesco has confirmed that Stonehenge could be put on its list of World Heritage sites in danger if plans to build a tunnel under the prehistoric landmark in Wiltshire are not modified. According to the Guardian, a report to Unesco’s world heritage committee setting out concerns about the £1.7bn A303 road tunnel was approved unchanged on 22 July. Last week, Unesco announced that it had stripped Liverpool of its status as a world heritage site because of construction projects including a massive redevelopment of the city’s historic docklands.