Didier Claes, who was consulted for the restitution report commissioned by French president Emmanuel Macron, says it has invigorated the market for African art 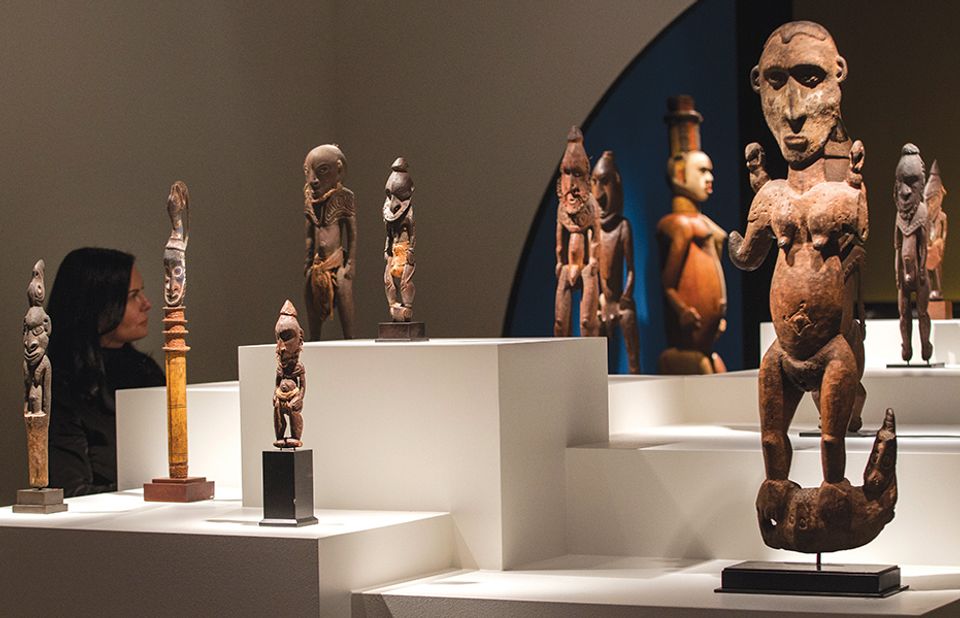 Despite fears that the so-called Savoy-Sarr report could dampen the trade of African art, Didier Claes, a Brussels-based tribal art dealer and Tefaf Maastricht exhibitor, who was consulted for the study, says that the restitution debate is in fact invigorating the market.

Commissioned by the French president Emmanuel Macron and written by the academics Bénédicte Savoy and Felwine Sarr, the report recommends the “swift restitution” of colonial-era artefacts from French museums to Africa. There has been concern that the report, published in November, will discourage private collectors of tribal art from buying and donating to museums.

Claes, though, says he has not seen any signs that the report will hit business at Tefaf Maastricht this month, where tribal art is a small but important specialism—six exhibitors focus on the field. “Quite the contrary,” he declares. “With these debates about restitution, we have never spoken so much about African art.”

Claes concedes that collectors “were a little worried at first”, but now “new clients are showing up”. He adds: “This debate will even increase the craze [for African art] and we will see a stronger market grow.”

Claes has, however, criticised the report for being “too negative” and for suggesting that everything acquired during the colonial period was stolen and therefore should be returned. Fellow Belgian dealer and Tefaf Maastricht exhibitor Bernard de Grunne agrees. “To say colonisation was a crime against humanity, as Macron did, is absurd,” he says. “Claims that all of these pieces were stolen is a complete lie.” He estimates that 80% to 90% of pieces in private and public institutions were sold legitimately. “This is the secondary market; these works have come down through four or five collections.”

Describing the report as a “French problem”, De Grunne says it raises more questions than it answers: “Who are the legitimate owners? How much do we give back? Is it not reverse racism to say that only African countries should show African art?”

As for the market, De Grunne says the report is “not having a dramatic effect”. The Paris auctions in December “did ok”, while the Brafa fair in Brussels in January was “in between”. The issue now is clarity. “As long as there is uncertainty it will have some sort of effect,” he says.

Claes says the Savoy-Sarr report was prepared in just six months—“it serves as a basis for debate”.

One of the proposed solutions is that questionable pieces should be shared rather than restituted.

“Sharing is important,” Claes says. “No matter what it’s called, Africa needs to have access to its heritage.” However, he cautions that African nations need to first develop “a real cultural political will around art—not only on the issue of restitution”.