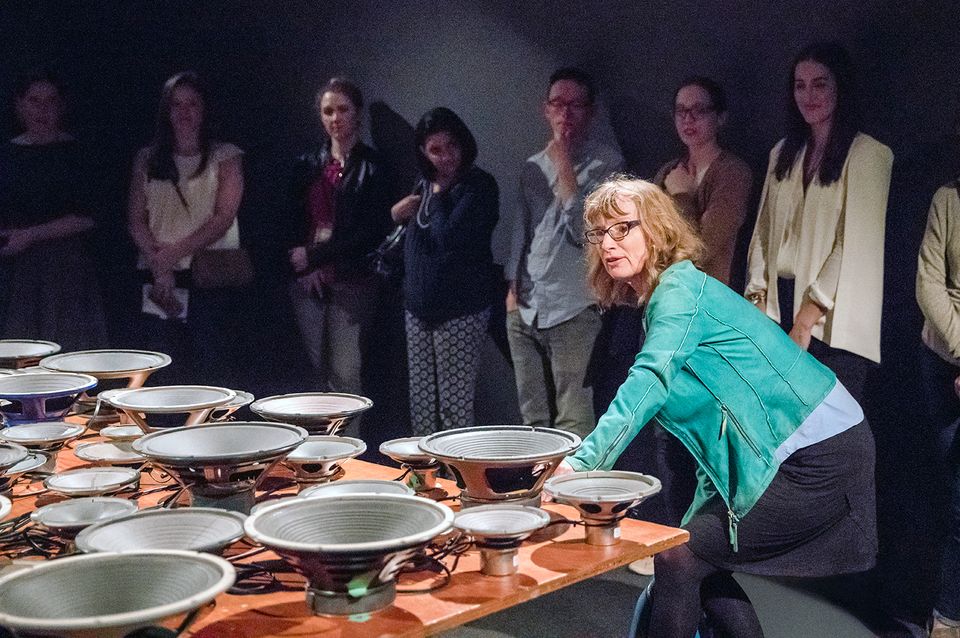 Janet Cardiff and George Bures Miller were honoured at the ninth annual deFINE ART at Savannah College of Art and Design (Scad), a three-day programme of talks, exhibitions and other events across campuses in Savannah, Atlanta and Hong Kong. The couple—who started working together as artists in the mid-1990s, but still make works individually—are showing two of their collaborative immersive sound installations at the Scad Museum of Art in Savannah (until 18 July).

Opera for a Small Room (2005) is presented in a large gallery space. Visitors can peer into a room filled with old records, record players and antique speakers; music and projected voices give a feeling of human absence. Coloured lights flicker on and off, sending reds and blues across the space. Experiment in F# Minor (2013), in a smaller gallery space, is a table covered in speakers, with sensors on the sides that pick up shadows. People walking around trigger sounds and instrumental tracks—the more shadows, the more sounds. If no one approaches the work, it is silent.

Accepting the award in Savannah, Cardiff—who initially trained as a printmaker—said: “I think for a lot of our work, we like when there’s a bit of trickery or enough intrigue that it brings people in to figure out, ‘how is it doing that?’”

As part of deFINE ART, the museum is presenting ten other solo exhibitions by artists including Paola Pivi, Pia Camil and Yang Fudong, working in a wide range of media including installation, sculpture and film.

Although they differ in their choice of media, family and narrative are central to the works shown by the Nigerian-born Toyin Ojih Odutola and the Scad graduate Melissa Spitz, both based in New York. Spitz draws on her own family’s narrative in her photographic series You Have Nothing to Worry About (until 29 April), begun in 2009 and still continuing, documenting her mother’s struggles with substance abuse and mental illness. This presentation is displayed alongside family documents such as a snapshot of Spitz with her mother and brother, labelled as the last time her father recalls her mother “being normal”.

Spitz—named Time magazine’s Instagram Photographer of the Year 2017— rejects criticism that the project might be exploitative, saying that it has brought her closer together with her mother, who has become an active participant.

The photographs look at the stigma of mental illness and addiction. When Spitz was a child and her mother had cancer, she was sent home every day from school with a casserole, but after her mother crashed her car while driving under the influence, she was ostracised: “I wanted to try and understand why one thing warranted so much support, and the other didn’t.” 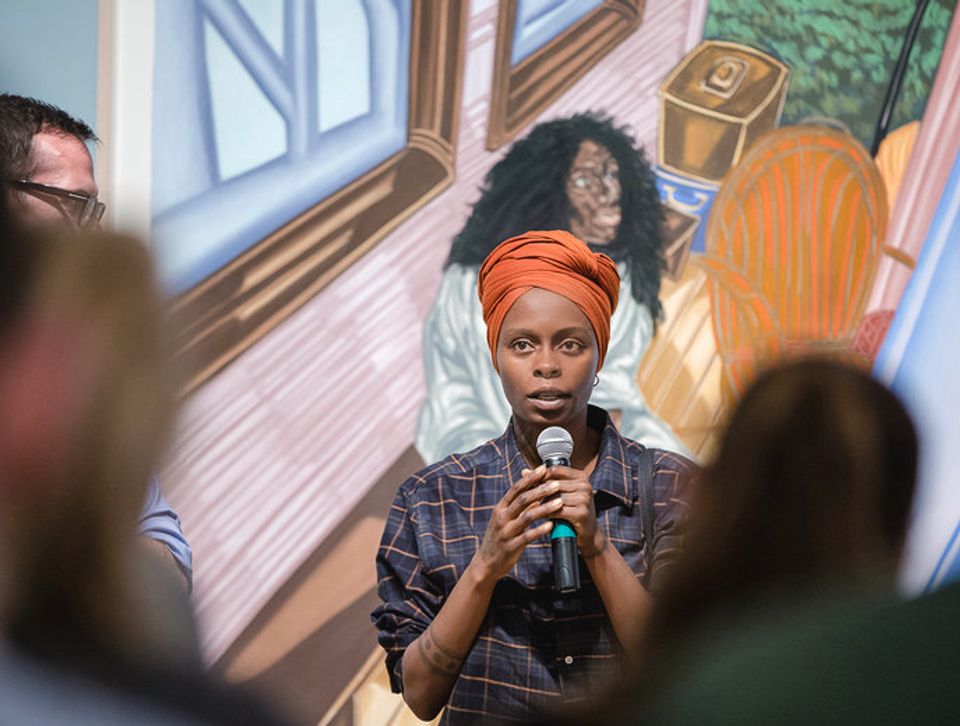 Meanwhile, Ojih Odutola’s works in pastel, charcoal and pencil on paper in her show Testing the Name (until 9 September) portray a fictional narrative of two aristocratic Nigerian families connected by marriage: the UmuEze Amara, among Nigeria’s oldest noble clans, and the Obafemi, a minor aristocratic house whose members have served as traders and ambassadors. The artist positions herself as their private secretary. Works from this ongoing story were shown at the Whitney Museum in the recent exhibition To Wander Determined.

“I want you to enter their world,” Ojih Odutola says. The works show everyday moments—for example, a mother and her toddler daughter picnicking, or a young girl on her gap year—in the lives of well-to-do people. The depiction of wealth and privilege held by historically oppressed people asks what might have happened in a world without colonialism and the slave trade. “The ‘could’ is so powerful,” Ojih Odutola says. “The fictive is so freeing.”