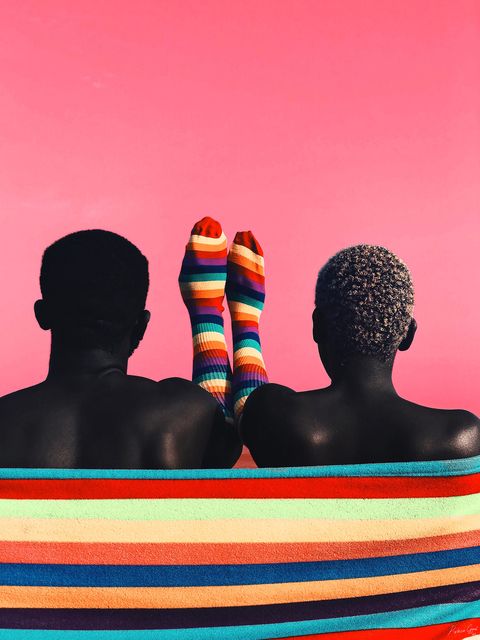 As uncertainty continues to reign over what remains of the autumn art fair season, the 1-54 Contemporary African Art Fair has announced that it will go ahead from 8 to 10 October in London, albeit in a smaller format. The decision comes despite the recent cancellation of Frieze London and Frieze Masters, normally the fulcrum around which 1:54 and other October Frieze Week satellite fairs revolve.

The 1:54 fair will run as planned at Somerset House but with fewer exhibitors—between 25 to 30 galleries—and occupying two rather than three wings of the building. Visitor numbers will also be restricted, with time-slot ticketing, a VIP access system (which can be pre-booked online) and a one-way system through the fair. Other now-familiar precautions such as hand sanitisers and extra cleaning measures will also be introduced.

Following in the footsteps of La Biennale Paris’s collaboration with Christie’s, the fair will also partner with the auction house to mount 1-54 Online, a platform showing works from galleries, including some from galleries that are unable to participate in the physical event. Christie’s will also exhibit a few works from 1:54 galleries in its King Street saleroom throughout October. The fair’s talks and film screenings programme 1:54 Forum, curated by Julia Grosse and Yvette Mutumba from the magazine Contemporary And (C&), will take place both at Somerset House and online.

“It has been a difficult three months, trying to decide what to do—I think every possibility has come into my mind,” says Touria El Glaoui, the founding director of 1:54. Her team had been waiting on Frieze’s decision before deciding whether to go ahead, but after surveying galleries, she found there was enthusiasm to continue with the fair, particularly as Frieze is planning some parlour-style events around the city's galleries in lieu of the main event.

“We have to abide by Somerset House’s visitor number restrictions and so are restricted to around 900 visitors at a time, but we would never get to that number anyway,” El Glaoui says, adding that the venue has been “extremely helpful and flexible”. The organisers have also made efforts to be as accommodating as possible in terms of payment instalments for exhibitors.

The exact number of participating galleries is to be confirmed as, El Glaoui says, the organisers “are working out how some African galleries, who are unable to travel in person due to restrictions, can participate by sending works to be exhibited.”

El Glaoui acknowledges that there are still many uncertainties and, thanks to the pandemic, a lot could change between now and October: “We have to be ready and on the starting block to stand a chance. The UK government has now said trade fairs and event venues can resume from 1 October, but the truth is, it could all change at the last minute.”