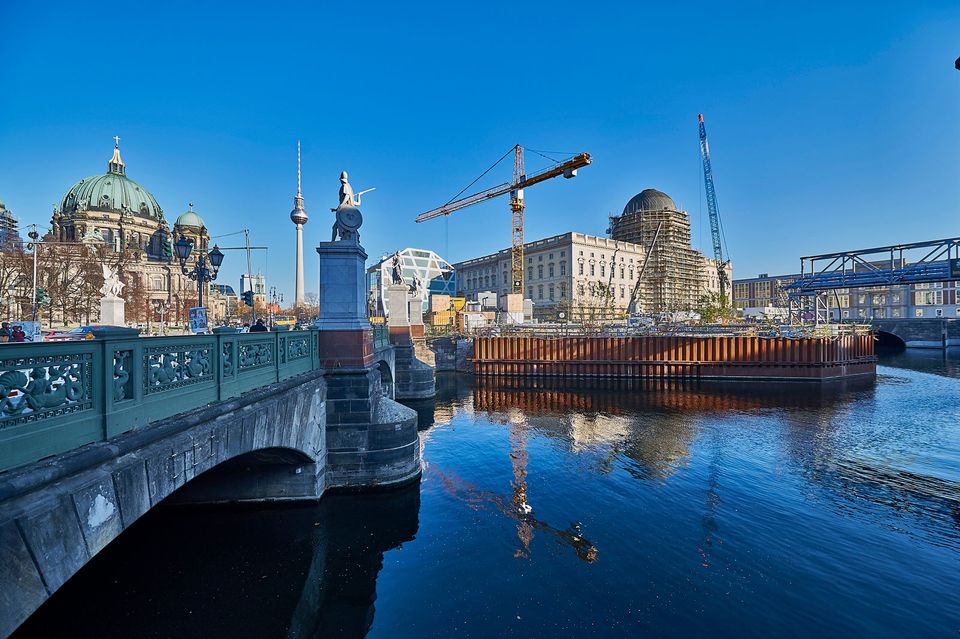 The Humboldt Forum would not be the right place to base a new institute, the scholars say © SHF / Stephan Falk

More than 80 scholars in the fields of art history, ethnology and history called on the German government to found a central institute in Berlin to coordinate research, museum work and policy in addressing colonial history and handling colonial-era heritage in public collections.

The debate over colonial-era artefacts in Germany has intensified since the publication last month of a report commissioned by French President Emmanuel Macron, which recommended the full restitution by French museums of works taken from African colonies without their consent. In their appeal, published in the weekly newspaper Die Zeit, the scholars said they welcomed the report by Bénédicte Savoy and Felwine Sarr.

“But this debate should not be limited to demands for restitution or reparations,” the scholars wrote. “We should seize the opportunity the discussion over these objects offers to rescue from oblivion a centuries-old common history, one that is in many ways brutal and violent, and to take responsibility for this entangled history in the present and future… It presents a unique opportunity to redefine and create a sustainable basis for relationships with countries and societies in Africa, Oceania, Asia, Australia and the Americas, founded on a new view of common colonial history.”

The appeal also called on the government to give long-term support to initiatives in a range of cities addressing local colonial history, such as Köln Postkolonial (Postcolonial Cologne) and Berlin Postkolonial, and to increase support for research and museum projects in the countries of origin. Initiated by five German academics, the appeal was also signed by scholars in the US, the UK, the Netherlands and Togo.

Ulrike Lindner, a historian at Cologne University and one of the initiators, said the Humboldt Forum, the vast museum and events space opening in the reconstruction of the royal palace in central Berlin, would not be the right place to base a new institute. The Humboldt Forum became the focus of the debate over post-colonial artefacts in Germany after Savoy abruptly resigned in frustration from its advisory board last year. One of her complaints was a lack of attention to provenance research.

The Humboldt Forum “has already sparked a lot of criticism and we need a freer debate,” Lindner said in an interview with the German radio station Deutschlandfunk.