The black glassy material was found inside the skull of a 25-year-old caretaker of an imperial building in Herculaneum, who was probably asleep at the time of the eruption 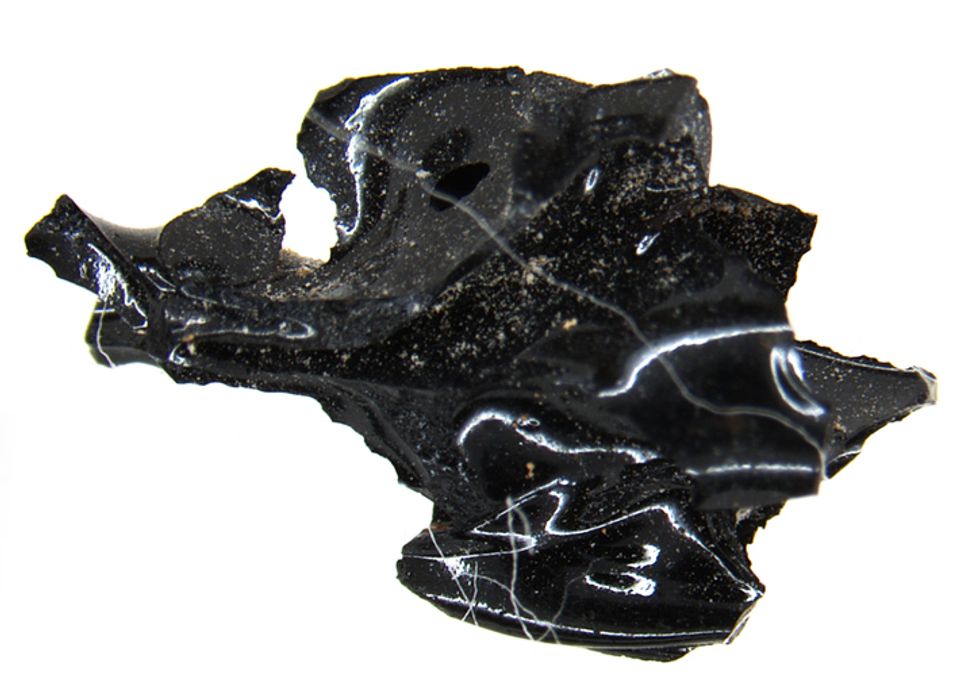 When Mount Vesuvius erupted in 79 CE, it buried the towns of Pompeii and Herculaneum under a layer of volcanic ash, killing thousands. In the 18th century, archaeologists discovered that much of these cities were left perfectly intact under the ash, and studies of the petrified towns and the remains of those who died in them continue to reap new scientific discoveries. Last week, the New England Journal of Medicine published a study stating that a shiny, black material found inside one victim’s skull appears to be a vitrified brain, which was transformed by the heat into glass.

The victim’s petrified remains were first discovered by archaeologists in the 1960s, during excavations of the College of the Augustales, an imperial cult building in the town of Herculaneum devoted to the Roman emperor Augustus. The man, who is thought to have been around 25 years old and could have been a caretaker, was lying facedown on a wooden bed, suggesting he was asleep at the time of the eruption.

"During the study of these remains, I realized that inside the ash that filled the remains of the skull there was something glittering—fragments of black material with a glassy appearance: it could only be the remains of the brain," Pier Paolo Petrone, a forensic anthropologist at the University of Naples Federico II and a co-author of the recent study, told The Art Newspaper. "The finding of vitrified human cerebral tissue is itself an exceptional discovery because no vitrified brain had ever been found before, nor in the archaeological context, nor even in the forensic field. Therefore, this is a worldwide unicum, which opens a whole series of future investigations."

Petrone added that further investigation confirmed his hypothesis that the extreme heat—up to 520°C/968°F based on analysis of charred wood at the site—instantly liquefied the man’s brain, which turned to glass when it cooled. The detection of “proteins expressed in the human brain, and of fatty acids found in human hair” helped identify the preserved material, according to the report.

This is the first time a vitrified brain is believed to have been found, Petrone said, because the fats present in brain matter usually turn it into a soap-like substance.