Missing for 75 years, the large marble head, one of the artist's best-known works, was uncovered by chance during construction work at Kunsthaus Dahlem 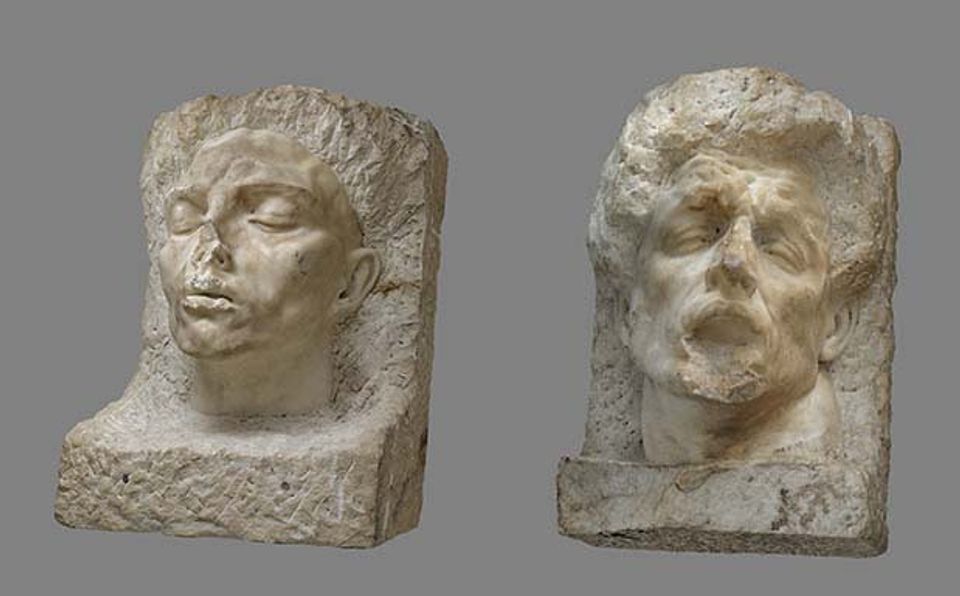 Left: Arno Breker, Romanichel (1940); right: the as yet unidentified second marble sculpture that was discovered in the garden of Kunsthaus Dahlem in Berlin Photo: Gunter Lepkowski, 2020. © VG Bild-Kunst, Bonn, 2020

A marble sculpture of an outsized head by Arno Breker, one of Adolf Hitler’s favourite artists, has been discovered by chance in the garden of Kunsthaus Dahlem in Berlin, where it was probably buried by US troops 75 years ago.

The head, known as Romanichel, was produced in 1940 and is one of Breker’s best-known works. It was discovered with a second marble sculpture—also a larger-than-life head—that has yet to be identified, says Dorothea Schöne, the director of the Kunsthaus Dahlem. Schöne says the second work resembles Romanichel in style and is also thought to be by Breker.

Both sculptures have suffered some damage, probably inflicted before they were buried, the museum said in a statement. They were uncovered during construction work at the museum.

“It was completely a chance discovery,” Schöne says. “We were building new paths, and usually you wouldn’t need to dig deeper than 50cm for that. But we decided to replace the gutter at the same time and the sculptures were directly behind the building.”

Missing since the Second World War, Romanichel features a young Sinti or Roma man Breker met in Paris in the 1920s and portrayed several times. “His head fascinated me immediately,” he wrote about his encounter. It is not known why he returned to the subject in 1940. The Sinti and Roma were subject to Nazi persecution as early as 1936; thousands were deported to concentration camps and as many as 500,000 were murdered.

The Kunsthaus Dahlem opened in 2015 in Breker’s former studio, which was built for the Nazi official state artist between 1939 and 1942 “to carry out artistic commissions related to the redesign of the Reich’s capital.”

Breker worked closely with Albert Speer, Hitler’s chief architect, and was commissioned to play a key role in implementing Hitler’s vision to transform Berlin into Germania, a city of monumental architecture befitting a world capital on a par with ancient Babylon and Rome.

The Second World War halted those plans and Breker only used the studio briefly before air raids rendered it unusable in 1943. After the war, Soviet occupation troops moved into the building and from 1945, it served for a year as the office of the US military administration.

The Breker works still on the site were moved to a nearby collecting point. A statement from the museum said it is “reasonable to assume that these two sculptures were buried when the American occupying forces were cleaning up the site.”

The sculptures will be exhibited at the Kunsthaus Dahlem from tomorrow until 15 January, 2021.