Sculpture is redefined in the once-every-ten-year German festival

If you are expecting to see large site-specific works at Sculpture Projects Münster (Skulptur Projekte Münster), which opened this weekend, you will not be disappointed. But the curators of this year’s edition—Kasper König, Britta Peters and Marianne Wagner—are deliberately pushing the boundaries of what can be called public sculpture. Performances and digital works abound, while videos are screened in nightclubs and others can only be viewed on your smartphone. Created in 1977 in response to the uproar that followed a proposal to install an inoffensive sculpture by the US Minimalist artist George Rickey, the sculpture show, which takes place every ten years, has become one of the art world’s most anticipated events. For the first time, Sculpture Projects Münster extends to the industrial city of Marl this year. Here are five unmissable works that you can see until 1 October. 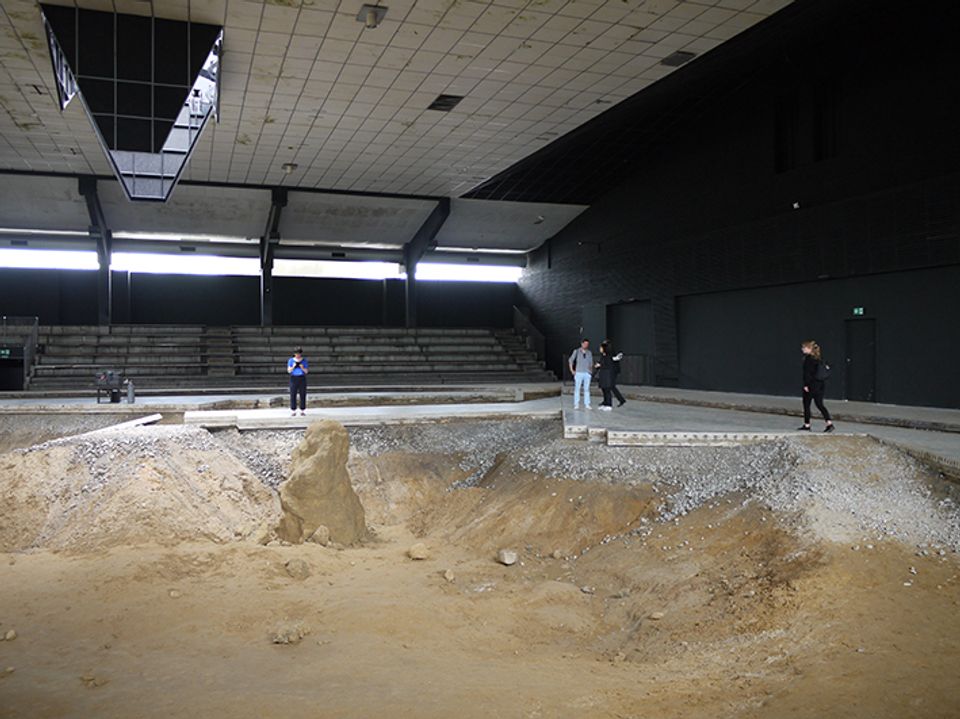 Just as Pierre Huyghe’s dog-inhabited biotope was a highlight of the last edition of Documenta five years ago, so too is his bio-engineered landscape set to become the star of Sculpture Projects Münster. The French artist has smashed the concrete floors of a former Brutalist ice rink to create a muddy, alien environment swarming with bees and flies (two shy peacocks can also be seen perched high up near the ceiling). Beneath the surface, a complex system of algorithms and incubators control the behaviour of various live elements. For example, changes in the local weather influence a strand of HeLa cancer cells, which in turn trigger the production of augmented-reality pyramids that can be viewed through an app. It is one of the most ambitious projects in the event with an estimated budget of around €1m (the work is supported by Huyghe’s galleries). But only a small number of people are allowed into the building at once, so queues can be long. 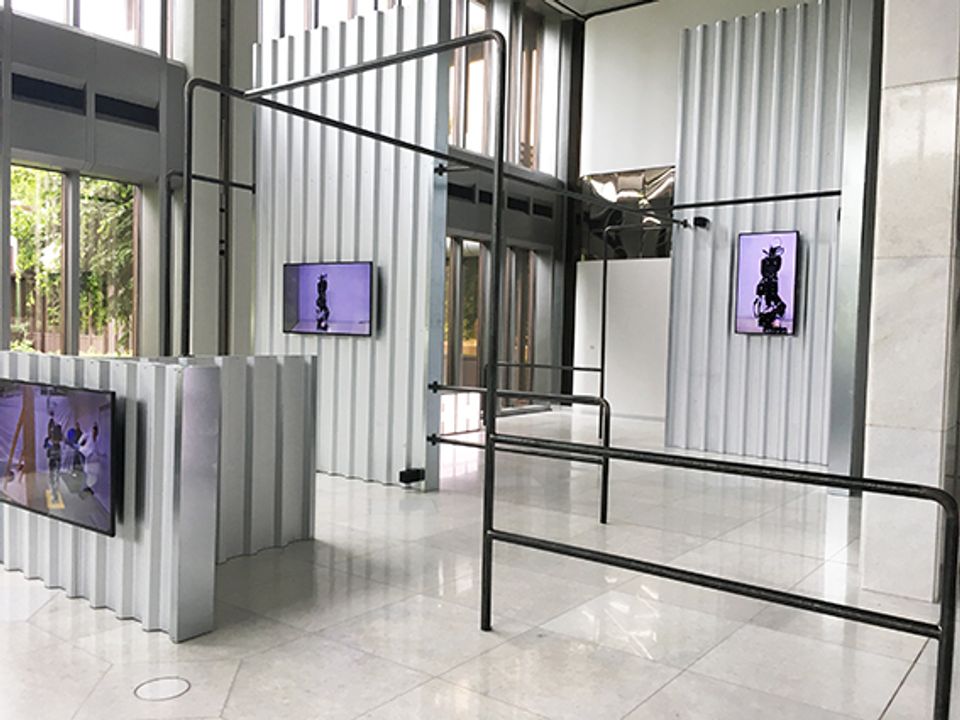 Civil war pervades the art of today, but few artists tackle the subject with such a contemporary eye as Hito Steyerl. Robots Today, an eight-minute video, explores the imagined life of 13th-century scientist Al-Jazari, while images of the destroyed Kurdish city of Diyarbakir in Turkey, where he worked, are overlain with the voiceover of a child asking the iPhone software Siri about robots. Meanwhile, the current state of robotics technology is presented in the three-channel video installation HellYeahFuckWeDie, where our mechanical friends are pushed and shoved to test their balance. Steyler’s futuristic works are placed amid LBS bank’s collection of pieces by Zero artists such as Heinz Mack, Günther Uecker and Otto Piene. The works are back on public display for Sculpture Projects Münster. 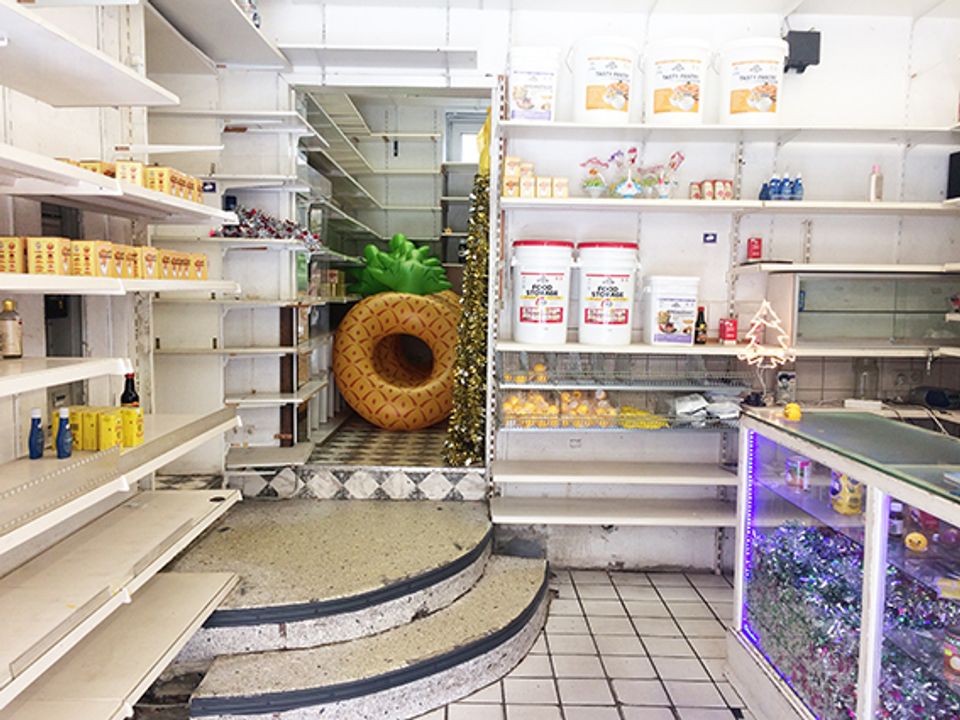 Hidden in the back of a former Asian supermarket, amongst inflatable pineapples, tinsel and rubber ducks, is a video by Argentinian artist Mika Rottenberg. Cosmic Generator, a reflection on the dark side of capitalism, shows bored shop attendants surrounded by piles of plastic goods in a market in Yiwu, China. The footage is interspersed with images of a tunnel bathed in green and pink light, a reference, according to the catalogue, of a rumoured underground passageway built by the Chinese population of Calexio, Mexico, to evade border controls. Switching between video, installation and performance, the piece is yet another example of Sculpture Project Münster’s fluid definition of sculpture. 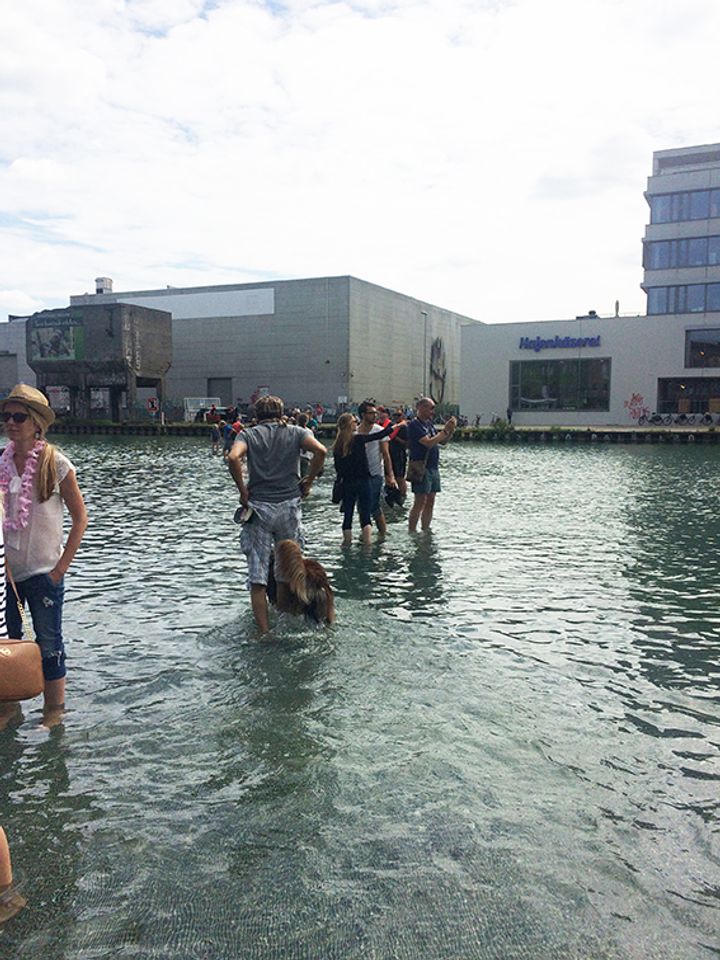 The basin on the Danube Ems canal is now rarely used for shipping and the once run-down former industrial area is transforming, first with studio spaces and now on the north side into a lively bar and restaurant area. The Turkish-born, Berlin-based artist Ayse Erkmen has created a “bridge” across the basin by sinking grilled metal cages under the water level. The crossing is invisible except close up: the public is invited to take off their shoes and walk across, apparently walking on water. Erkmen’s work makes us to look at our surroundings in unfamiliar ways, while the creation of the new crossing encourages us to think about boundaries and how they are made and disrupted. Not to mention the fact that splashing in the chilly water is fun. 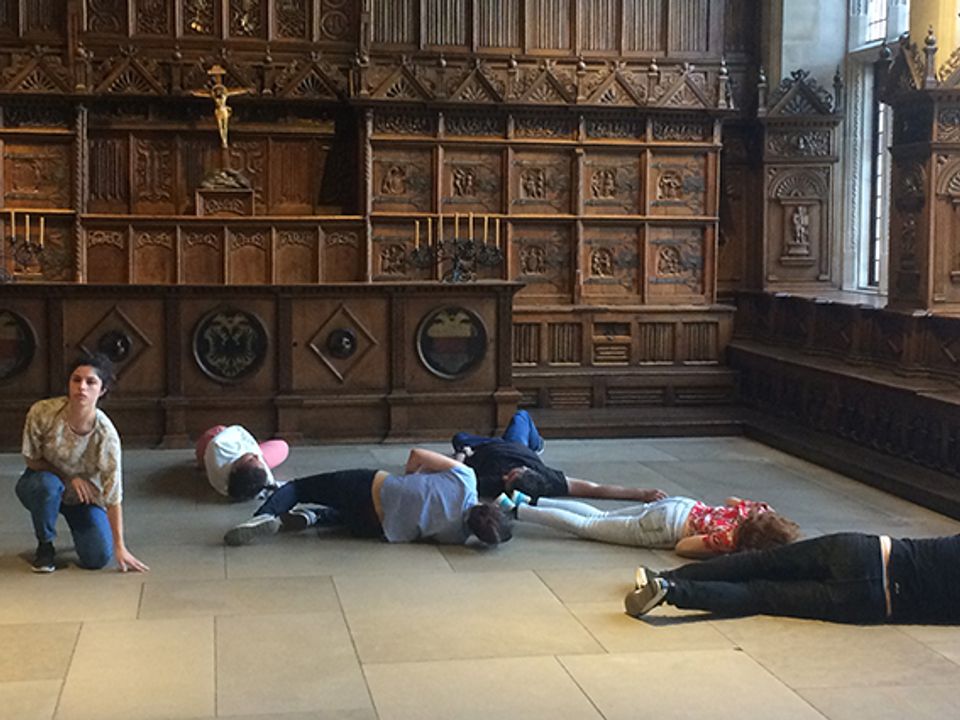 Münster’s historic town hall was destroyed in the Second World War, but faithfully rebuilt in the 1950s. The main council room and court chambers have been chosen by the Romanian artist Alexandra Pirici as the backdrop for a performance responding to the site by six dancer-singers. It is best known as the place where, in 1648, a treaty was signed that was crucial in ending the 30 Years War. It symbolised both religious and territorial disputes. In Pirici’s work, the performers move through the space singing about time, while periodically declaiming statements to remind us of our relationship to history and creating an imaginative location in time and space. The performance mixes speech, singing, contemporary dance and allusions to paintings and monuments in a loop of roughly 30 minutes. Numbers are limited because of the nature of the space and the performance, so be early or expect queues.