What to see at the Seattle Art Fair, from dystopian tech to the outer reaches of the solar system 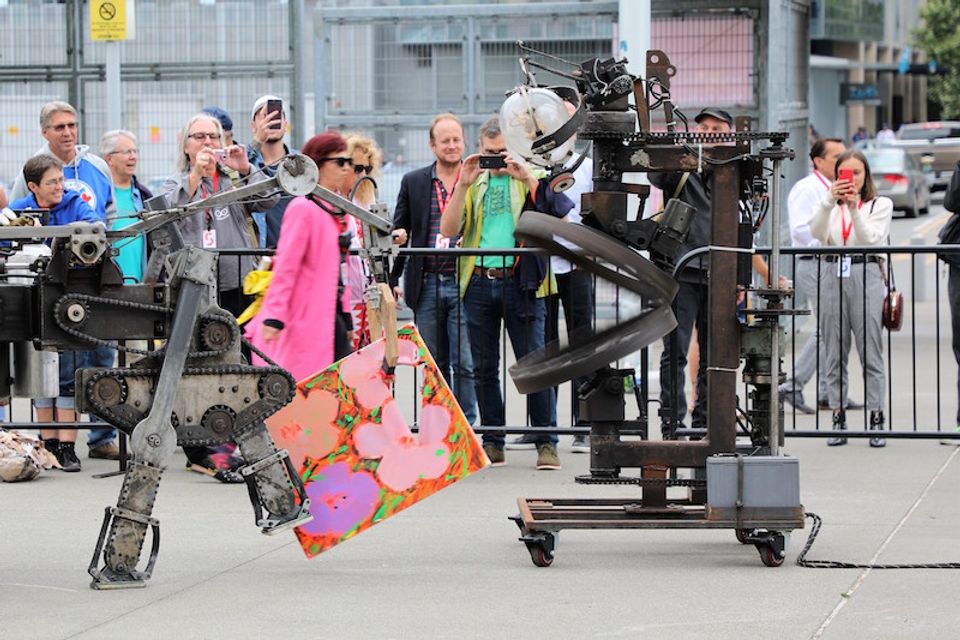 The fourth edition of the Seattle Art Fair, started by the Microsoft co-founder Paul Allen’s Vulcan Inc. and Art Market Productions, opened Thursday night (until 5 August) with an expanded roster of more than 100 international exhibitors after successive growth each edition. But Nato Thompson, who joined as artistic director this year, says the fair still offers an alternative experience to the traditional frenzy of major art fairs.

“Seattle isn’t like Los Angeles, Chicago or New York, which is more like an embarrassment of riches—Seattle is more like an underdog city with a huge local arts scene, and I have an affinity for these type of places”, Thompson says. Among some of the performances and special projects, there are, perhaps to please the largely computing and biotech attendees, “some dystopian tech themes visible”, he adds. 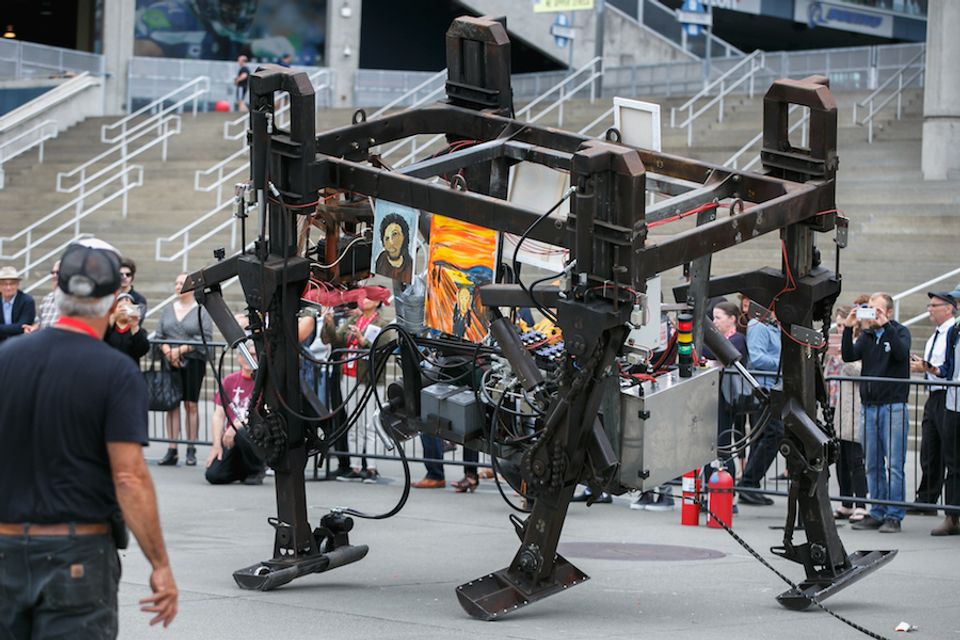 The fair opened with a performance by the Bay Area artist Mark Pauline, the founder of the art collective Survival Research Laboratories, who recently joined the New York gallery Marlborough Contemporary. He activated three remote-controlled dinosaur-like robots that thrashed a series of objects, from canvases—including reproductions of Edvard Munch’s The Scream and the internet-famous botched Ecce Homo—to slices of salmon. Inside the fair, the artist’s son has been using an Oculus VR to guide a friendlier robot that creeps up on unsuspecting visitors. 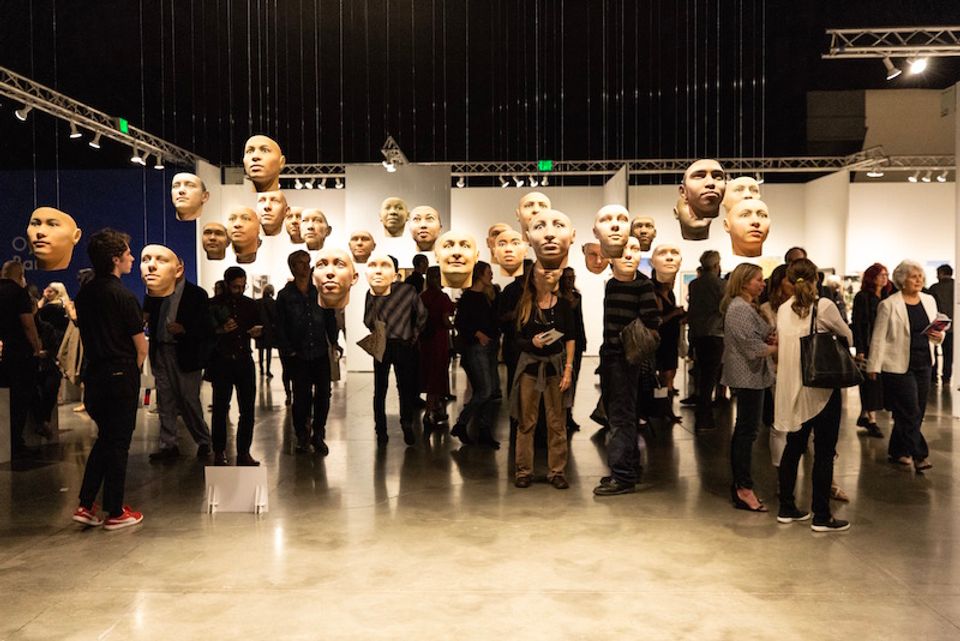 Another special project that drew crowds at the preview was Probably Chelsea, a work made by the American artist Heather Dewey-Hagborg and Chelsea Manning and presented with New York's Fridman Gallery. The work comprises a series of algorithmically generated 3-D printed portraits suspended from the ceiling at various heights that show how the gene code can be interpreted as data. The artist “originally had a project where she was taking DNA samples from chewed gum and then linking the chewed DNA samples to a facial recognition software, generating various faces”, Thompson says. Visitors can also see a model for Trevor Paglen's Orbital Reflector, the artist's forthcoming project with the Nevada Museum of Art, a non-functioning satellite made from Mylar that the artist will launch into orbit this autumn. 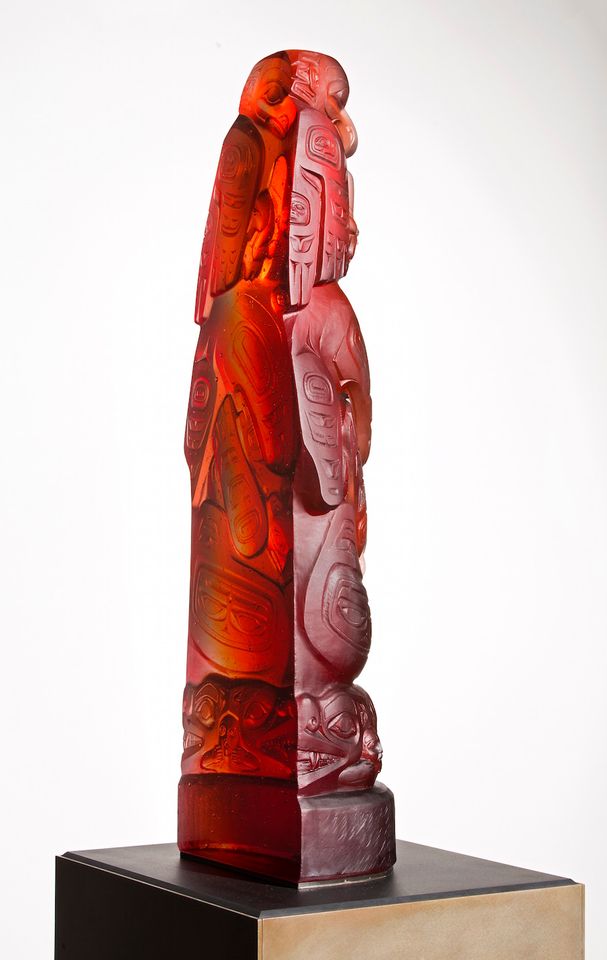 Among the standout gallery presentations is a cast bronze horse by the American sculptor Deborah Butterfield made from found materials, with the Seattle dealer Greg Kucera, and the local Traver Gallery's solo show of carved glass works by the Tlingit artist Preston Singletary, based on tribal mythology, which serves as a teaser for the artist's forthcoming exhibition at the Museum of Glass in nearby Tacoma.

Thompson also points to Chris Burden’s Scale Model of the Solar System (1983), on view with Gagosian, which “curated its entire booth around outer space”. The work represents the solar system at the scale of 1 : 4.2 trillion, starting inside Gagosian's booth, where a yellow sphere represents the sun, with nearby planets placed at their respective distances through the fair and out into the city, all the way to the Seattle Art Museum half a mile away. The gallery has made a map of the locations—look out for Mars near the VIP lounge.