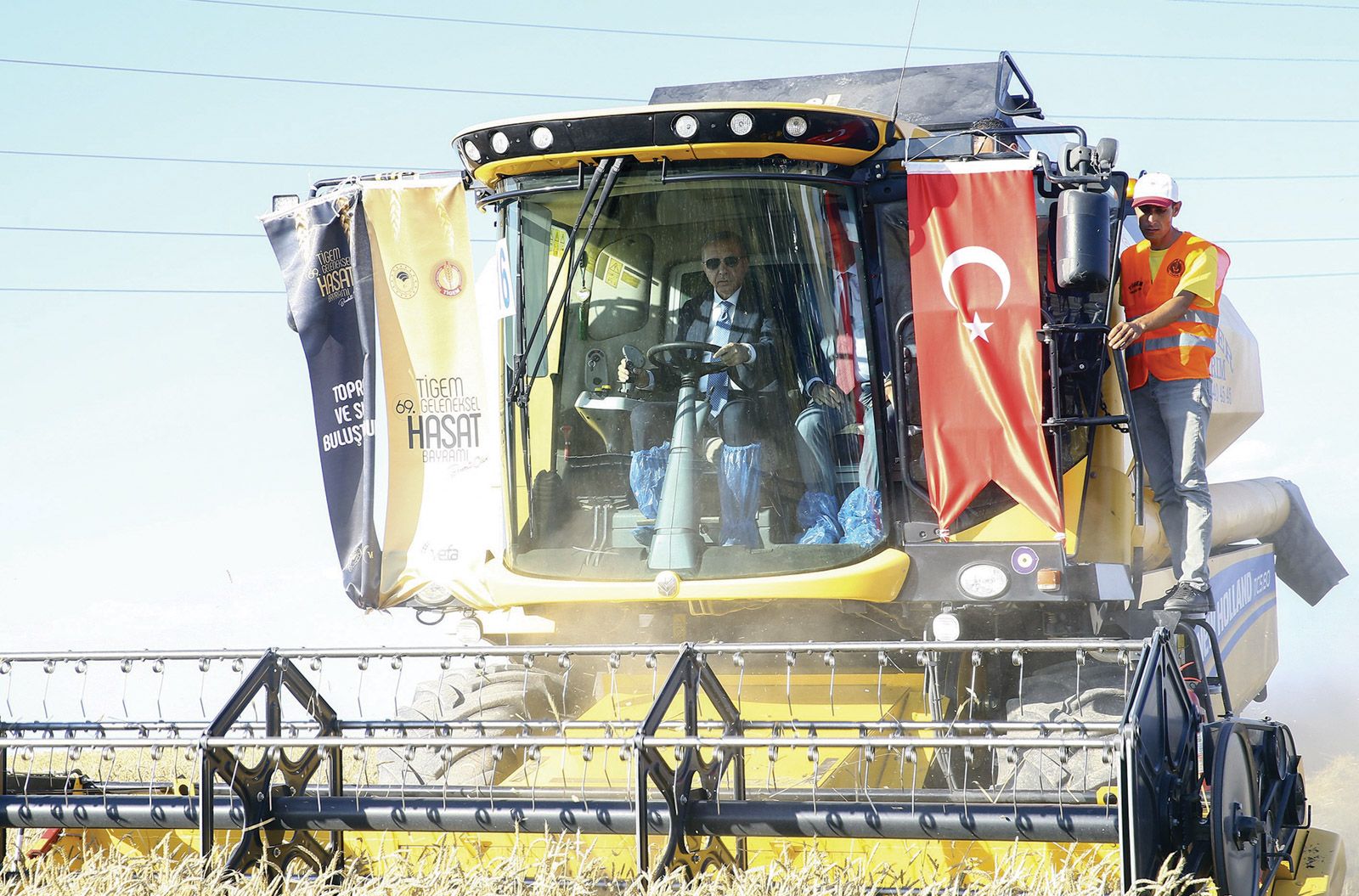 Turkish authorities removed important research collections of ancient and modern seeds from the British Institute at Ankara (BIAA) in September. The institute’s chairman, Stephen Mitchell, explained the situation to members in a letter seen by the news website Al-Monitor, in which he writes that 108 boxes of archaeobotanical specimens and four cupboards containing the modern seed reference collections were taken. Lutgarde Vandeput, the director of BIAA, says the institute is “in contact with the relevant government authorities”.

According to the Al-Monitor report, Turkish officials say the collections will become part of a government seed bank associated with the Ancestral Seed Project (Ata Tohum), launched by Emine Erdogan, the wife of President Recep Tayyip Erdogan, in September 2019. Linking agriculture with national independence, the project collects seeds for storage and genetic study to ensure the continued survival of local crop varieties. Its aim is to make Turkey a world leader in seed production.

The seizure is not the first time that tensions have arisen between Turkish authorities and foreign archaeologists. “Over the past 15 to 20 years, Turkey has implemented various measures to assert stricter control over the management of archaeological sites and excavation programmes, especially those run and financed by foreign missions and institutions,” says Holger Klein, the director of the Sakıp Sabancı Center for Turkish Studies at Columbia University in New York. “In my experience, every archaeologist has at least a few stories of direct or indirect interference to share, some more and some less tied to an outright nationalist agenda.”

The removal of the seed collections raises lots of questions, says Mehmet Özdogan, an archaeologist and professor emeritus at Istanbul University. But it would be wrong to see this as a reaction to foreign teams or due to nationalistic motives, he says. “As far as we can follow, it is not targeted only at the British archaeological institute but involves all academic bodies that hold organic archaeological materials. At least one of the Turkish universities also had a similar seizure, and more are expected.”

There have been various high-profile examples of such exploitation over the past decade. An argument over the repatriation of artefacts from the Louvre in 2011 led Turkish authorities to ban French excavations. Threats to revoke the German Archaeological Institute’s excavation permissions brought about the return of the Bogazköy Sphinx from Berlin to Istanbul in 2011. While in 2016, the Austrian Archaeological Institute’s permission to work at Ephesus was revoked for two years after a political dispute erupted between the Turkish and Austrian governments.

“Some movement towards nationalisation [of Turkish archaeology] might not be negative,” Hardy says. “After all, there is mass unemployment of archaeologists from Turkey. However, foreign projects bring expertise that can help to consolidate local expertise and money that can help to support local communities, and this seizure of the archaeobotanical collection serves no practical purpose. It seems like a test of reactions before more and more serious interventions.”