Revealed: marquess of Northampton tried to buy Sekhemka statue before it was controversially sold off by UK museum

Ancient Egyptian sculpture was almost bought by the 7th marquess, whose predecessor donated it to the local museum in the 19th century 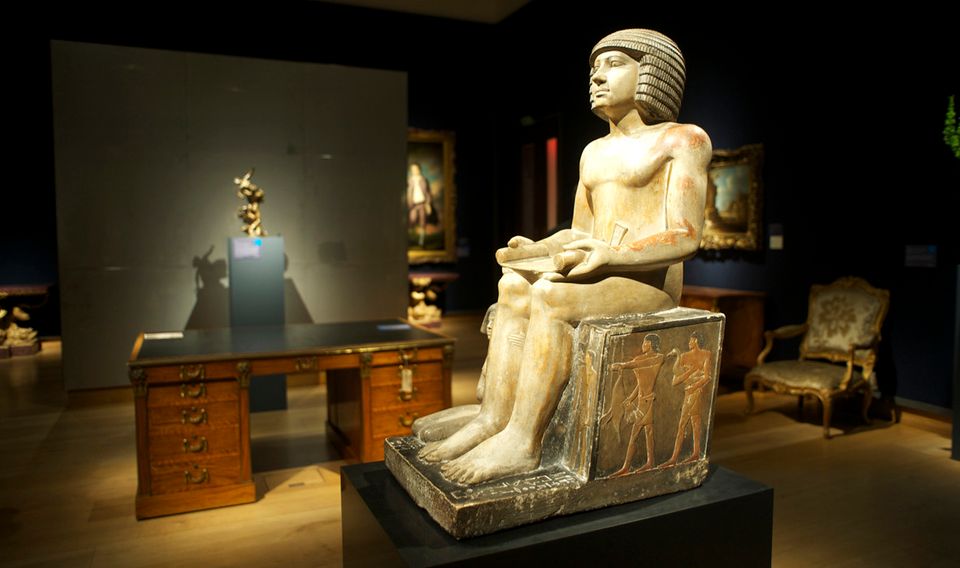 Newly released documents reveal that the marquess of Northampton initially wanted to buy the Egyptian statue of Sekhemka when it was controversially deaccessioned by the Northampton Museum & Art Gallery. The sale to Spencer Compton never proceeded and the sculpture was auctioned at Christie’s in 2014, going for nearly £16m, then a record price for an Egyptian antiquity.

In August 2012 Northampton Borough Council had informed the 7th marquess about the proposed sale of Sekhemka (2400-2300 BC) by its museum, in order to help fund repairs to the building. The sculpture had apparently been given to the city by the 4th marquess in 1880, 30 years after it had been brought back from Egypt by the 2nd marquess.

According to council documents released under the UK's Freedom of Information Act, the 7th marquess responded with a handwritten note, saying that he was “saddened” by news of the deacquisitioning. He added: “I have a number of artefacts collected by the second and third marquesses and might be interested in purchasing this. Can you let me know how much you have been advised it is likely to fetch.” The sculpture was then thought to be worth about £2m.

Instead of proceeding with a purchase, the marquess changed tack and employed lawyers to institute a legal claim, arguing that the council had no right to dispose of the sculpture. By late 2013 the council realised that it would be difficult to proceed with an auction without agreement from the marquess and it was decided to try to negotiate a settlement. The newly released documents show that a proposed meeting with the marquess had to be delayed when it turned out that he was on a one-month honeymoon in America, following his sixth marriage, to Tracy Goodman.

Finally, in April 2014 an agreement was reached when it was decided that the marquess should receive 45% of the gross proceeds of the Christie’s sale. Although estimated at £4m-£6m, Sekhemka fetched £15.8m (with buyers’ premium) in July, with £6.7m going to the marquess.

The sale proved highly controversial, since deaccessioning to raise funds contravened the policies of the Museums Association and Arts Council England. The anonymous private buyer, rumoured to be American, eventually got an export licence to take the sculpture abroad. Its whereabouts remain a mystery.