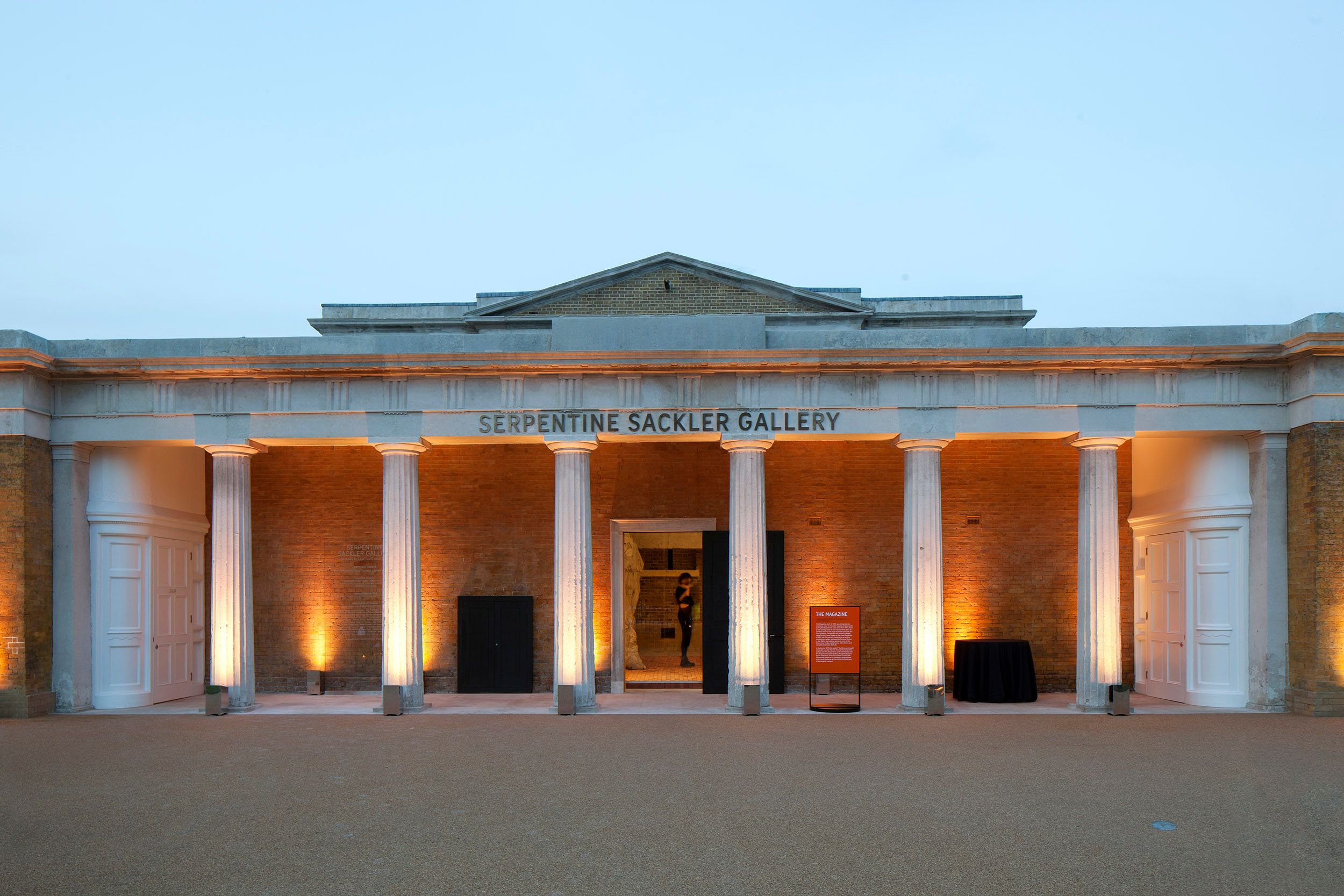 The Serpentine Galleries in London has quietly removed the Sackler name from its website.

The institution, which runs two spaces in central London, is now referring to its second gallery, previously known as the Serpentine Sackler Gallery, as the Serpentine North Gallery. This opened in a former gunpowder store in 2013 and was named after the now-disgraced family following a £5.5m donation from a foundation run by Theresa and Mortimer Sackler.

The removal of the Sackler name follows the gallery’s announcement, in 2019, that it had “no future plans” to accept Sackler funding. That remains its position today, according to a spokeswoman.

The Serpentine’s online exhibition archive has also been updated to remove reference to the Sacklers. While the physical building still retains their name on its façade, this has been changed on Google maps to Serpentine North Gallery (although this does not necessarily mean it was changed by the gallery).

The gallery denies removing the Sackler name because of the controversy that has engulfed the family. Instead it says it has done this as part of a “rebranding process”. A gallery spokeswoman says: “We recently introduced new way-finding terminology to help visitors distinguish between the two galleries. These terms will appear on the website and on all marketing materials.”

Unlike most publicly funded museums in the UK, which are encouraged to embrace transparency when taking taxpayer money, the Serpentine does not make minutes of its trustee meetings available online so there is no public record of its internal discussions and any concerns trustees may have raised over the Sacklers. “We regularly discuss funders and funding as an ongoing part of our operational strategy. I’m afraid we are not able to give details of internal discussions,” a spokeswoman said. 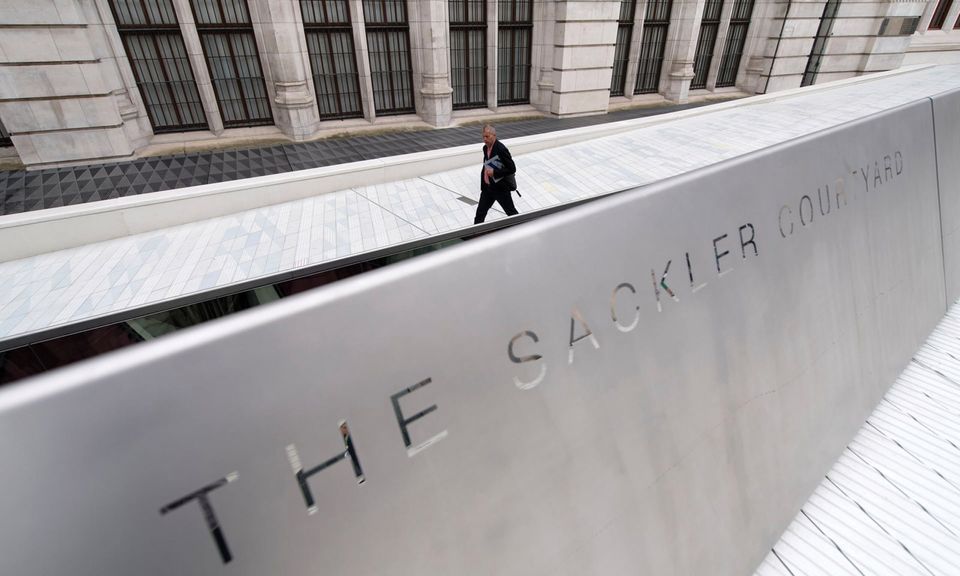 The Sacklers have a long and distinguished history of philanthropy in the US, the UK and elsewhere. Their gifts to museums have enabled the building of new wings, the opening of new galleries, the endowment of directorships and curatorships, and much more. But in the past three years, shocking evidence of unethical behaviour by some family members when marketing Oxycontin, an opioid produced by the family firm Purdue Pharma, has led to a spectacular fall from grace.

On 15 March, Purdue Pharma filed for bankruptcy in a New York court in an attempt to settle nearly 3,000 lawsuits against it from state and local governments, Native American tribes, hospitals and other organisations. However, some states have declined to settle with the firm and trials against it and individual members of the Sackler family are expected to begin this year.

If more evidence emerges in court of the family’s dishonest marketing of Oxycontin, museums that have benefited from Sackler donations will come under even more pressure to disassociate themselves from their former benefactors.

In 2019, reporters visiting the Louvre in Paris noticed that the family name had been removed from the Sackler Wing of Oriental Antiquities, making the French institution the first major museum in the world to remove it. References to the wing on other museum signs were covered by grey tape.

Like the Serpentine, the Louvre also claims that the removal had nothing to do with the disclosure of the family’s role in the opioid crisis. Jean-Luc Martinez, the museum’s president, told French radio at the time that the Sackler name had been taken down because the Louvre’s policy on naming rights is that they last for 20 years, according to a report in the New York Times. 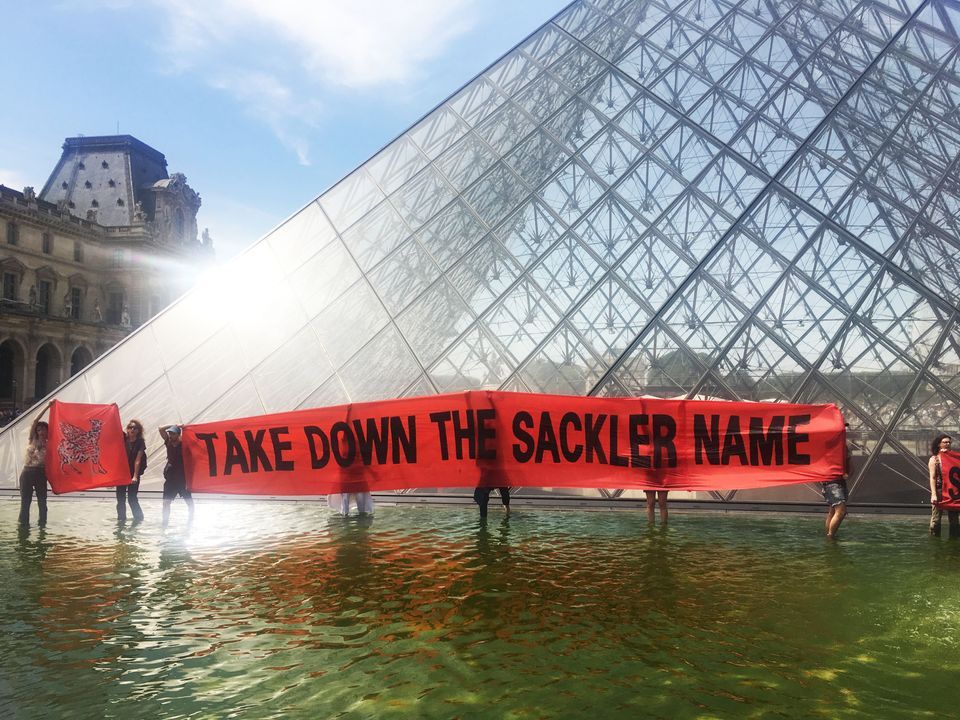 A protest outside of the Louvre in Paris Image: courtesy of Pain

Other museums targeted by protestors include the Metropolitan Museum of Art in New York where the photographer Nan Goldin has led repeated demonstrations calling for the Sackler name to be erased.

In 2019, the National Portrait Gallery in London (NPG) became the first major UK museum to decline a donation from a Sackler family trust, amounting to £1m, following an ultimatum from Nan Goldin who said she would pull an upcoming NPG show of her work if the money was accepted. The NPG said at the time that the decision had been taken “jointly” with the family trust that had offered the money.

Other major museums in London still retain the Sackler name, including the Victoria and Albert Museum, which inaugurated a new courtyard in 2017 funded with a £10m donation from the family. This still bears the Sackler name. Until November 2019, Theresa Sackler, one of the family members who is being personally sued by some US states over her involvement in the management of Purdue Pharma, also served as a trustee of the institution.

Some museums may have contractual obligations to keep the Sackler name on their buildings, regardless of the reputational harm this causes. But in the US, the attorney generals of 23 states are calling for these commitments to be waived. In a joint statement issued on 16 March, the day after Purdue Pharma filed its bankruptcy papers, they argued that several revisions to the firm’s proposed settlement are needed including the introduction of protection for museums and galleries that remove the Sackler name in defiance of their contractual obligations.