Seven of the best in Design Miami/Basel's 10th edition

The Art Newspaper's editor picks her selection from this year's fair&nbsp;<br>

R & Company (G/13) first spotted a handcrafted jute hippo by Renate Müller in a small shop in Cologne ten years ago. Müller, now 71, became famous in the 1960s and 1970s for her meticulously made and fully tested “therapeutic” toys, made in the East German town of Sonneberg, once the toy-manufacturing capital of the world. Shadows of the Moon (2015) is a one-off set of huge building blocks (priced at around $125,000), surrounded on the stand by what Müller calls her “magic horses” (2015, around $28,000), several of which have already sold. 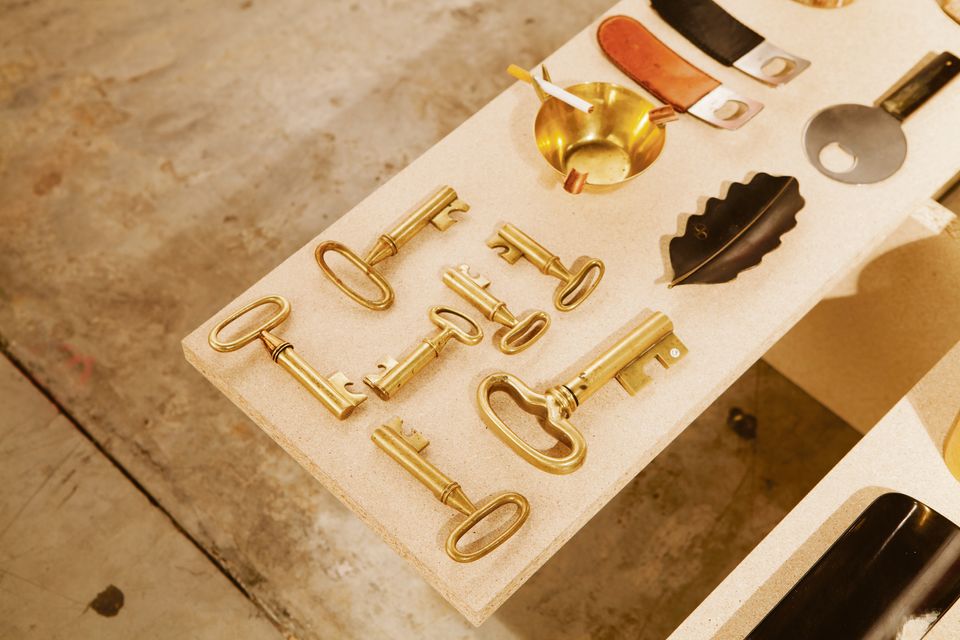 Brass “keys” that are actually bottle opener-paperweights, clothes brushes in the shape of letters, little disembodied legs that turn out to be corkscrews: welcome to the wonderful world of the Carls Auböck (father and son). Carl senior (who died in 1957) trained at the Bauhaus, then came back to Vienna to set up a design and manufacturing business that was later taken over by his son (until his death in 1993). This assemblage has been put together by Patrick Parrish (G/06) and Clemens Kois, who have also written a book about the family workshop. Its work was collected by New York’s Museum of Modern Art in the 1950s, but later went “under the radar”, Parrish says. It is back on the radar now: big-name dealers from the main fair rushed in at the vernissage to snap up pieces, and with many items priced under $1,000, visitors will probably want to do the same this week. 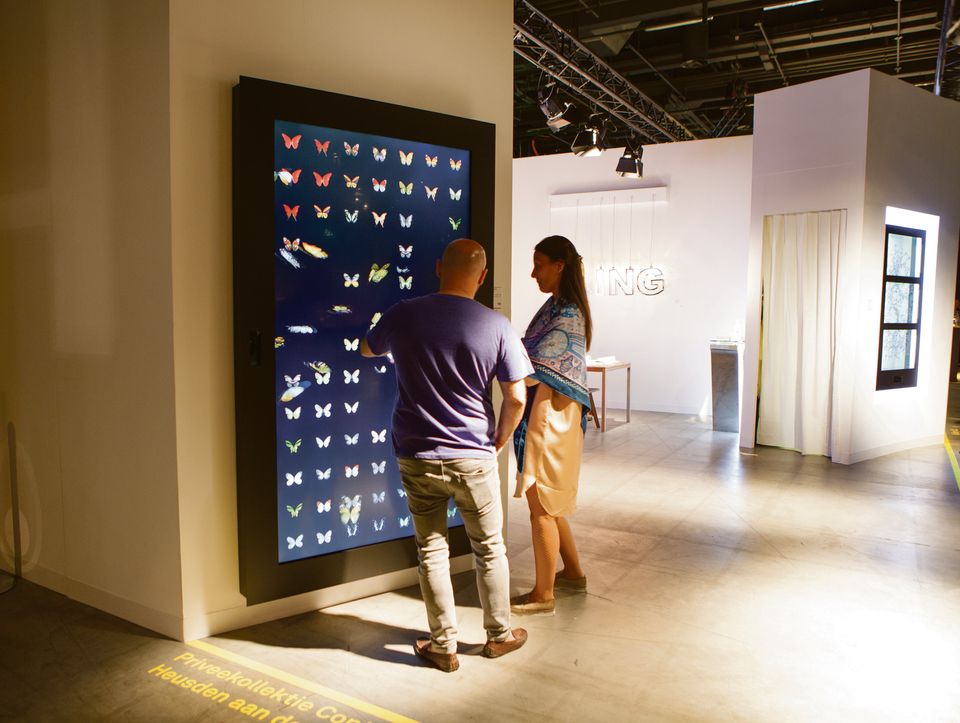 Dominic Harris is an architect and interactive lighting designer who created an installation at the London Eye as part of the 2012 Olympic Games and recently made a striking light sculpture for Heathrow airport’s new Terminal Two. Visitors have been gathering in droves around his works on the stand of Priveekollektie Contemporary Art/Design (G/36), including a touch-sensitive, digital butterfly screen (Flutter Wall, 2015, €150,000), a magical transparent window on which a plant spreads and twines (Stained Glass: Arboretum, 2014, €115,000) and the more minimal wall-mounted Digital Shimmer (2015)—presented here as three round glowing “targets” (€23,000 each). 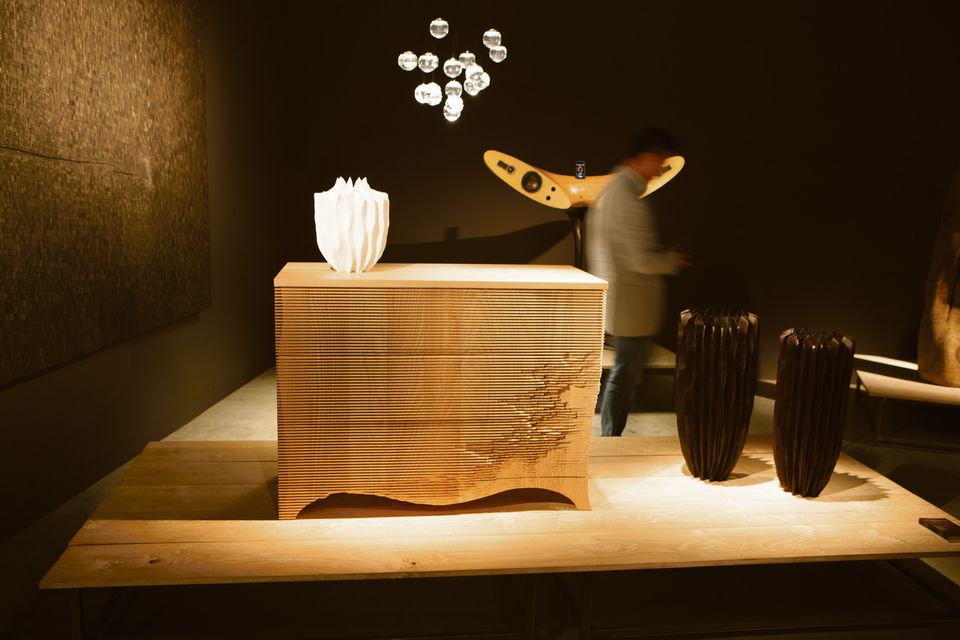 Wood has rarely looked as beautiful and intriguing a material as it does on Sarah Myerscough Gallery’s stand (G/43). Manual craft skills have been enhanced by high-tech processes to create seamless, and in some cases apparently natural, results. The British artist Wycliffe Stutchbury makes recycled-wood “paintings” using tiny mosaic-like chips, including Methwold Fen B15 (2014, £28,000). George Chest of Drawers (2013) by Gareth Neal is cut by computer but then hand-fashioned as if the wood on one side has naturally crumbled away (edition of ten, priced at £26,000 each). 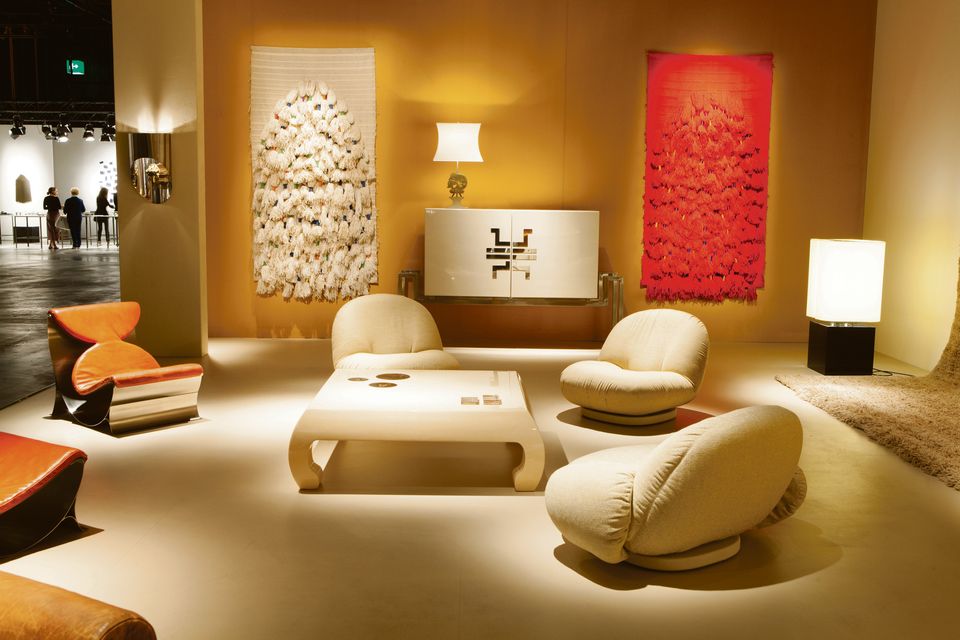 The then-cool, Modernist capital of Morocco during the 1970s is conjured up by Demisch Danant’s stand (G/12), entitled “Radical Rabat” and built around a collection of wool rugs by the US textile designer Sheila Hicks. These are teamed with Maria Pergay’s 1970 leather and metal lounge chairs and Pierre Paulin’s 1974 “Pacha” chairs to tempt visitors to kick off their sandals, stretch out, light a Turkish cigarette and bask in a muted, shady interior. Prices for the rugs are on request (but are “over €100,000”). 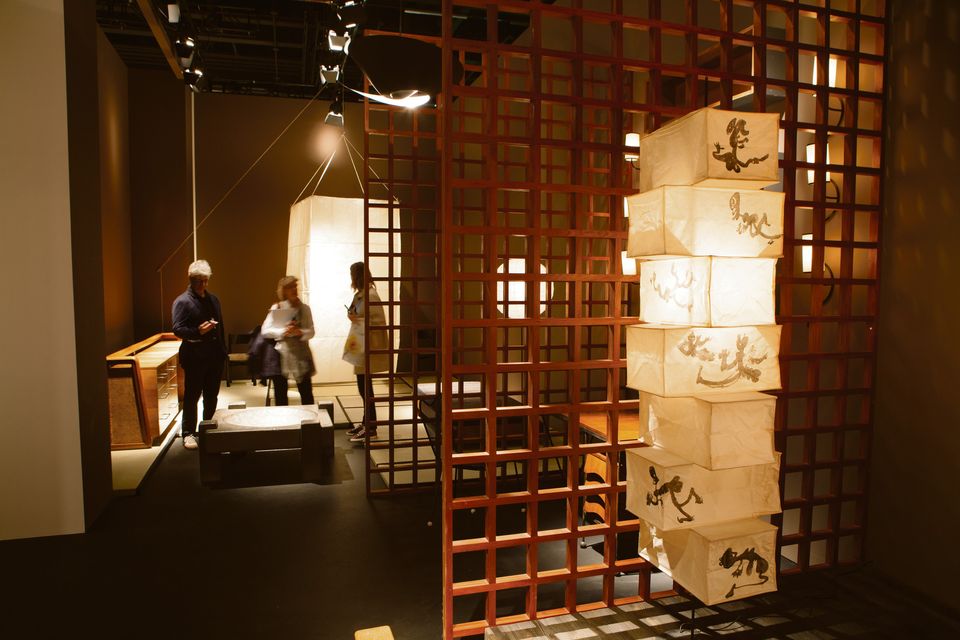 The Japanese-American sculptor and designer Isamu Noguchi was one of the major figures of 20th-century 3D design; Roberto Matta was one of Chile’s best-known Expressionist painters. At Laffanour—Galerie Downtown (G/23), the result of a unique collaboration is on show: a stacked rectangular Noguchi rice-paper lamp with ink markings by Matta (Akari floor lamp, priced at €80,000). Found in a private collection, it is one of a group of unique floor and ceiling lamps by Noguchi; they were shown at the Steph Simon gallery in Paris in 1970 alongside drawings by invited artists. Laffanour is showing another rare work by Noguchi, a hanging paper tent entitled Meditation Room (1975, priced at €130,000)—one of only two ever made. 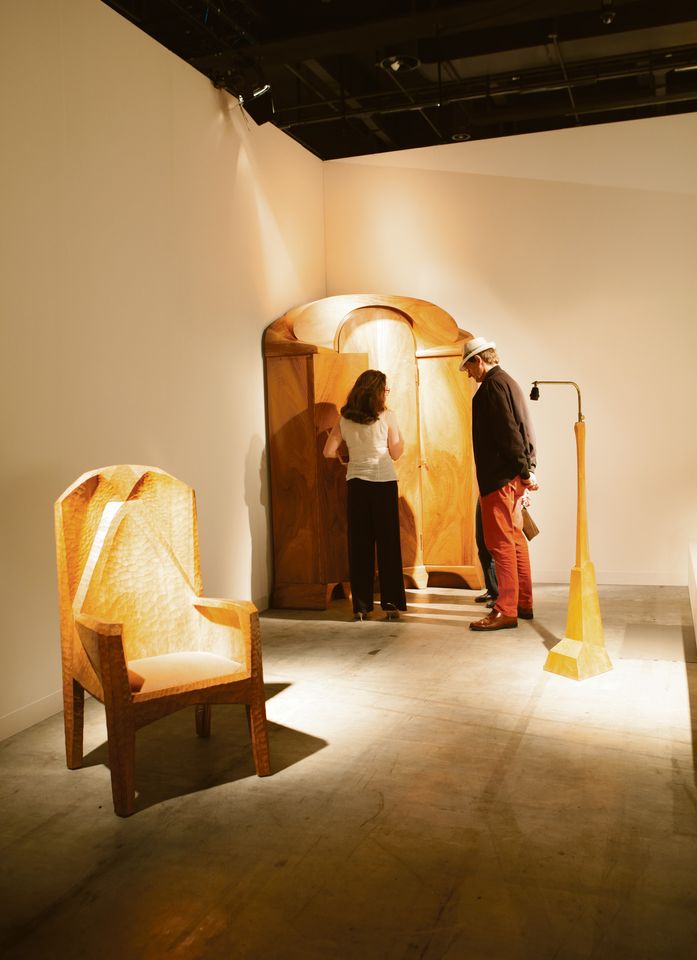 Wardrobe by Hermann Kanzenberger (1922 to 1925) and an Expressionist chair by Heinrich Eckinger (around 1940) at Franck Laigneau (G/20). Photo: Design Miami

The Parisian gallerist Franck Laigneau (G/20) has brought one of Design Miami Basel’s most unusual presentations: works associated with the Austrian philosopher, mystic and social reformer Rudolf Steiner and his community of artists, designers and thinkers in the Swiss town of Dornach. Steiner and his group built a multidisciplinary centre, the Goetheanum, and around a dozen other buildings between 1913 and 1919, and numerous artists and designers created works to fill the public and private spaces. Among the works on display here are a wardrobe by Hermann Ranzenberger (1922-25, probably from the Gunzinger House in Dornach, priced at around €70,000) and an Expressionist chair by Heinrich Eckinger, which refers to the vaulting in the Goetheanum and may have been used in its theatre (around 1940, price on request).