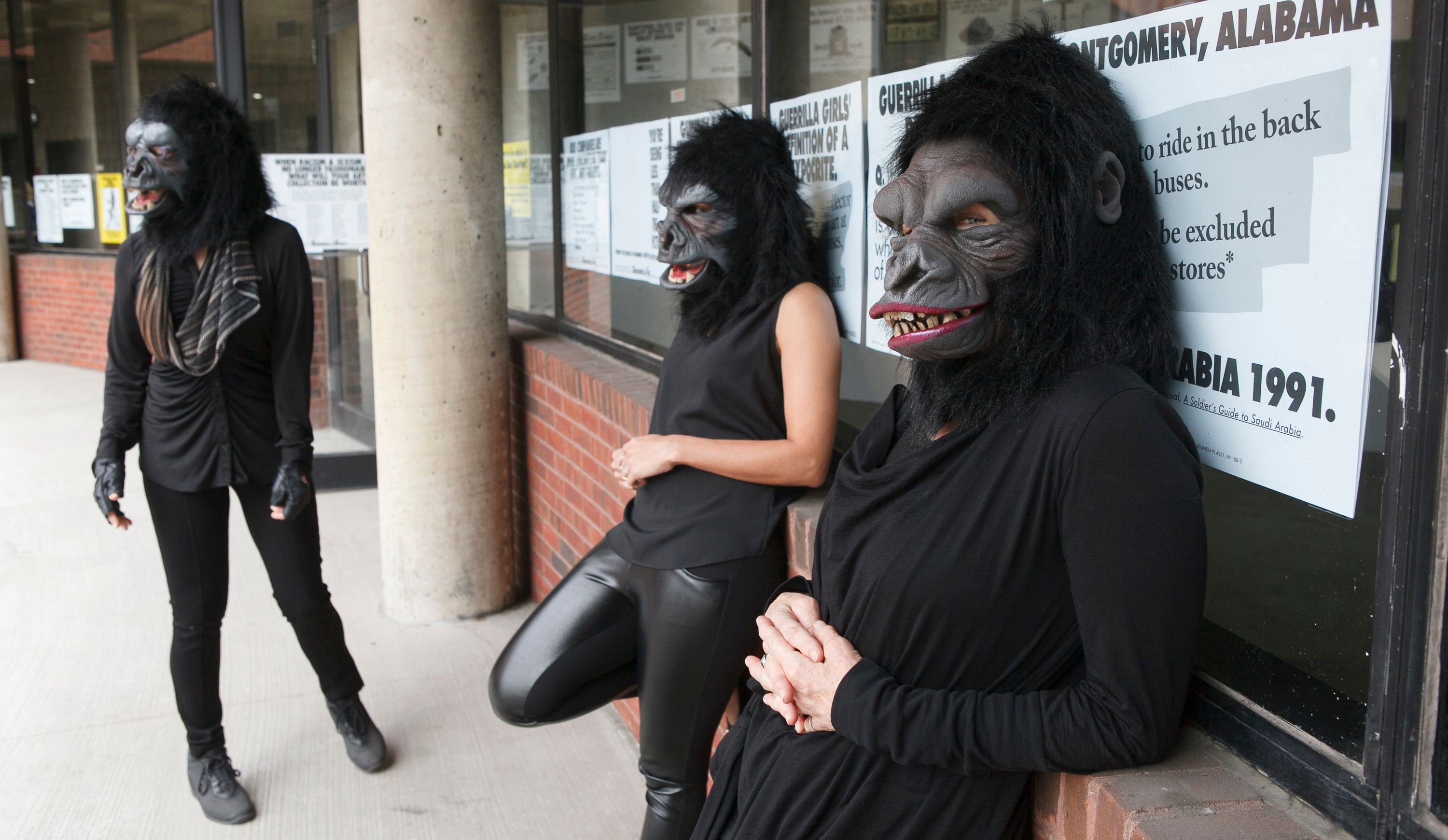 The Guerrilla Girls are doing a call out to the British public for their latest project Photo: Andrew Hindraker

The Guerrilla Girls need YOU. The latest project from the feminist masked avengers hits the UK next week in the form of billboards with a call to arms. It invites the British public to go to their local museums and count the number of female nudes on the walls compared to the number of female artists' work. Participants will be able to send in the numbers to a specially designed website that will display the results on a bar graph that will change over the course of a month.

"The idea that women for a long time have been in art works usually as naked bodies but rarely as artists brings up a huge question about subject versus object. We really believe that there is an element of sexism in the subject of many many many Western art works. It's right there in the art work and we want to open up that conversation," one of the anonymous members, who goes by the name of Käthe Kollwitz, tells The Art Newspaper in a podcast interview.

Called The Male Graze, the project is part of Art Night, a contemporary art festival that was previously held across different parts of London but is going nationwide for the first time this year (18 June-18 July). Two of the billboards will be shown in Shoreditch, east London, and at London Bridge; in Cardiff, the project will be hosted in partnership with g39 gallery and in Birmingham with Grand Union studio space. They will also pop up in cities including Eastbourne, Dundee, Glasgow, Leeds, Warwick and Swansea. As part of the commission, the Guerrilla Girls are also doing a live, online gig on 26 June.

"Like so many other cultural events, Art Night has had to shift and change a lot over the past 15 months. This has been strenuous for the artists, especially amidst global catastrophe. However, the moments of togetherness, politics and beauty that have transpired have been awe inspiring," says Art Night's artistic director Helen Nisbet. "Our commission with the Guerrilla Girls typifies this. The work they're doing builds on decades of research and activism and through the billboard commissions they are galvanising a potentially new audience to consider or re-consider the question of who gets to be represented and who holds power."

The Male Graze project—the Guerrilla Girls's largest UK public project to date—harks back to one of their earliest protest works Do Women Have to be Naked to Get Into the Met. Museum? (1989), which found that less that 5% of the artists in the Modern art section of the Metropolitan Museum of Art in New York were women but 85% of the nudes were female.

"We love doing interactive stuff," says another member, Frida Kahlo. "We complain; we like to give everyone else the chance to complain... This is a chance to not just look at the work that we've done about this but to go to your local institution and see what's on the walls. Do it like we do it."