That's my grandad! Descendant of sheep shearer depicted in one of Australia's best-loved paintings sees work for first time while it visits rural Victoria

To celebrate the 130th anniversary of Tom Roberts’ 1890 painting Shearing the Rams, the National Gallery of Victoria sends work to Wangaratta Art Gallery, close to where the painting was conceived 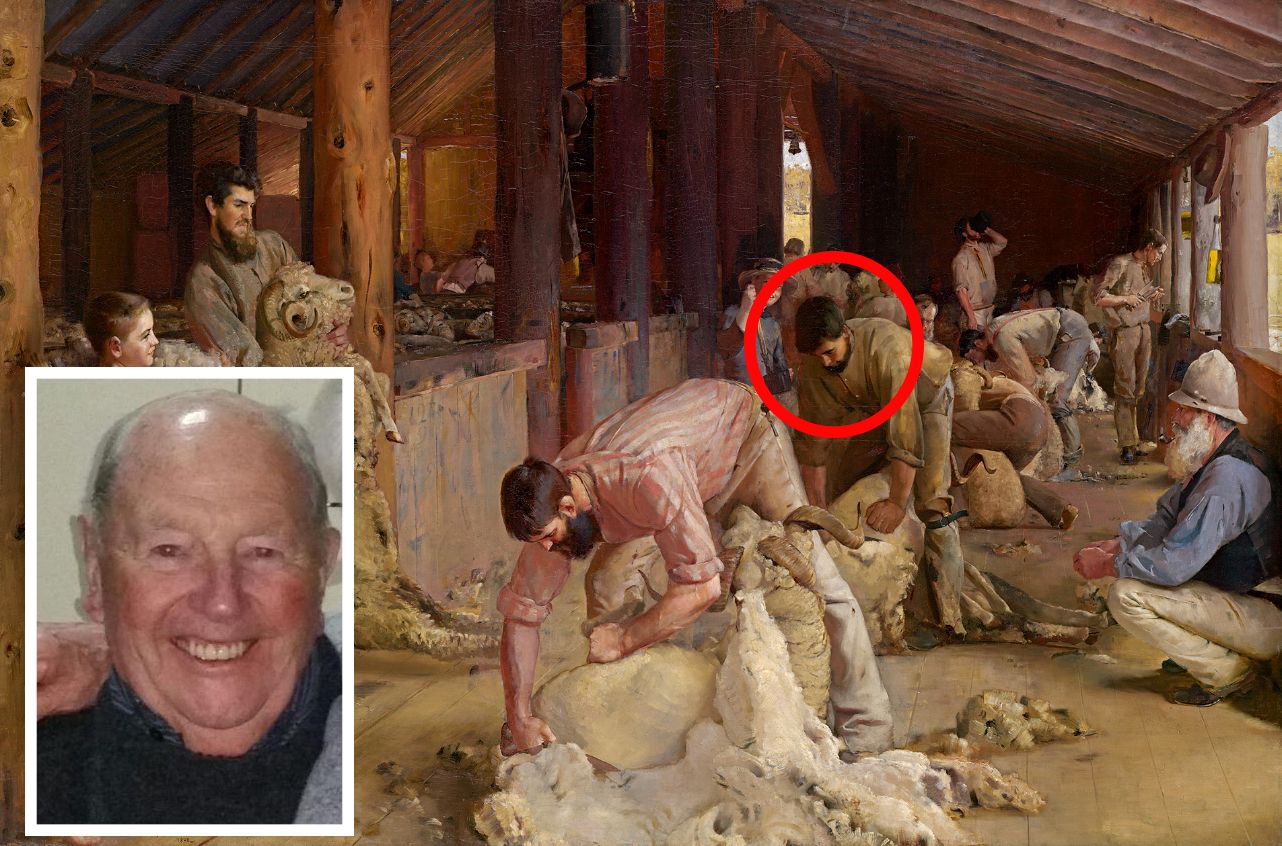 The National Gallery of Victoria (NGV) in Melbourne is celebrating the 130th anniversary of one of Australia's best-loved paintings by loaning it to a rural community where a descendant of one of the picture’s models will see it for the first time.

The Wangaratta Art Gallery in rural Victoria is displaying Tom Roberts’s 1890 painting, Shearing the Rams, until 28 February. Wangaratta is about 40km from Corowa, New South Wales, where Roberts began the painting in the shearing shed of Brocklesby Station before finishing it in his Melbourne studio.

Keith Wise, 82, is the grandson of Jack Wise, the second shearer (in a brown shirt) in the picture. Jack Wise died in his 80s in 1946, having lived the tough life of a shearer. 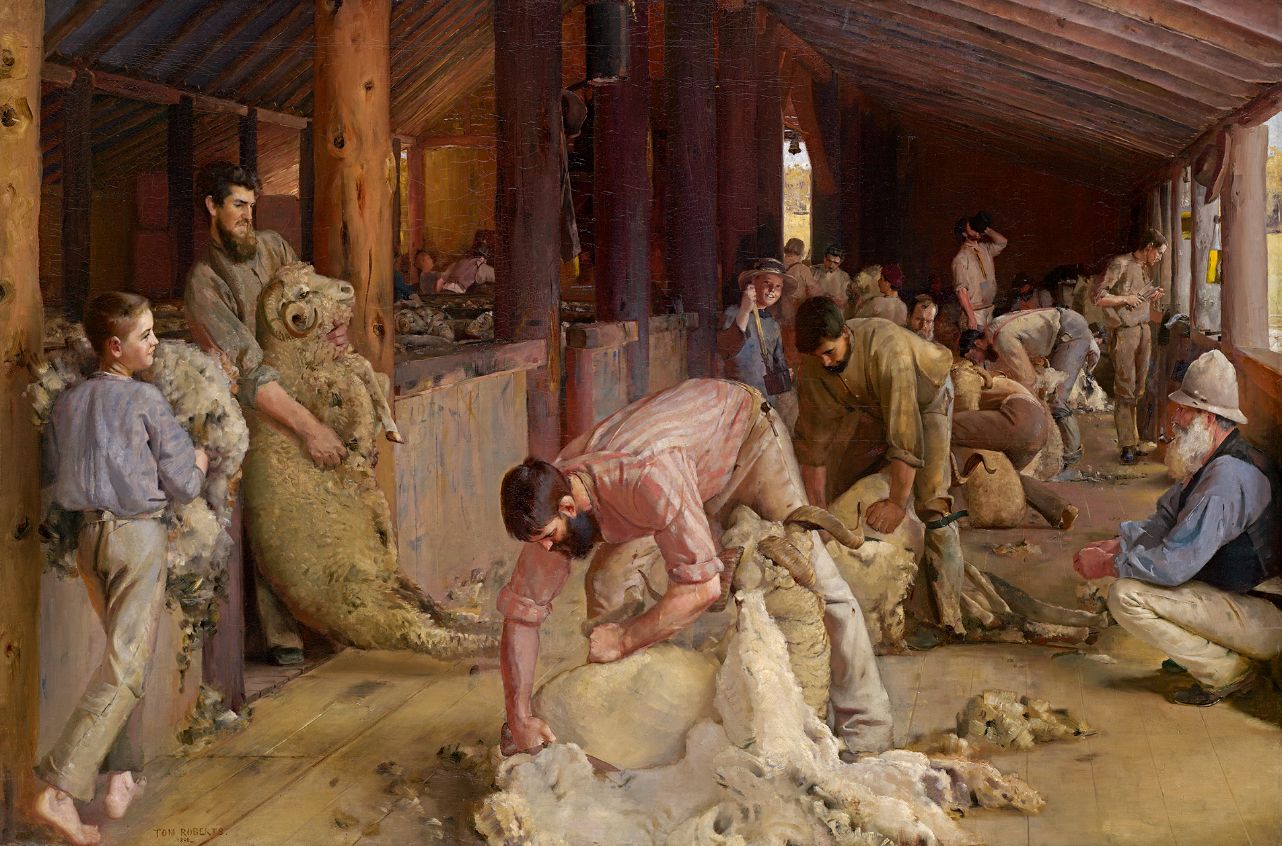 Drink coasters printed with a reproduction of the painting have been used on Keith Wise’s dining table in Wangaratta for as long as he can recall, but he had never seen the actual canvas. A trip to view it for the first time was arranged for this week.

Keith Wise’s father Robert, who died in 1994 at the age of 84, was a woodcutter. Keith never met his shearing grandfather although he clearly remembers Jack’s wife Elizabeth. Keith and his siblings would sometimes stay with Elizabeth, and he remembers the bread and dripping she served them as a snack. By then, Elizabeth was remarried. Keith and Dorothy Wise. Keith is the grandson of one of the shearers in Tom Roberts' painting, Shearing the Rams

“She never spoke about her previous husband (Jack) at all,” Keith Wise said. “She was a bit of a battle axe.”

Keith believes it is likely that his father may never have known about Jack Wise’s connection with one of Australia’s most famous painters. “Dad never used to talk about his father,” he said.

Keith can’t remember when he discovered that he was related to one of the shearers in Shearing the Rams. It was possibly in 1974 when a local Corowa minister, the Reverend Keith Kestel, set about identifying the people in the painting and published a booklet about the artist who had put Corowa on the map. 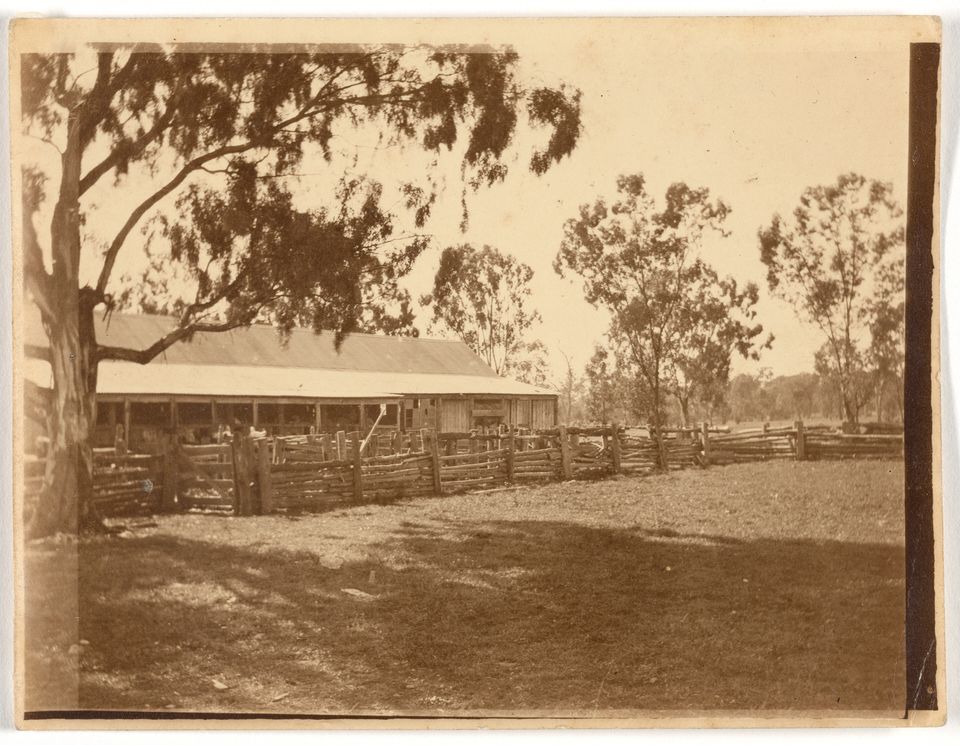 A photograph attributed to Tom Roberts that shows Brocklesby Station's shearing shed in Corowa (around 1890). The shed burned down in about 1960 Courtesy of National Gallery of Victoria

“Reverend Kestel did a lot of research and talked to people locally,” says Lesley New, the publicity officer for the Corowa District Historical Society. The Reverend identified Jack Wise, as well as some of the other local characters in the painting.

Keith Wise said his grandfather is buried in one of Corowa’s several cemeteries, but the family has been unable to locate his grave.

A photograph of the Brocklesby shearing shed in the NGV archives is attributed to Roberts. The shed burned down in about 1960.