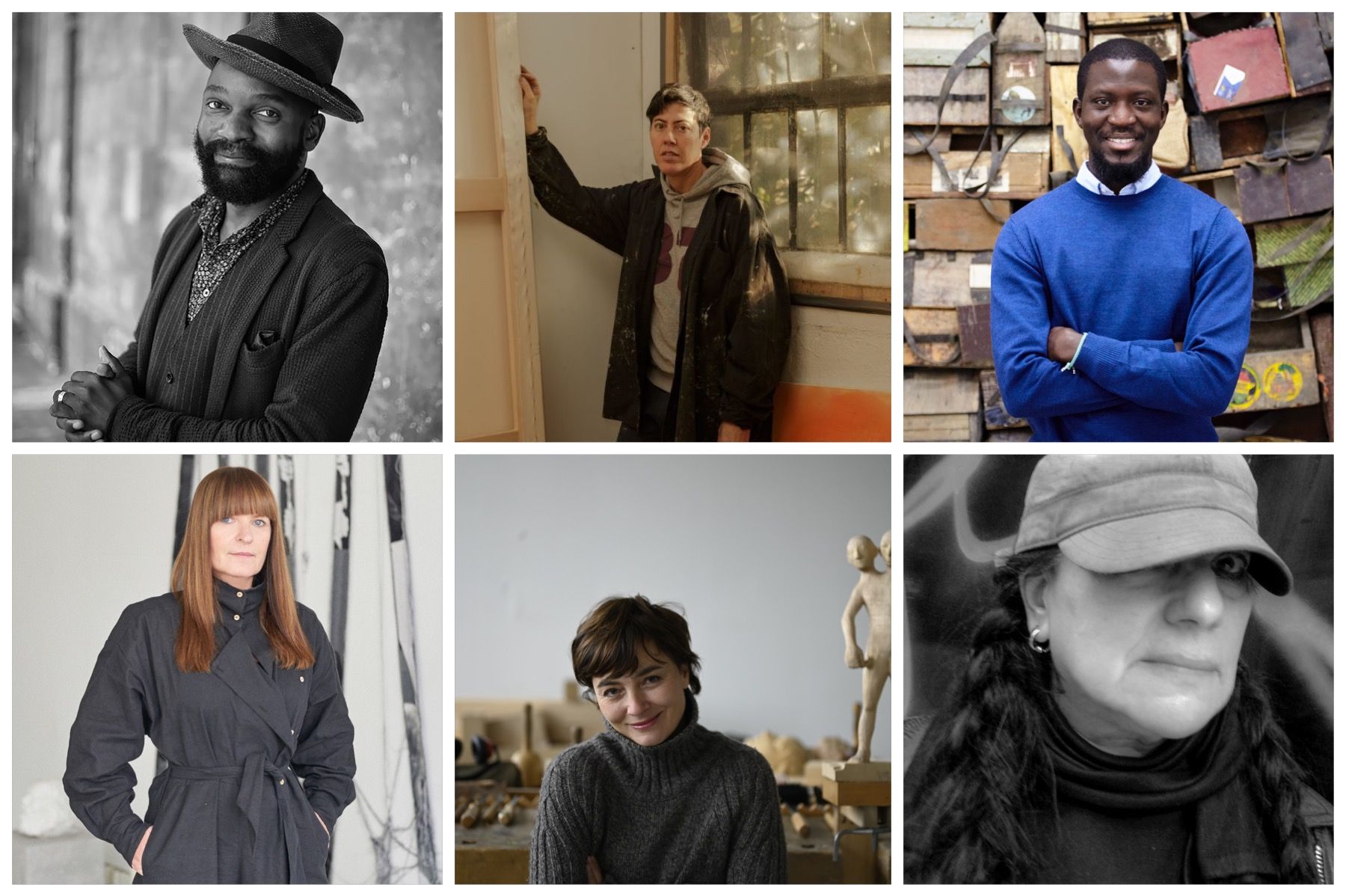 The shortlist of artists for one of the world’s most famous public art commissions—the Fourth Plinth in Trafalgar Square—has been announced. The six artists invited to propose works for the next two winning commissions are: Nicole Eisenman, Samson Kambalu, Goshka Macuga, Ibrahim Mahama, Teresa Margolles and Paloma Varga Weisz.

The artists’ proposals will go on show at the National Gallery in London from late May to July, and can also be viewed online. The selection will also be put to public consultation. Both winning commissions will be announced this summer, and then be shown on the plinth in 2022 and 2024 respectively. Members of the Fourth Plinth commissioning group, who will select the winning entries, include the broadcaster Jon Snow and the artist Jeremy Deller.

Eisenman’s Sketch for a Fountain piece—comprising five figures around a shallow basin—was shown at Sculpture Projects Münster in 2017, but was vandalised several times; she was awarded a MacArthur “genius” grant in 2015. In 2019, Ghana-born Mahama unveiled a new commission at the Whitworth Gallery in Manchester about the forgotten history of his homeland. Margolles received a special mention for her participation in the 2019 Venice Biennale. She “trains a feminist lens onto the brutalities of narco-violence that pervade her home country of Mexico”, wrote Julia Bryan-Wilson in the biennale catalogue.

Malawi-born Kambalu works in a number of disciplines including video, performance and literature. Warsaw-born Macuga was nominated for the Turner Prize in 2008 and created a monumental tapestry for New York's Museum of Modern Art in 2019, depicting herself and works from the museum collection. The figures of Varga Weisz, “both sculptural and illustrated, are often laden with personal and collective motifs”, says a statement on Sadie Coles gallery, which represents the German artist.

The current work sited on the plinth, Heather Phillipson’s The End—depicting a whirl of cream topped with a drone, fly and cherry—will remain in situ until September 2022 (her work is the 13th piece to be commissioned for the public art platform in the heart of London). Other memorable past Fourth Plinth pieces include Michael Rakowitz’s Assyrian winged bull sculpture The Invisible Enemy Should Not Exist (2018) and Katharina Fritsch’s Hahn/Cock (2013).

about 1 hour ago
'Gormley would have liked it': Man who graffitied sculpture cleared in court of criminal damage