The 38th edition of the Photography Show (5-8 April), a fair presented by the Association of International Photography Art Dealers, opened its doors to VIPs on 4 April. A move last year from the Park Avenue Armory to Pier 94 has given the 96 dealers and 36 publishers more room to run, as well as expanded programming and specially curated exhibitions. The latter includes All Power: Visual Legacies of the Black Panther Party, presented by the Photographic Center Northwest, which concentrates on contemporary photographers whose works documenting the experiences of blacks in the US draw on the Panthers' activism.

With works spanning 19th century albumen prints to large-format contemporary C-prints documenting sculptural installations in remote salt flats, the fair speaks to many different markets. Hours into the vernissage, dealers seemed pleased with the turnout, and many had already closed deals on mid-priced pieces—mostly to private clients, but occasionally an institutional collection. According to Alex Novak of the Philadelphia-area Vintage Works LTD, a 19-year veteran of the event, the mood this year feels different. "I've already sold more this year than I did during the entire fair in 2017", he says, attributing the revival in buying to an improved political-economic mood. "For whatever reason", he adds, "people interested in photography seem to lean more liberal, and after the 2016 election, collectors were just not in a frame of mind [to spend]." Read on for highlights from the 2018 fair. 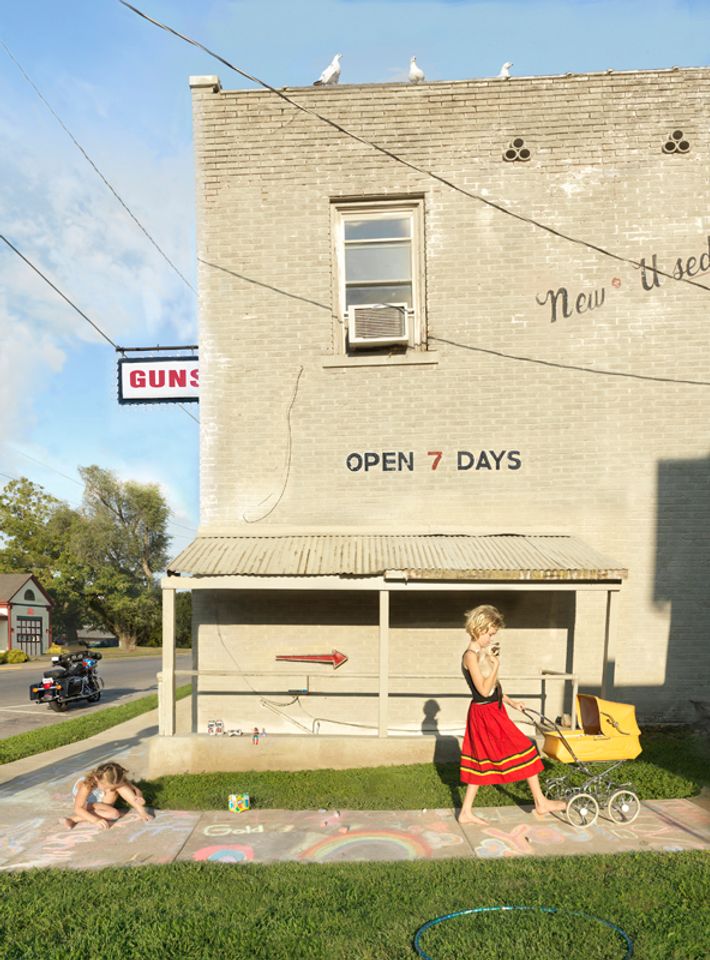 The Missouri-based photographer rose to prominence for her photographs documenting the chaos and innocence of childhood with a stylised, nearly editorial flair. But her most recent works allow sinister hints to seep in, as with Sidewalk (2017), starting at $9,000 for the largest size in an edition of five. Here, a tow-headed girl totes a kitten and wheels a doll’s pram while a younger playmate busies herself with sidewalk chalk. It takes several beats to realise that their idyll is taking place just outside a gun shop with a sign proclaiming "open seven days a week".

“She’s become more influenced by the outside world”, says New York dealer Robert Mann. “This one was created after [the mass shooting in] Las Vegas last fall.”

A master printer turned practitioner, McCaw captured the path of the sun in the sky over the course of 24 hours, letting it burn an arc straight through the specially treated expired paper he lined up in a a hand-built camera large enough to hold the 12in by 41in sheets. The result is a unique paper negative; this one, taken in the Mojave Desert, is priced at $97,500. Gordon Stettinius, the founder of the Richmond, Virginia gallery, groups McCaw with such photographic artists as John Chiara or Matthew Brandt, who privilege process and arrive at contemporary twists on traditional techniques. In what Stettinius describes as “a pushback” against the slickness of digital photography, “some turn to antiquarianism, and others really move the needle in terms of pushing the medium forward”. 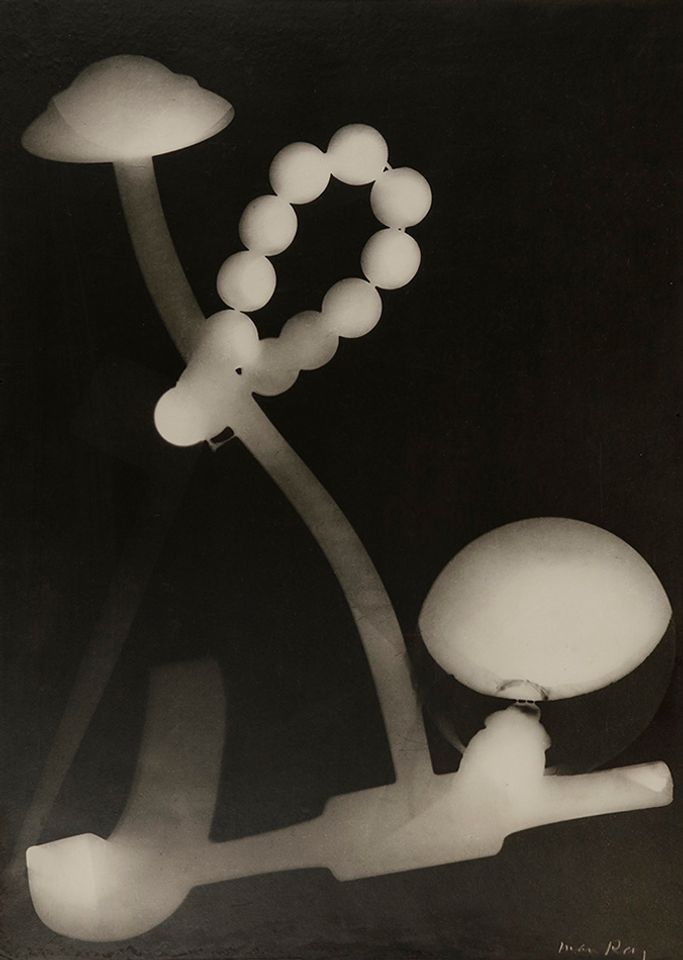 Man Ray’s 1920s “rayographs”, which he made without a camera by placing objects against photo paper and exposing it, are a favourite of collectors of experimental Modern photography, fetching as much as $1.2m at auction. During the VIP preview, admirers clustered around the stand of Vintage Works/Contemporary Works from Chalfont, Pennsylvania, admiring three unusually large versions. The dealer Alex Novak explains that around 1960, the artist re-photographed (because they are unique) and printed these large sizes (roughly 28 by 19 inches) as advertisements for his touring retrospective starting at the Los Angeles County Museum of Art. Seven of the ten are unaccounted for; the remaining three are being offered on the market for the first time for between $80,000 and $100,000. 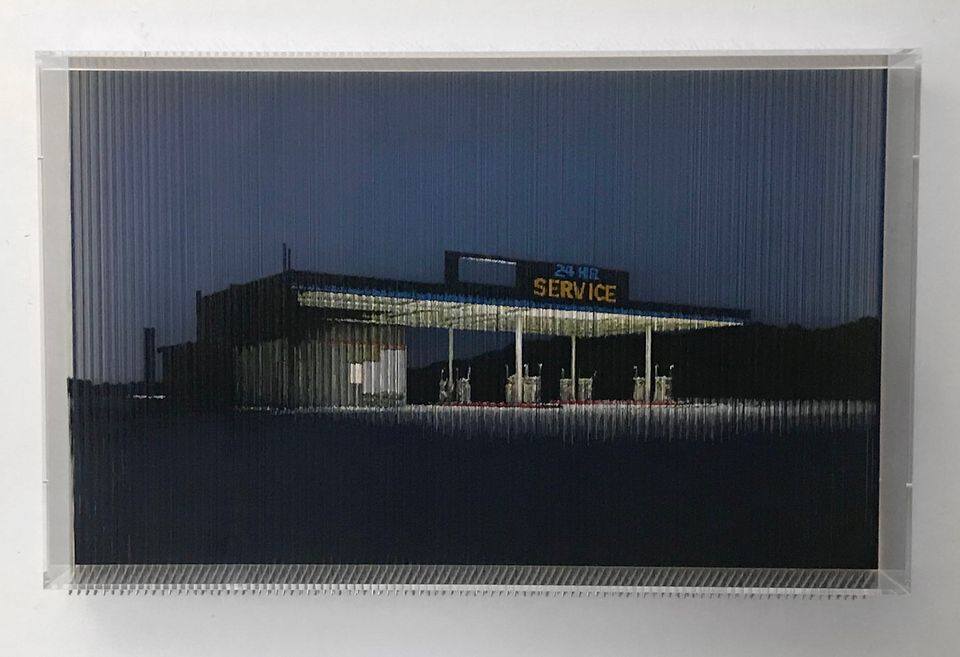 Among several contemporary photographic talents on his stand whom New York dealer Bryce Wolkowitz describes as offering “innovative approaches to constructing imagery”, the UK artist Robert Currie has perhaps the most intricate process. Using found photographs as his starting point, the artist painstakingly reconstructs the image in three dimensions by applying drops of acrylic paint to nylon fibres, which are strung in a grid in a Plexiglas box. The resulting compositions—this one titled 55,860cm/21,992 Inches of Nylon Monofilament and Coloured Acrylic, priced at $30,000 and featuring an eerie gas station at night—have an atomised, floating quality that shifts as the viewer approaches it from different angles, conjuring an analogue representation of a digital photograph. A rising tide of interest in inter- and post-war Eastern European photography has led to the rediscovery of Foto Ada, the nom de plume of Hungarian housewife and self-taught artist Ada Ackerman, who was among the Nazis’ victims during the Second World War. Her inventive collages, using images from advertisements and films clipped from magazines, display a sophisticated formal eye and are beginning to attract institutional interest, says the San Francisco dealer Robert Koch, who has devoted a section of his booth to Hungarian artists such as Ferenc Ficzek and Katalin Nádor. “They go from satirical to whimsical.” Prices for the collages range from $5,500 to $6,500. “We are known for having very few things, but very good things”, says the Paris-based gallery’s director, Dominique Chenivesse, a characterisation that holds up throughout the selection of 19th and 20th century works on the stand, including this rare print by Carlo Mollino. Although the Italian designer is far better known for his furniture, Mollino also exercised his passions through a sideline in lightly erotic photographs which, according to Chenivesse, are “quite rare” on the market. This one, with nods to 1930s cinematographic tropes, was shot with a model he worked with often within the famed Turin apartment he designed for himself. Unique for its large scale at 19 by 15 inches, it is offered at €80,000.