The turmoil that has followed the UK’s decision to leave the EU has affected global financial markets and the strength of the pound, now at its lowest level against the dollar since 1985. International art sales in the capital, however, seem to be a different story. Perhaps spurred by the search for a bargain due to the currency exchange rates, confident buyers buoyed the contemporary evening auctions at Sotheby’s and Christie’s, while sales at Masterpiece London, now in its seventh edition, were reported just a few hours after the fair opened to VIPs on Wednesday, 29 June.

“The past week’s events have been such a shock that we didn’t know what to expect,” says Nazy Vassegh, the fair’s director, “but collectors are coming and they’re buying.”

A striking piece of jewellery, made from a seven-and-a-half-carat diamond by the designer Joel Arthur Rosenthal, was sold almost immediately at Symbolic & Chase’s stand (C7) for a seven-figure sum. And the Old Master dealers Agnews (C19), had already sold Nose-diving on the City (1939), a painting by the Italian Futurist Tullio Crali, which they brought to Tefaf in March, with an asking price of around €300,000.

Here are some highlights you should not miss when visiting the fair, which runs until 6 July: 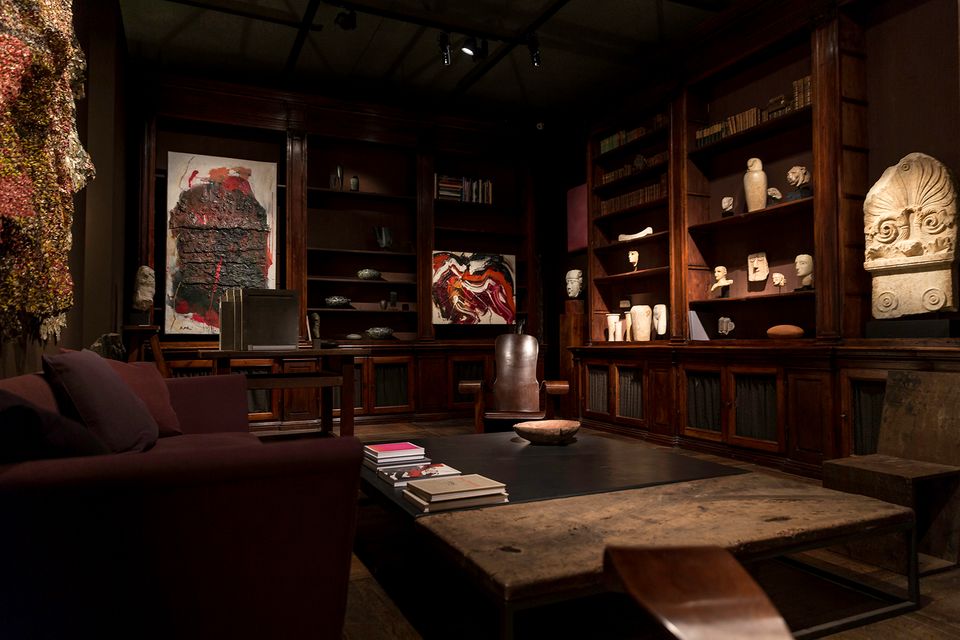 The Belgian gallery Axel Vervoordt has brought a wide selection of works for their its time at Masterpiece, ranging from 5,000-year-old, but strikingly contemporary-looking, ancient Egyptian and Arabic alabaster sculptures, to Modernist paintings by the Gutai artists Kazuo Shiraga and Jiro Yoshihara, and a large wall piece by the Ghanaian contemporary artist and Golden Lion winner El Anatsui. The price for the latter’s work is on request, but similar sized pieces have held estimates of $600,000-$900,000 at auction. The gallery is also known for its design pieces and its carefully put together stands, and this one is no exception as it is fast becoming one of the talking points of the fair. 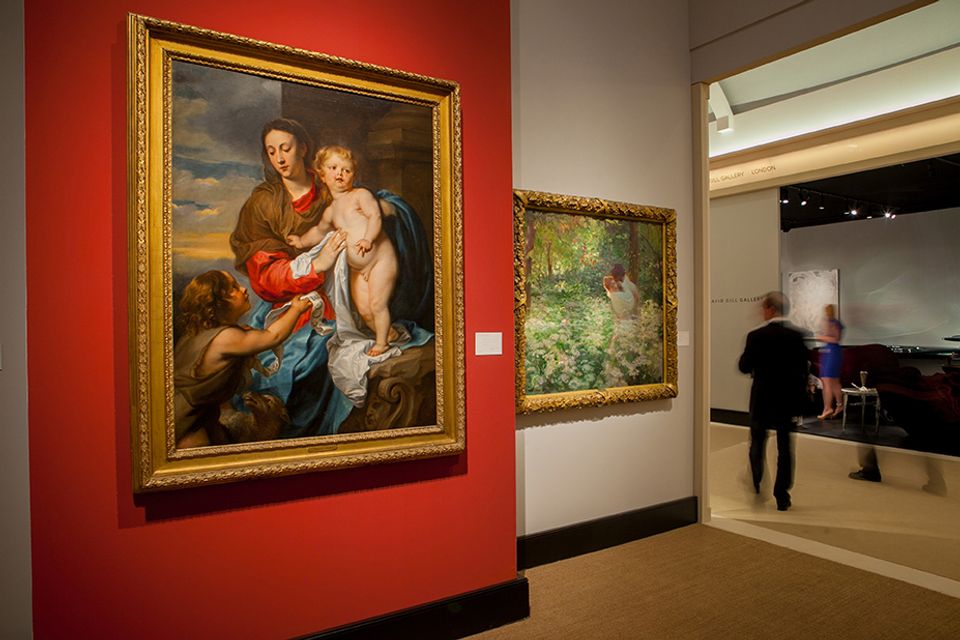 This newly-attributed work by Van Dyck has not been seen in public since 1887. “This is an exciting addition to Van Dyck’s oeuvre, and we can trace its provenance all the way back to 1775, when it was purchased by an ancestor of the present owner during his Grand Tour of Italy. We enjoyed the process of piecing together the picture’s history, which adds to its appeal, and the story of its discovery has been very popular with visitors to our stand,” says Molly Dorkin, associate director at Dickinson. 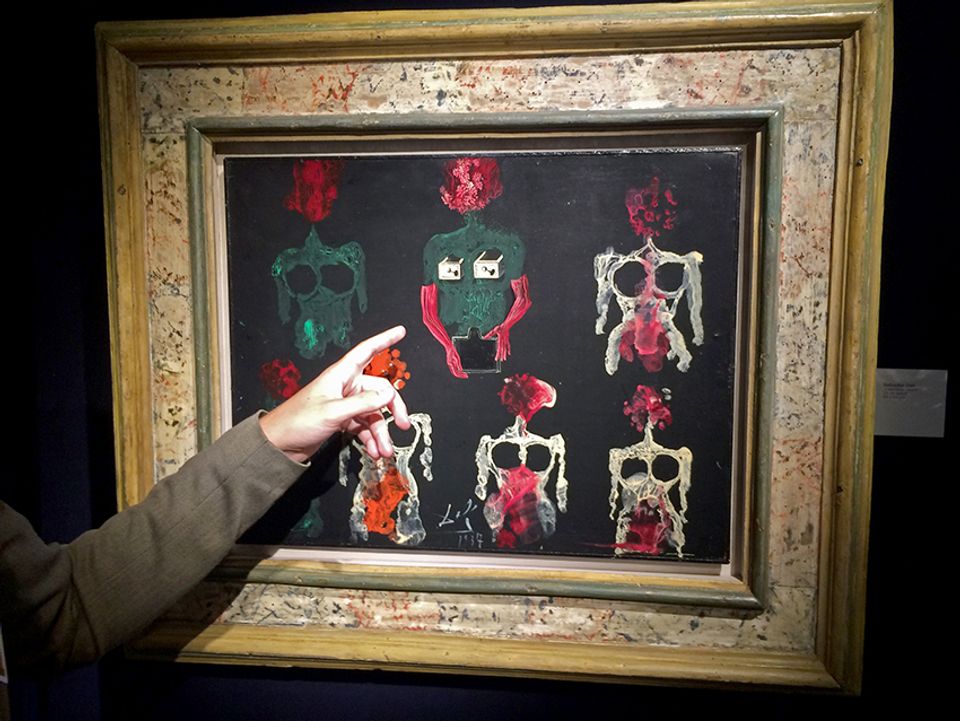 The Barcelona-based Mayoral gallery is staging a small exhibition of works by Surrealist artists—including Salvador Dalí, René Magritte and Joan Miró—inspired by dreams and the escape from reality. The point of departure for the show is the Surrealist poet André Breton’s publication Trajectoire du rêve (Trajectory of dreams), which was illustrated by Dalí and Miró. “We wanted to do more than just hang some works on a wall,” says Eduard Mayoral, the director of the gallery, “and this is a particularly unusual painting.” Dalí’s Anatomies (1937) is from a rare series that he painted in the late 1930s and in which the artist developed his recurring motif of substituting women’s heads with flowers. The gallery’s thoughts on Brexit? “Last week was pretty uncertain, but the contemporary auctions were strong, so we’re not worried,” Mayoral says. 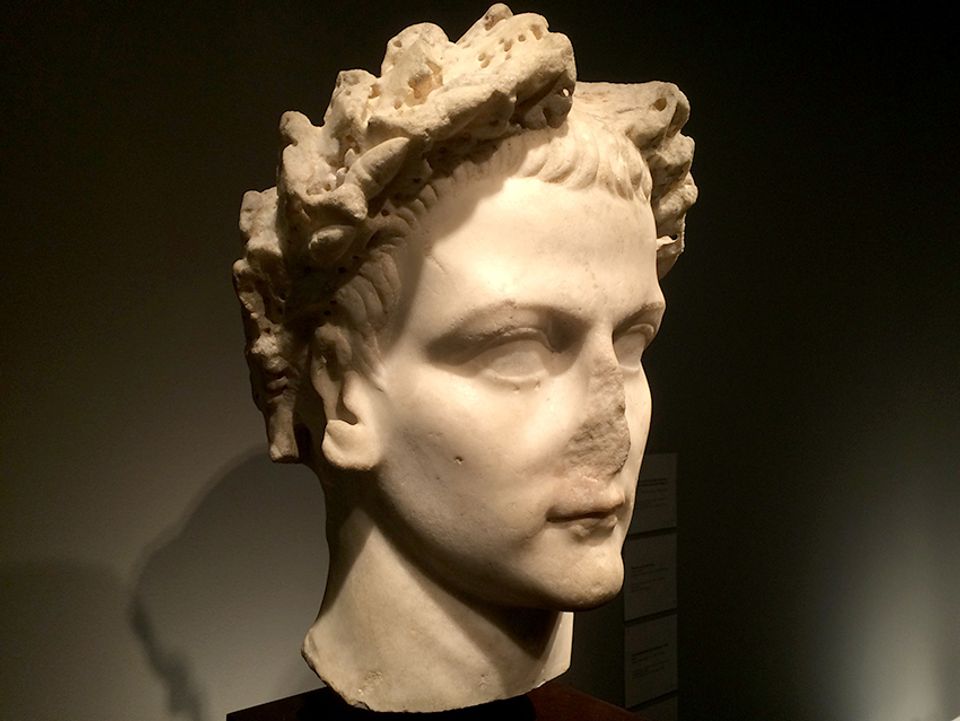 David Ghezelbash (B11) Head depicting the emperor Caligula, first half of the first century AD, price on request

David Ghezelbash (B11) Head depicting the emperor Caligula, first half of the first century AD, price on request

This rare sculpture of the much-maligned Roman emperor Caligula who, throughout history, has been labelled a cruel, sadistic, insane tyrant, was discovered in Cordoba between 1936-39, in the foundations of the Bank of Spain. Whether or not we are to believe all that was said about Caligula—the only surviving historical accounts of him were written by his enemies—the fact remains that sculptures of him are incredibly rare. He was so hated that, after his death, portraits and sculptures of him were widely destroyed, according to a representative of the gallery. 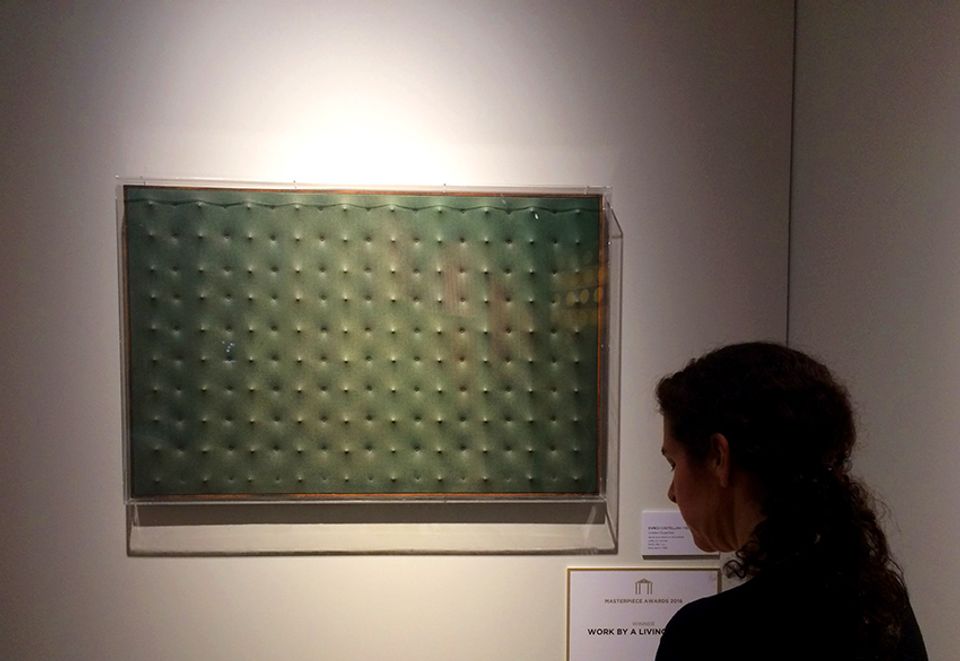 Part of the more recent wave of Italian galleries that have set up shop in London’s Mayfair, M&L are taking part in the fair for the first time with a presentation of works by post-war Italian artists, including Michelangelo Pistoletto, Lucio Fontana and Enrico Castellani. This green wall piece by Castellani, with its recognisable, monochromatic stretched canvas, won this year’s Masterpiece award for best work at the fair by a living artist and was sold almost immediately on opening day. “It’s a particularly rare and early work,” says Matteo Lampertico, one of the gallery’s partners, “it has a much softer appearance and colour, before Castellani started using those brighter, more ‘Pop Art’ tones that we are now familiar with.” It has also never been seen on the market before. 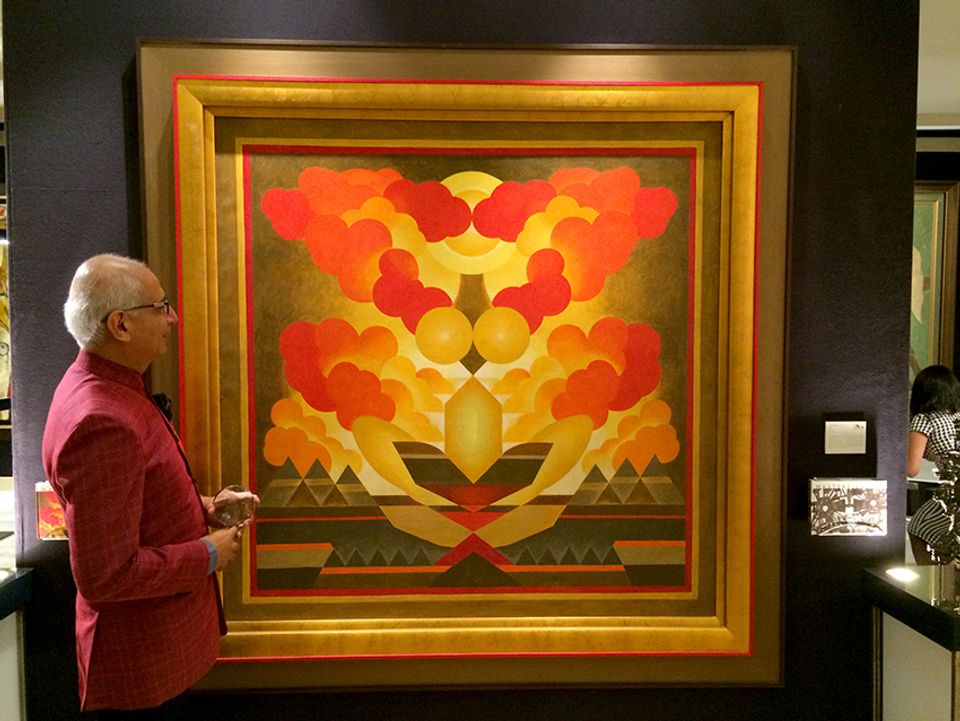 For their first appearance at Masterpiece, DAG Modern, with spaces in New Dehli, Mumbai and New York, is presenting a wide selection of Modern Indian art, from the Benghal school to the Bombay Progressive Artist’s Group, at a wide range of price points. “We’re are in the business of commerce but we also want to educate the public, which is why we’ve put together a scholarly book for each work at the stand,” says the gallery’s head of exhibitions and publications, Kishore Singh. “Our stands are usually bigger than this, and we’ve previously commissioned educational videos for all of the works that we’ve had on display at other fairs.” This large, colourful Modernist work by the Kashmiri, self-taught artist G.R. Santosh applies a geometrical, orderly aesthetic to the Tantric image of a goddess, the fount of creation, and combines the essential male and female principles with vibrant yellow and red tones.