A complete historical catalogue of the Wallace Collection’s Italian sculptures 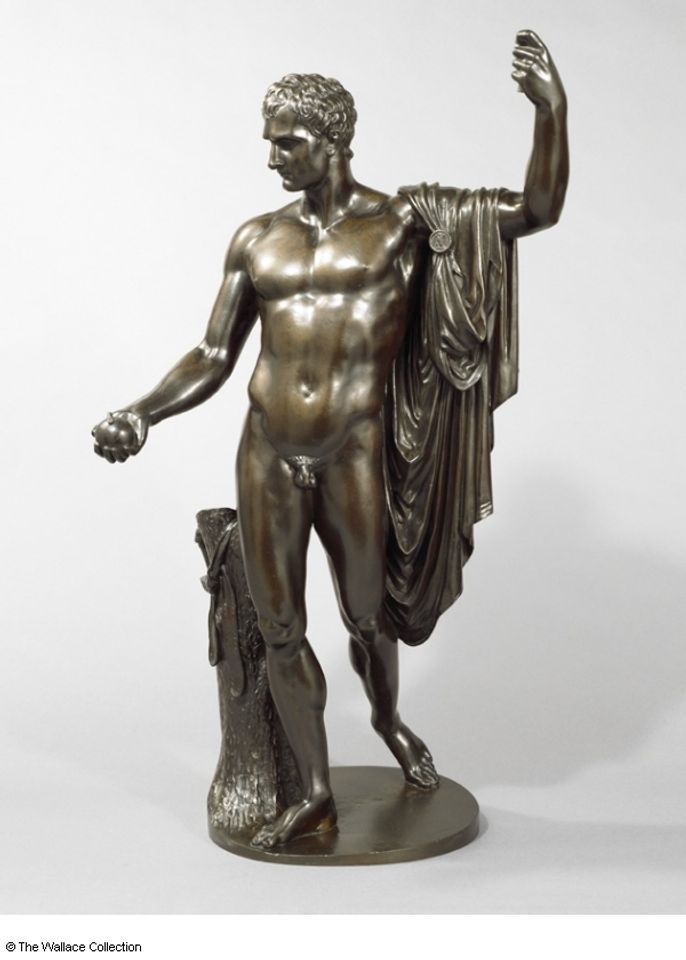 Francesco Righetti (after Antonio Canova), Statue of Napoleon I (around 1810-15) (Courtesy Wallace Collection)

Jeremy Warren’s recent contribution to the series of sumptuous catalogues published by the Wallace Collection is beautifully designed and produced, with spectacular photographs by Cassandra Parsons. Warren, formerly the collections and academic director at the Wallace Collection and now an emeritus research fellow there, explains how its 159 works document the collecting efforts in the field of Italian sculpture from around 1740 to around 1890 of five generations of the Seymour-Conway family.

This comprehensive two-volume Catalogue of Italian Sculpture enjoys meticulous scholarship and is the “first serious reappraisal of the Wallace sculpture collection as a whole for some 85 years”, treating one third of the entire holdings and replacing Sir James Mann’s catalogue of 1931. Warren explains that he has taken a geographical approach to the objects, cataloguing all works by the same artist in the same place, thus the probable origin of a cast dictates whether or not the sculpture has been included.

Sir Richard Wallace (1818-90) was not the only family member to purchase sculpture, but Warren understandably focuses on his guiding influence as he had a “transformative” effect on the family collection which saw him end “his life with a collection of sculpture that... reflected his own taste”. The personal nature of the collection is emphasised in the charming photograph of around 1885-88 showing Sir Richard in his smoking costume, holding one of his acquisitions, believed to be a bronze statuette of The Flagellation of Christ.

Sir Richard was responsible for the quality and breadth of acquisitions, which ranged from Renaissance bronze statuettes, utensils and medals, to door knockers and plaquettes. His surprise inheritance in 1870 ensured that he was able to put his personal stamp on the works acquired, redoubling his active connoisseurship in the auction rooms and occasional purchases of major collections.

As with every collection that reflects the personal tastes of its founder, there are strengths and weaknesses. Wallace was an avid collector of coins and medals. His eye for outstanding Renaissance bronzes saw him acquire some of the finest early examples, including the “brilliantly fluid portrait from life” of a cleric, probably Antonio Trombetta, by Andrea Riccio (around 1506-16) and a beautiful piece of a Seated Woman (around 1480-90) by Giovanni Fonduli da Crema. There were significant acquisitions in other media too, including a boxwood Hercules (around 1520) by Francesco Pomarano, “the most important small wooden figure sculpture to survive from the earlier Italian Renaissance”, to which Warren has appended new documentation relating to the maker.

The weaknesses in the collection reflect the areas where Wallace did not seek to make purchases. He did not acquire Greek or Roman antiquities, for instance, nor was he interested in buying many marbles or terracottas. But there are outstanding exceptions, such as Pietro Torrigiani’s marble Head of Christ (around 1516-20), originally from the west side of Westminster Abbey’s Jesus or Islip Chapel in the north transept, which was conserved and redisplayed as a result of research for the catalogue.

There can be no doubt that the Wallace Collection’s new catalogue was a labour of love for the scholarly sculpture connoisseur, Jeremy Warren. He has succeeded in his mission to explain that Sir Richard Wallace’s “deepest love was the arts of the Renaissance” and his hope “that this catalogue will demonstrate just how great [his] achievement was in building a collection of mainly Renaissance Italian sculpture which though numerically relatively small, contains so many works of art of outstanding quality and interest” has been fulfilled.