Somali artists put their art on the map in Minnesota 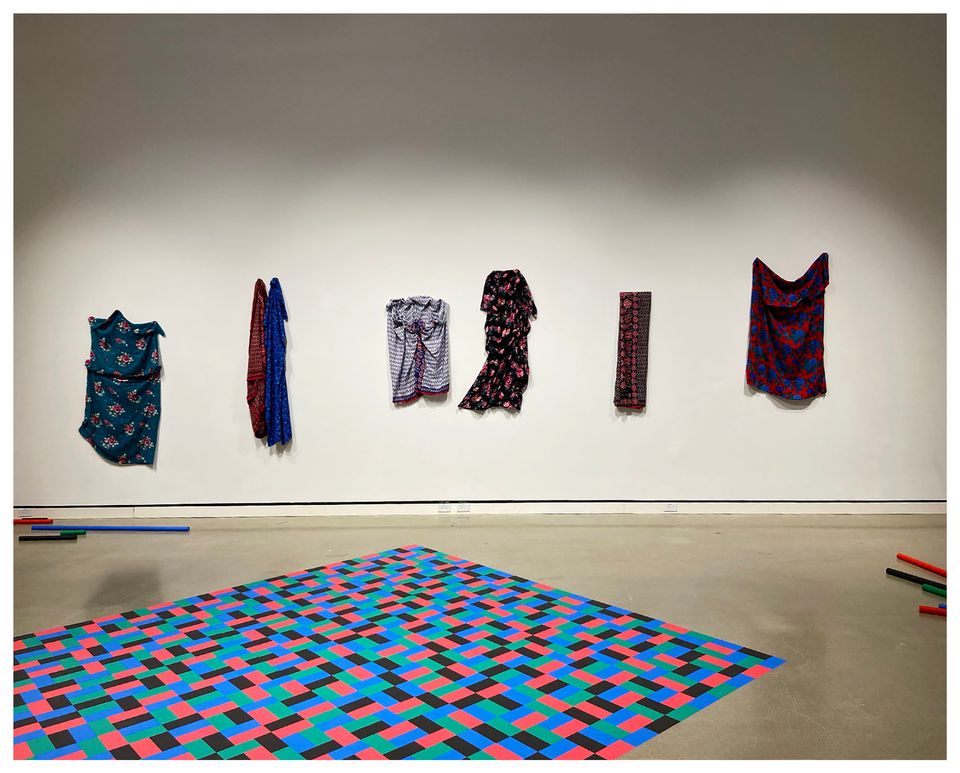 An installation view from In Plain Sight Soomaal House of Art

A collective of Somali-born artists in Minnesota are working to encourage artistic creation among the local immigrant community and create a platform for Somali artists in the Twin Cities and beyond.

The Soomaal House of Art, founded in 2014 by the artists Kaamil Haider, Mohamud Mumin and Zahra Muse, started out presenting their work and others’ at local mosques and community centres around Minneapolis and St Paul. Their initial aim was to reach out to the state’s 50,000-strong Somali community—the largest in the US. But they are expanding their scope through a project co-organised with the Rochester Art Center (RAC) this month that presents the work of seven Somali artists on a larger stage.

Sheila Dickinson, the centre’s artistic director since 2018, has been interested in recentring its programming on artists of colour. “That was overdue,” she says. “I wanted to switch the orientation away from white guys from Berlin to a major group like Soomaal House of Art because what they are doing is trailblazing.”

The decision has been met with mixed reactions. When Dickinson talks about the upcoming Somali-focused exhibition with patrons and visitors, most respond with excitement, but others have expressed concern. This fear touches on a rise of anti-immigrant rhetoric, as seen during a rally held by the US president Donald Trump in Minneapolis in 2018, when the very mention of Somalis garnered boos from his supporters. Another Trump rally took place that year on the same block as the RAC. Immigration from Somalia has all but stopped since Trump instituted a draconian travel ban aimed at several Muslim majority countries, soon after taking office.

However, the RAC refuses to engage with this negative rhetoric, and is instead showcasing the Somali artists’ work on its own terms. “We are bringing them in because they are really good artists,” Dickinson says.

“This is the first time that this kind of work is happening, after many years of working on our own thing and in our own space,” says Mohamed Samatar, one of the artists in the show In Plain Sight. His giant chiffon draperies, the colours of a sunset, welcome visitors when they first enter the museum. “I’m celebrating this moment of finally being asked as artists to present work, and to be treated as artists. My piece is responding to that.”

Ifrah Mansour sees her work as a memorial. It includes miniature aqals (portable Somali huts) with the figure of a Somali youth hovering above. “It’s a wake-up call about what is happening to East African youth in Minnesota, specifically the opioid crisis our state is experiencing,” Mansour says. “It’s connected to folks being displaced out of their jobs and their homes. Our cities are all experiencing an epidemic of gentrification, and there’s a lot of pain people are experiencing with housing discrimination.”

A key element of the project is engagement with the Somalis who live and work in Rochester, and Soomaal has been “coming down and doing a lot of work with the community for about a year”, Dickinson says. “This project is not just about the exhibition. It’s grassroots and from the ground up.”

“Even before we put pen to paper, we thought about the community and how we wanted them involved,” Mumin says. That has included working with schools such as Rochester STEM Academy, where the majority of students are Somali. “We’re bringing positive role models for a lot of the youth who were interested in art to see practising artists doing their thing,” Mumin adds.

He says Soomaal is having an impact beyond Minnesota, with artists from the collective visiting and working with the Somali diaspora in Scandinavia and the UK, and bringing artists from other countries to Minnesota. He adds that many of the artists they have met are interested in creating something like Soomaal where they live. “When they come, they see how Somali artists in the US, but especially in Minnesota, can take initiatives into their own hands and run with it.”