John Currin on Larry Gagosian’s mile-high bed “Everyone has such nice names, don’t they?” said the painter John Currin as he signed a copy of his recently published catalogue to an Annie (suggesting that his taste in names is surprisingly sedate) at the Gagosian Shop on Tuesday. Currin welcomed fans of all stripes, including one enthusiastic man who piled up six copies of the $100 book, regaling them with tales about paintballing with a friend who was formerly in the Special Forces (“the welts last for, like, a month and a half”). One woman joked that she’d flown in just for the signing. “I didn’t sleep at all,” she sighed. “You know, the only plane I’ve ever been able to sleep on,” Currin said, lowering his voice theatrically, “is Larry’s. There’s a bed!” 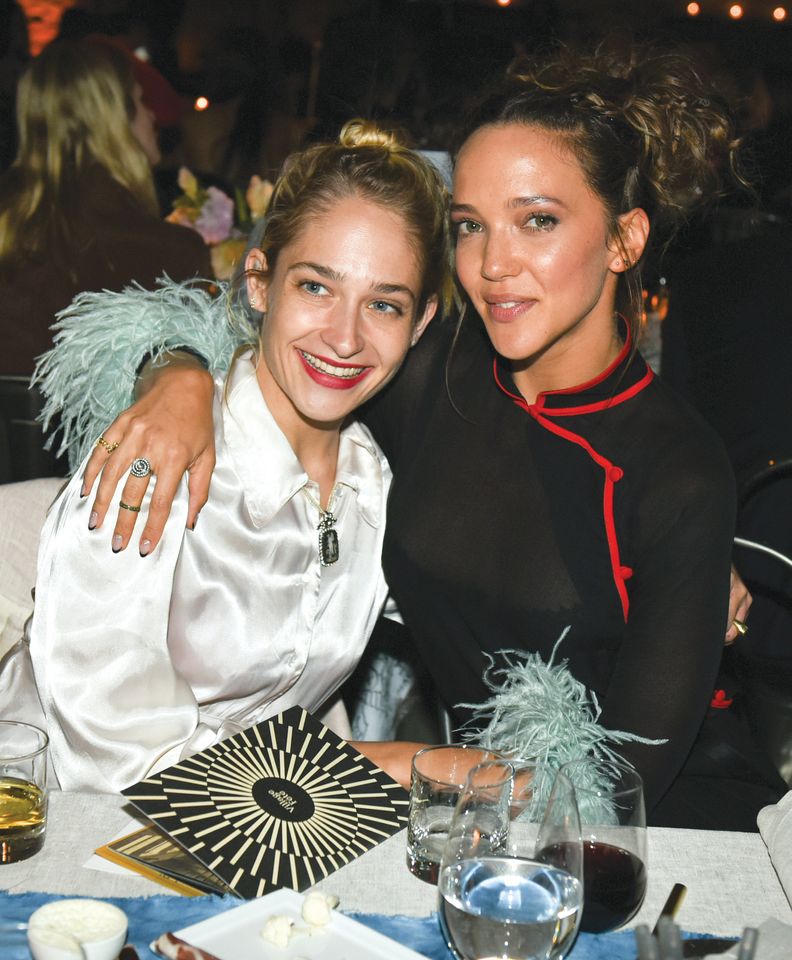 The ‘girls’ are all right When we bumped into the actress Jemima Kirke, A.K.A. Jessa from the hit TV series Girls, at a recent Pioneer Works fundraiser, she naturally discussed her own artistic production. Kirke described how she had once painted a portrait of her friend’s “post-partum breasts”, saying: “They just called out to me.” Who, or what, is she currently painting? A small child who “looks like she could be 50… she looks like Sissy Spacek now. It’s amazing,” she marvelled. (Spacek is 67.) Kirke paused to say hello to a familiar paparazzo, who had stalked her and fellow Girls cast members during all six seasons of the show—but when asked about his interest in Girls on-screen, he said: “I’ve seen parts of it.” 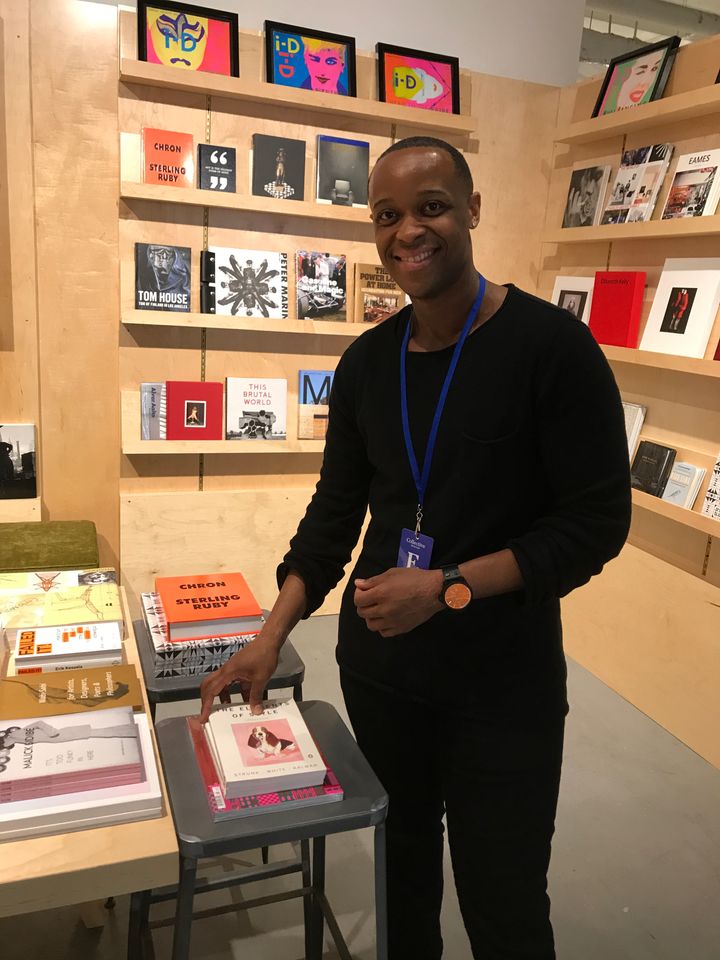 Show some love for this Courtney, too Courtney Love is selling books this week at the Collective Design Fair (until 7 May) in downtown Manhattan. No, not that Courtney Love; this Courtney is the assistant store manager at Bookmarc, the fashion designer Marc Jacobs’s New York bookstore, which opened a pop-up at the fair. Courtney—a performer himself—explains that unsuspecting punters often turn up expecting to see the celebrity punk singer, and can be a little miffed when they see the amenable bookseller instead. Must be great for guest lists, though… 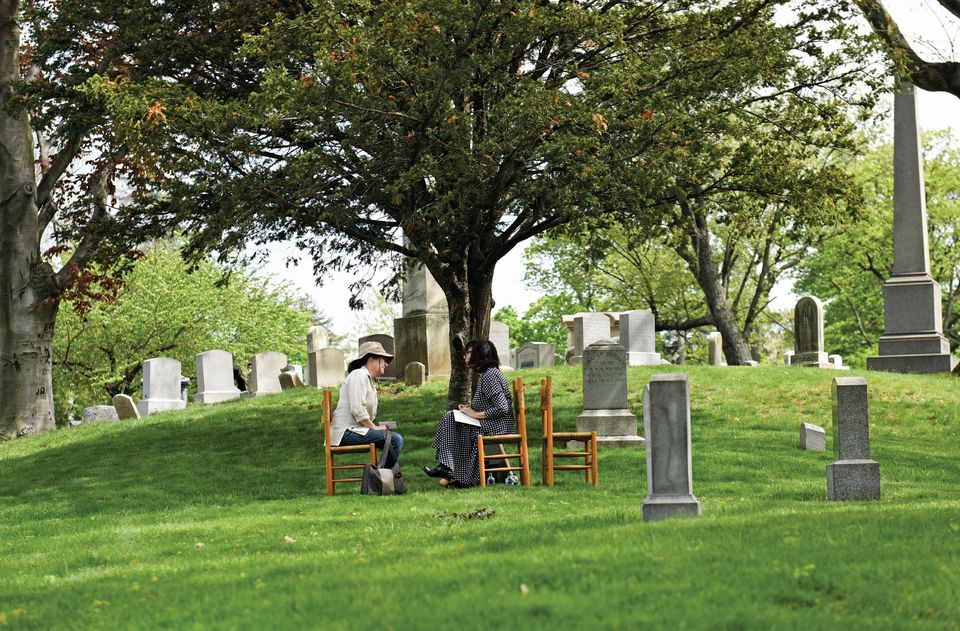 Deathbed confessions with Sophie Calle Ah, Brooklyn: where even the graveyards are hip. The borough’s buzziest spot last Saturday was the 19th-century Green-Wood Cemetery, where the French artist Sophie Calle was transcribing people’s darkest secrets to bury in her new Creative Time commission, a marble funerary monument called Here Lie the Secrets of the Visitors of Green-Wood Cemetery. As crowds queued amid the cherry blossoms, we asked the artist: what is the difference between a secret and a confession? “This is something I’ve wondered myself, throughout the day,” Calle admitted. “A secret is something that you can be proud of, though, because it makes you different from everyone else.” Had Nato Thompson, Creative Time’s artistic director, shared a secret with Calle? “No way, man; it’s different for me. I know her,” he said. “Strangers, they can just go up to her and be like, ‘I killed four people. Peace!’” So, what is Thompson hiding? 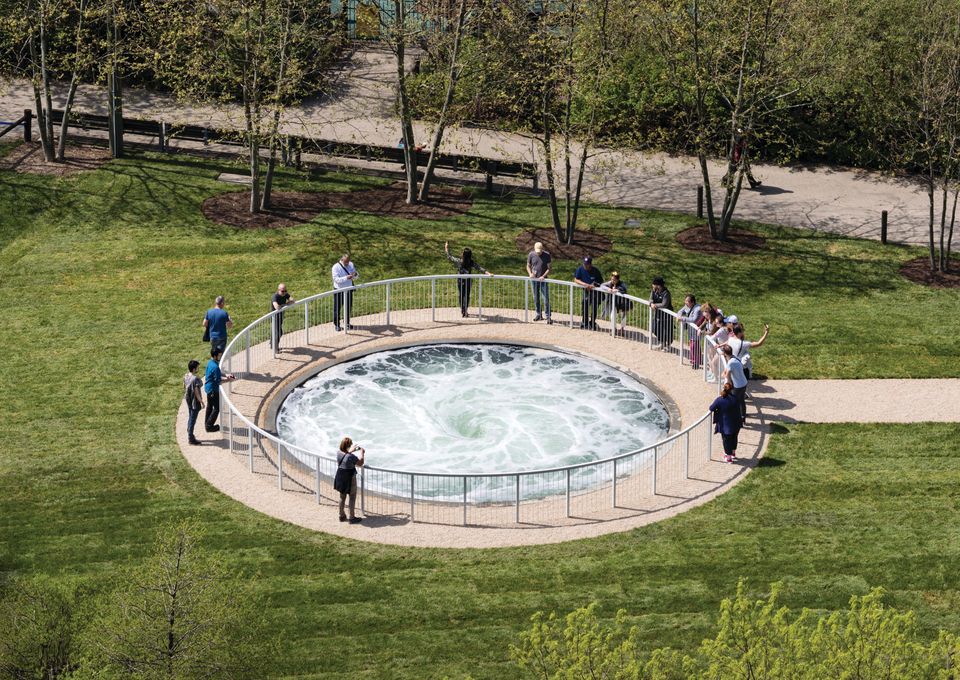 Kapoor: jump, Trump! “Public art does have a very important role to help us see that public space matters; that public space is communal; that it doesn’t belong just to the rich,” Anish Kapoor told us on Wednesday, shortly after the opening of his installation Descension (2014), in Brooklyn Bridge Park. The work—a swirling, rumbling vortex of water that resembles a giant hot tub—is ringed by a railing for public safety. But Kapoor is unconcerned about the safety of one native New Yorker who is back in his hometown this week: the 45th president. “As far as Trump goes,” he said, “I wish he’d jump in there.” 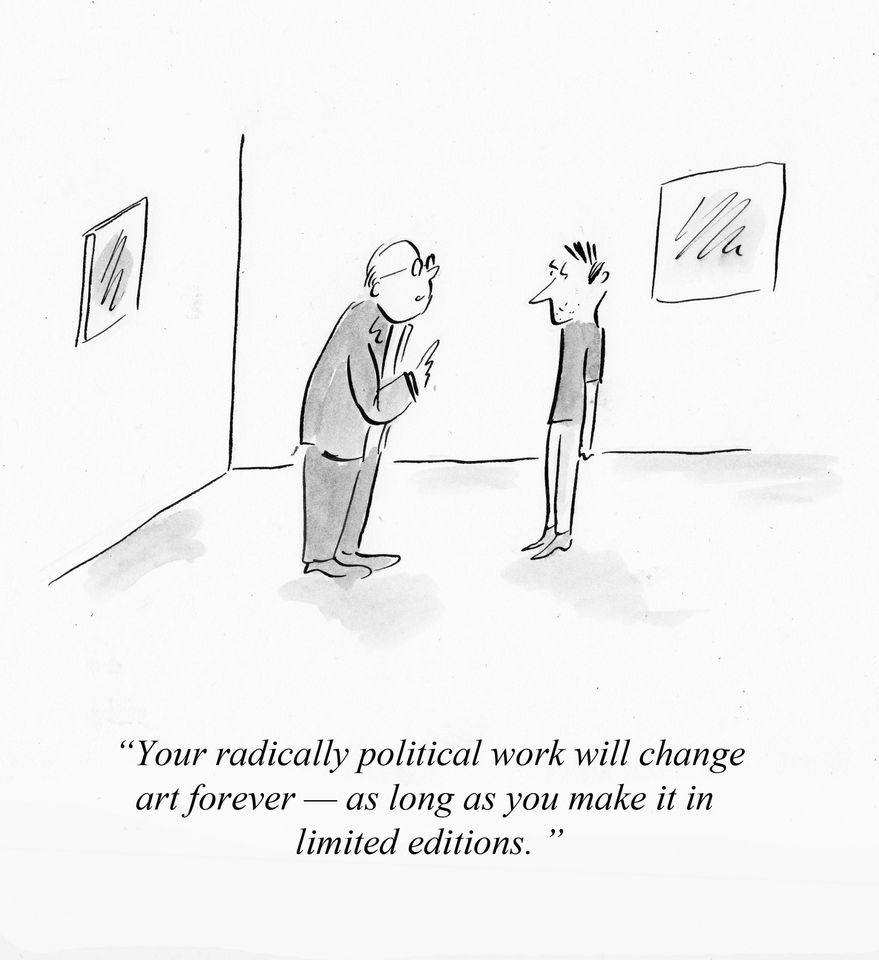