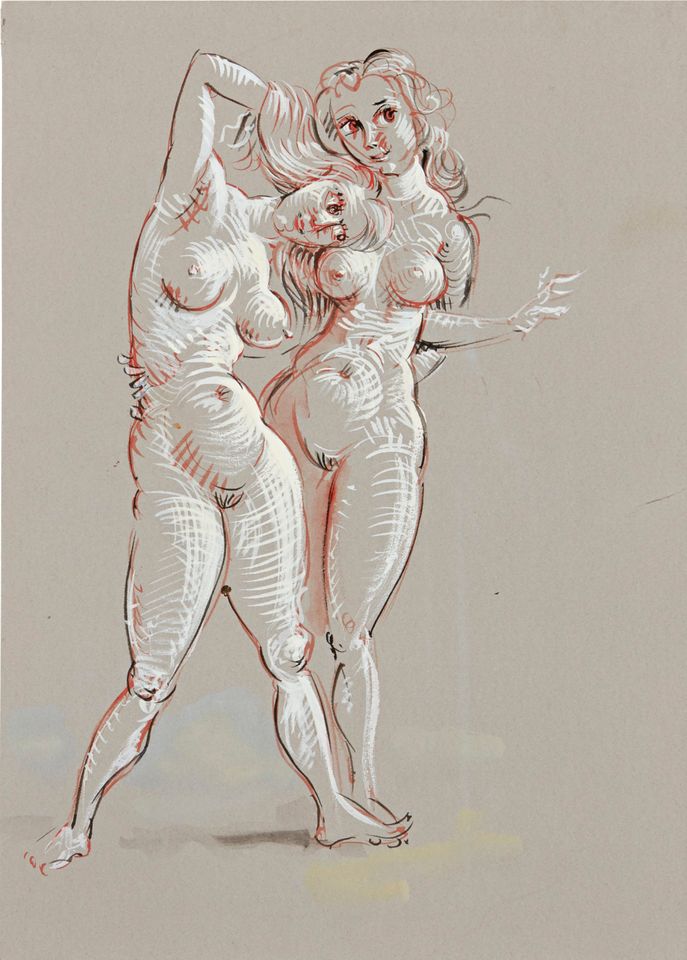 Just to keep us on our toes, yet another auction symbol has popped up in Sotheby’s printed catalogues for its sales this week. Two works from the collection of the late management consultant David Teiger—John Currin’s painting Minerva (2000) (est £800,000-£1.2m, 5 October) and his work on paper Friends (1998) (est £25,000-£35,000, 6 October)—feature what looks like a curvaceous M. This is not, a Sotheby’s spokesperson assures, some new financial wizardry; rather, it relates to a situation specific to the Teiger works.

The symbol indicates a work that is “subject to right of first refusal”, meaning that the person who had originally sold the work to Teiger can price-match any winning bid. The provenance for both of the Currin pieces states that the previous owner was Andrea Rosen gallery, which closed last year (although Rosen is still operating). She therefore has the right of first refusal, so although she would appear to bid at a higher increment, the selling price would in fact be at the previous (lower) level reached.

The lower bid would be reflected in the works’ reported selling price, Sotheby’s says, adding that since the catalogues were printed, the rights on Minerva have been waived. (The symbol has now come off the auction house's online catalogue.)