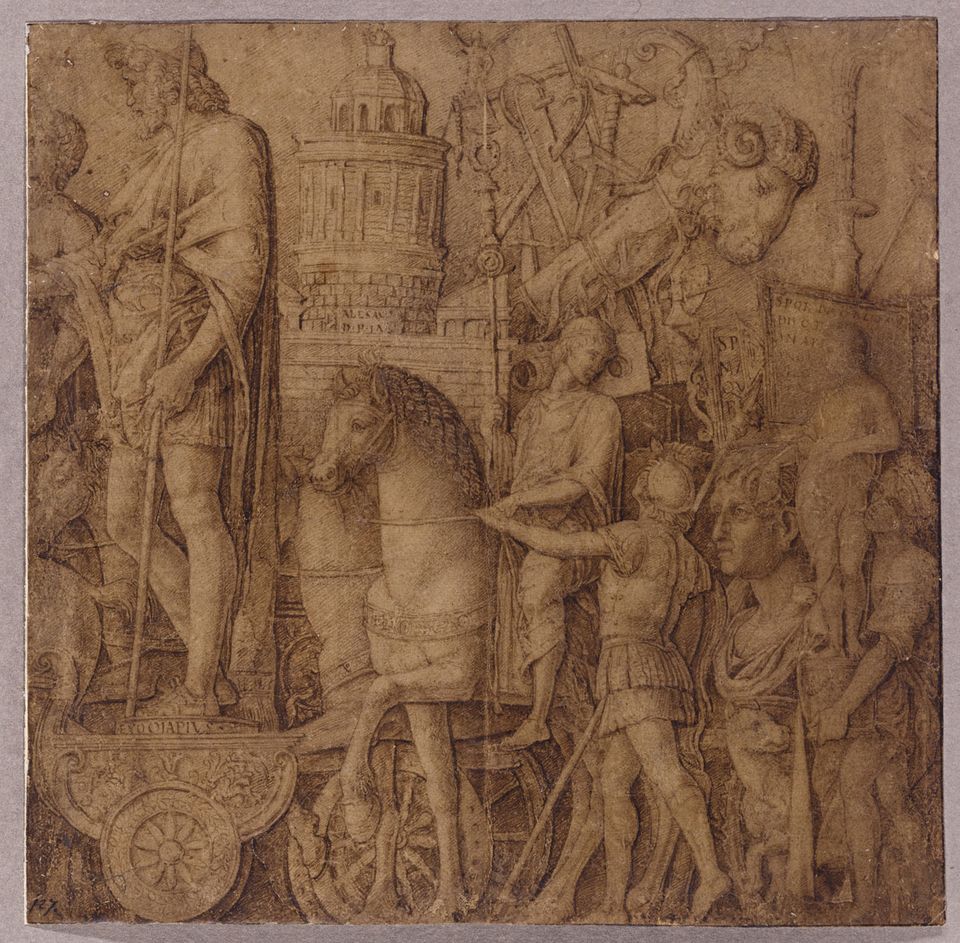 In the same week that “the last Botticelli” is being offered at Frieze Masters for $30m by Trinity Fine Art, Sotheby’s is unveiling a newly discovered drawing by Andrea Mantegna with links to one of London’s greatest Renaissance treasures. The sketch is expected to fetch in excess of $12m when it is offered for sale in New York in January.

The drawing, which goes on display in Hong Kong today, is connected to canvas II of the artist’s celebrated painting series The Triumph of Caesar (around 1480-1506), commissioned by Francesco II Gonzaga, Marquess of Mantua, and acquired by Charles I in 1629. It is now on permanent display at Hampton Court Palace.

It is one of fewer than 20 known sketches by the master and is believed to be one of only two works by Mantegna still in private hands. Cristiana Romalli, Sotheby’s senior director of Old Master drawings, says that she “cannot conceive of a more important drawing by one of the top Renaissance artists”. It is also the most complete of all Mantegna’s pen-and-ink compositional studies and the only known preparatory sketch for The Triumph of Caesar. It portrays The Standard Bearers and the Siege Equipment in a bravura display of archaeology and invention. 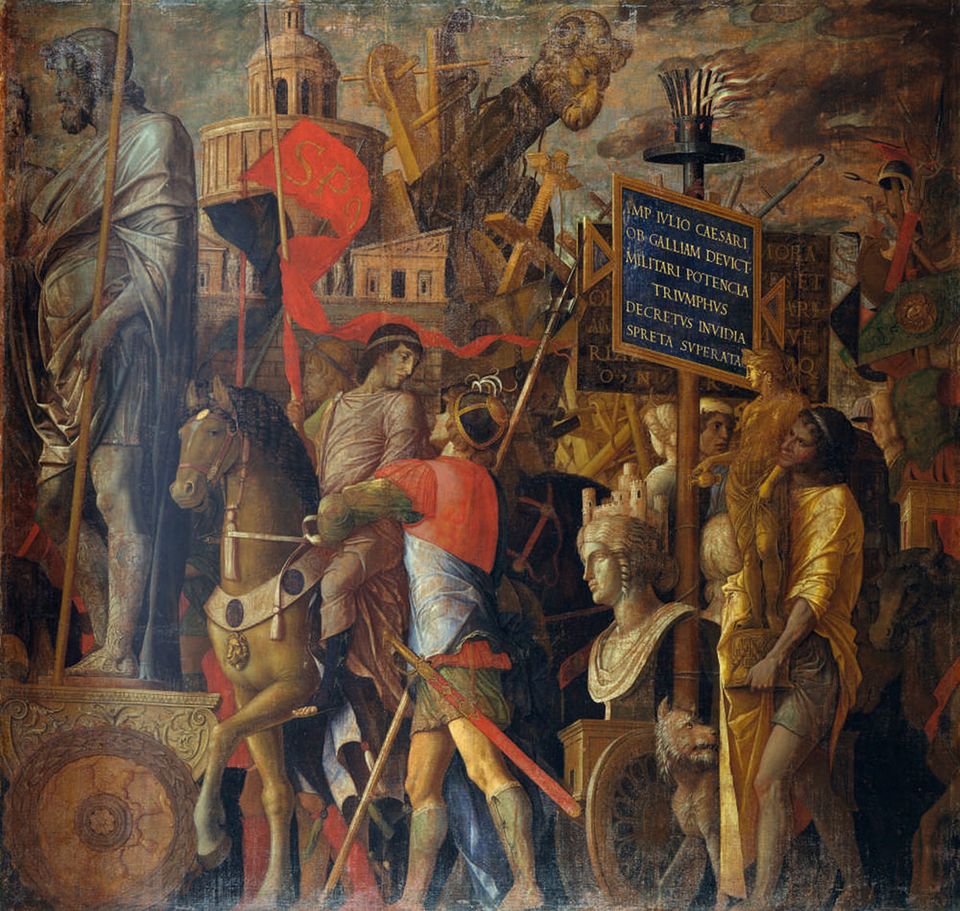 Once in the collection of the German connoisseur and artist August Grahl (1791-1868), the piece has been in the same private collection since the mid 20th-century and was recently exhibited in the Mantegna and Bellini exhibition at London’s National Gallery and at the Staatliche Museen in Berlin, where it was technically examined. The drawing, which probably dates from the late 1480s, was relatively well used. It showed contemporary wear and tear—its surface was rubbed down to make prints and was well used in Mantegna’s workshop—but it is in relatively good condition for its age. Sotheby’s own infra-red examinations have shown significant changes in the composition between the drawing and the finished canvas, confirming the exciting attribution and providing new insights into the execution of the series as a whole.

Following the Hong Kong pit-stop, Sotheby’s will take it back to New York in November, via Los Angeles. Due to its rarity, Romalli expects interest from major museums, such as Louvre Abu Dhabi, and from private collectors, particularly in Asia, where there is a buoyant market for sophisticated pen and ink drawings.

Comparative figures for similar Old Master drawings sold at recent auctions range from $14.1m for a study by Lucas Van Leyden (Christie’s, London in 2018) to $47.9m for Raphael’s Head of a Young Apostle (Sotheby’s, London in 2012). A Mantegna preparatory drawing, a study for the San Zeno altarpiece in Verona, sold in 1984 for £1.1m—a very large sum at the time—in the sale of works from the Chatsworth estate.