Dana Schutz’s record broken twice in one night at Phillips then Sotheby's, while the bidder behind the $91m Koons Rabbit buys Lee Krasner painting for $10m 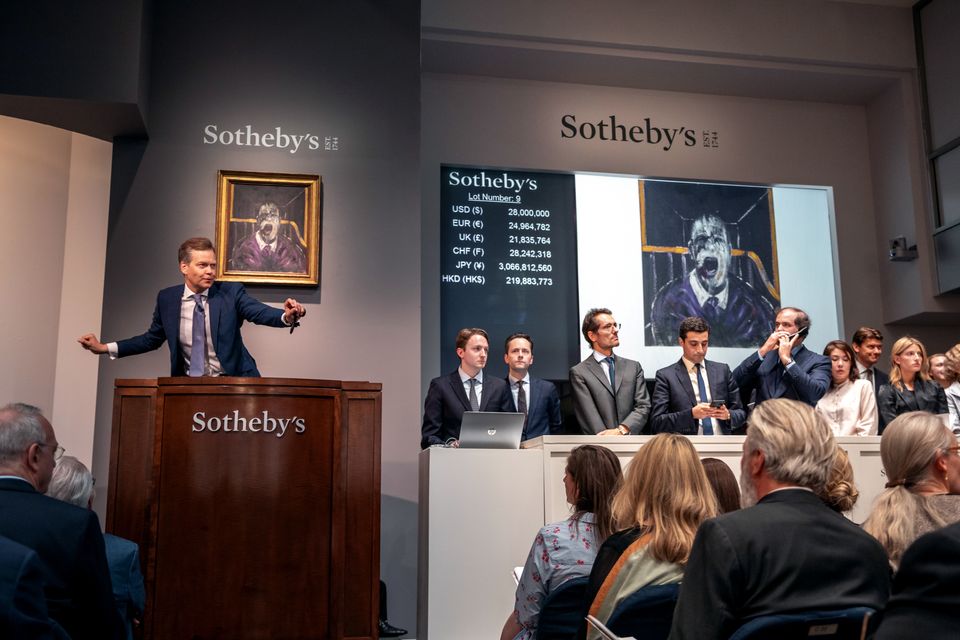 Francis Bacon's Study for a head was the highest grossing lot of the night at $50.4m © Sotheby's

After a week of strong spring sales across New York’s auction houses, the mood at Sotheby’s contemporary evening sale in New York last night was jubilant if not down right rambunctious.

Perhaps it was because many were coming straight from a strong day of 20th-century and contemporary sales at Phillips, including the highest day sale total in its history—$34.7m with fees—and an evening sale where all but one of the 43 lots on offer sold, yielding a 98% sell-through rate and an $85.3m ($100m with fees). Or maybe the crowd was still riding the $91m Rabbit high from the previous night at Christie’s, where Jeff Koons once again nabbed the title of most expensive living artist.

Either way, Sotheby’s auctioneer Oliver Barker attempted to call the room to order not once, but twice, pleading for attention like a new teacher in a classroom of wayward children. Once underway, the sale netted $291.5m ($341.8m with fees), down from last May’s $392.3m (with fees), and a respectable 88.9% sell-through rate. Though not its best sale, there was an undeniable buzz in the room for the entirety of the night and short but frenzied bidding wars broke out resulting in seven new records set.

The highest grossing work of the night was Francis Bacon’s ghoulish Study for a head (1952), considered one of the most significant Screaming Pope works by the artist remaining in private hands. Offered early in the sale and without a guarantee, it blew by its $20-$30m estimate, fetching $44m ($50.4m with fees), selling to dealer Christopher Eykyn who was bidding from the floor.

While the Bacon may have sizzled, the umber-tinted untitled work by Mark Rothko, de-accessioned from the San Francisco Museum of Art’s (SFMOMA) collection, offered a slower burn. Painted in 1960, considered the apex of the Abstract Expressionist’s career, the third-party guaranteed work squarely hit its estimate of $30-$50m, selling for $43.75m ($50.1m with fees) to a phone bidder on the line with the Sotheby’s chair of fine art, Amy Cappellazzo. 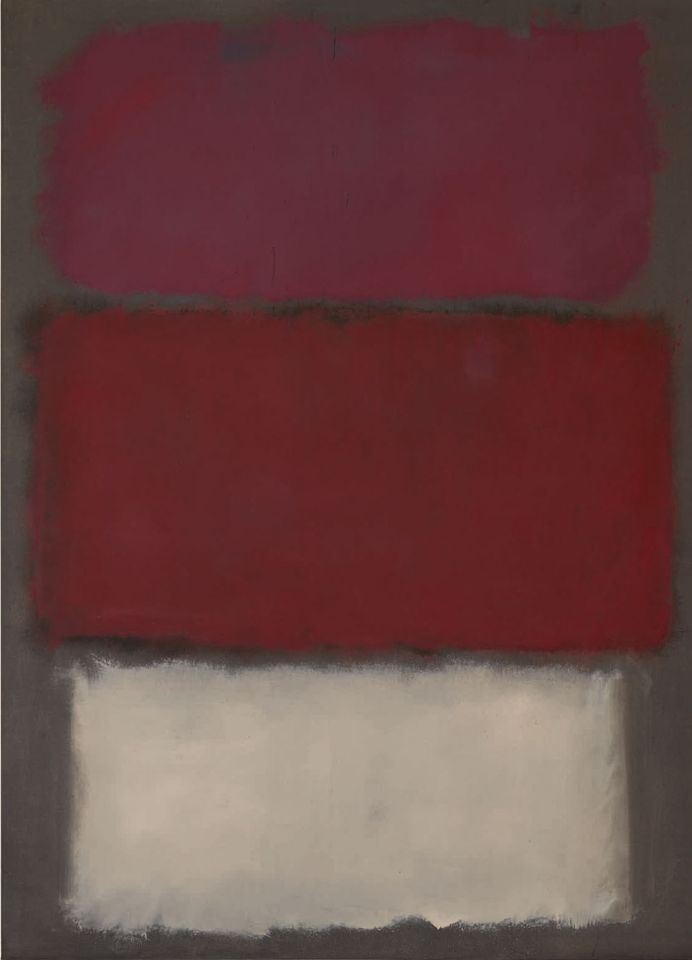 According to a statement by SFMOMA, the funds from the sale will be used to “broadly diversify the collection, enhance its contemporary holdings and address art historical gaps” continuing a controversial trend started by the Baltimore Museum of Art last year when it sold off seven works by white male artists last to fund future acquisitions of contemporary art by women and artists of colour. Unlike the Baltimore Museum, however, SFMOMA will not delimit what kind of art the proceeds from the Rothko may be used to buy.

Several other works selling for philanthropic ends fared well, too. A fierce volley of loud bidding broke out as soon as Dana Schutz’s painting Civil Planning (2004), from the collection of David Teiger and benefitting the Teiger Foundation, hit the auction block. It soared past its estimate of $300,000-$400,000, hammering at $2m ($2.4m with fees), setting a new world record for the artist. Unadulterated benevolence was likely not steering this sale, however: the artist’s record had just been upped from $795,000 to $980,000 when Phillips sold her Signing (2009) 90 minutes earlier, likely frothing the market for her work.

“Juicy pieces selling for philanthropic causes at auction are almost like the venture capitalist trend of backing values-based companies,” says the art adviser Tracy Kinnally, noting the record-setting $4.3m Jonas Wood that sold at Christie’s on Wednesday night to benefit rainforest conservation. One could argue that this added incentive to bid higher skews the market, but Kinnally adds that, “in this case I’m here for it”.

As the Schutz frenzy suggests, female artists remain in high demand (though their sales still lag behind male counterparts, to be sure). Sotheby’s also set a new auction record for Lee Krasner, whose The Eye is the First Circle (1960) sold for $10m ($11.6m with fees) to Bob Mnuchin, the same dealer who bought the Koons bunny the night before at Christie’s. Of the 19 works bearing irrevocable bids in the sale, Krasner’s was the only one with a house guarantee, and for good reason—the large-scale painting was has been in the same private collection for the last 23 years and is now earmarked to be included in the Barbican’s upcoming travelling retrospective of her work opening 30 May. 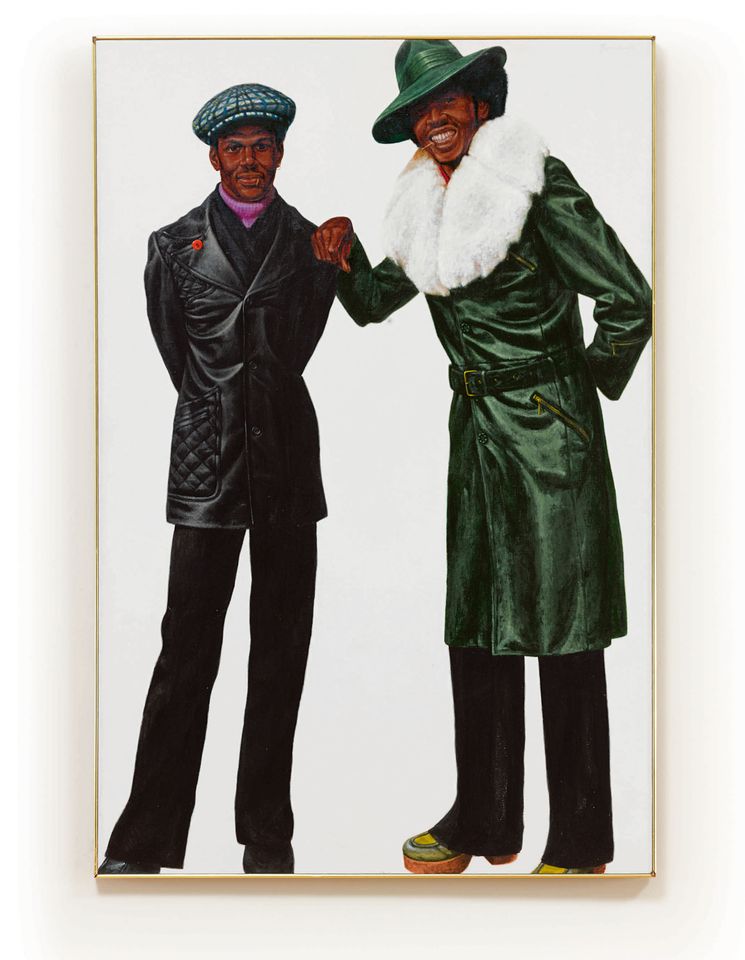 Indeed, Sotheby’s has had the edge on gender and racial diversity in its contemporary sales ever since the house sold Kerry James Marshall's Past Times for a record-shattering $21m last May. Last night’s sale did not disappoint, either. Barkley Hendrick's Yocks (1975) set a new world record for the artist when it hammered at $3.1m ($3.74m with fees). Rashid Johnson’s Untitled Escape Collage hammered at $950,000 ($1.2m with fees), more than doubling his auction record, while a tree painting by Charles Gaines sold for $380,000 ($475,000 with fees); his previous record was $50,000.

The auction house also has the edge on KAWS (aka Brian Donnelly) ever since a painting by the New Jersey-born artist fetched a jaw-dropping $14.7m at Sotheby’s Hong Kong in March. A Smurf painting by the artist, Kurf (Hot Dog), went for just over its $2m high estimate last night. Some surmised that the Hong Kong result would spur the price skyward, especially since the Brooklyn Museum just announced a forthcoming KAWS survey show this week.

But if one hopes that this reveals a correction in the market for his work, then one would be wrong. Earlier in the evening at Phillips, a SpongeBob-inspired painting sold for more than nine times its high estimate of $600,000, fetching $5.9m (with fees), making it the second most expensive work by the artist.